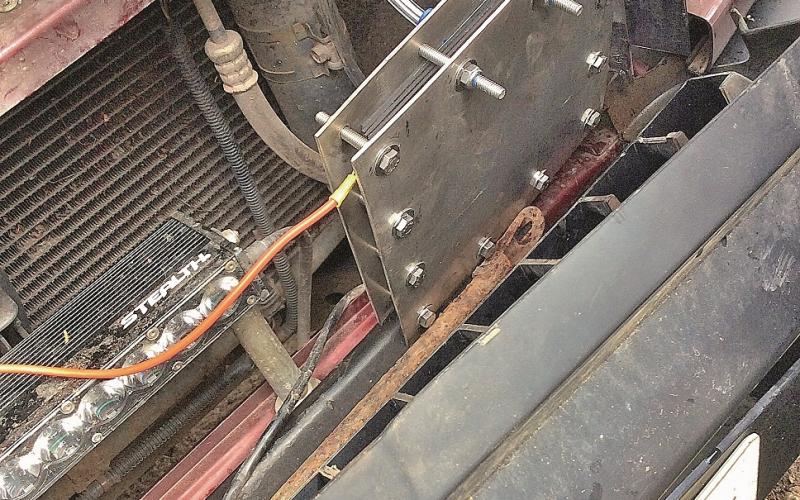 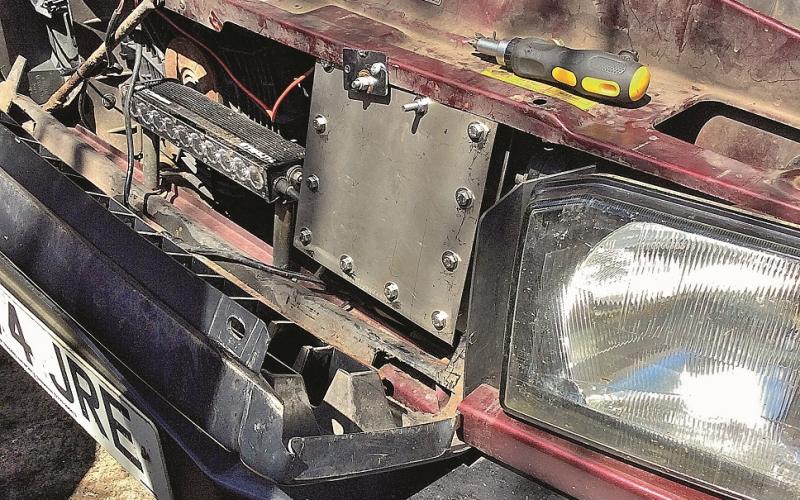 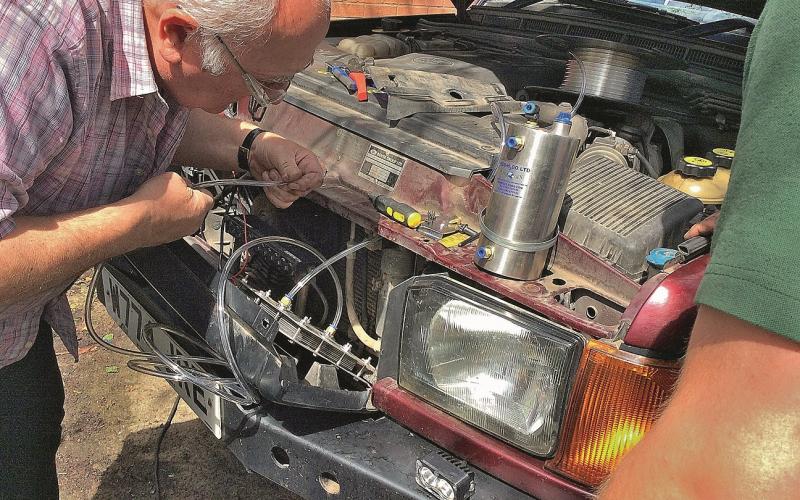 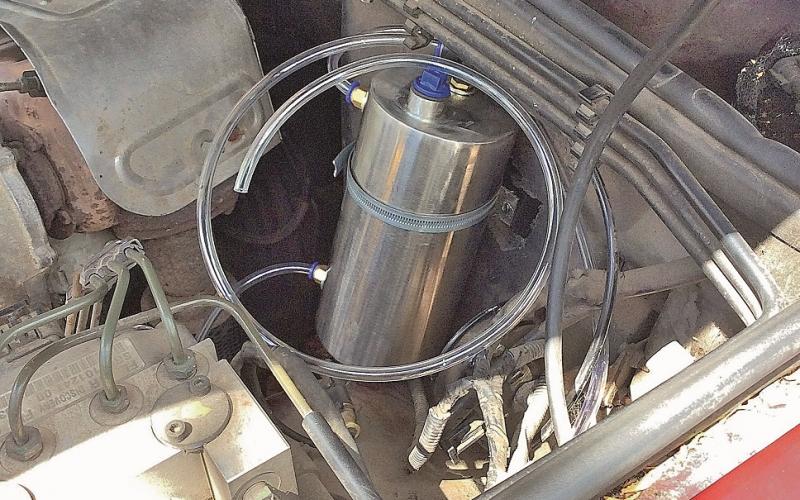 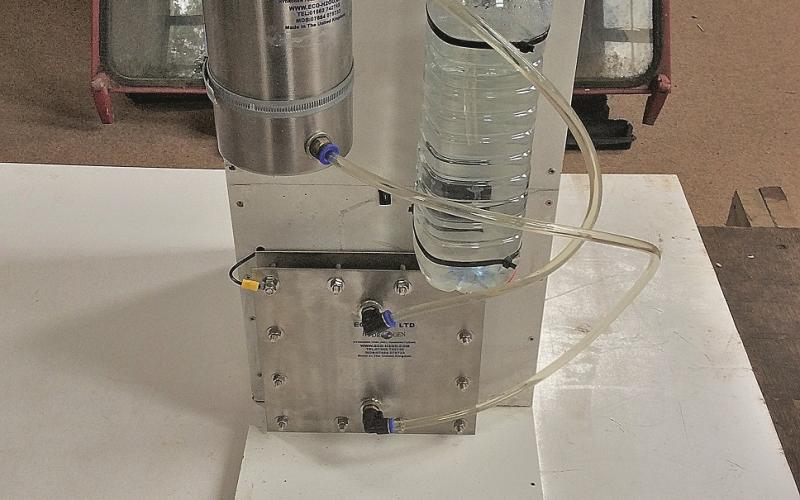 GETTING 4X4S’ ENGINES TO USE LESS FUEL is the modern equivalent of turning base metals into gold. Everyone wants to work out how to do it, people are convinced that cracking the secret will make them rich and, as it turns out, the best answer normally turns out to be to just buy some gold in the first place.

To put it another way, making 4x4s use less fuel is something their manufactures are very good at – just take a look at what a modern engine gives you compared to one from 20-odd years ago. But among all the potions, additives, magnets, gadgets and trick ancillaries that have been wheeled out promising to make your off-road sip fuel like a supermini, precious few have ever produced the results to back up their extravagant claims.

One thing they’ve all got in common is that the moment they raise their head above the parapet, all new fuel-saving technologies get instantly rubbished by know-nothing forum jockeys acting clever to impress their adolescent friends. We, however, being professionals, have always believed in giving people the benefit of the doubt. ‘Be sceptical but not cynical,’ as any good journalism school should tell its students and no doubt so would ours if we’d ever been to one.

Anyway, that’s why the eyebrow we raised when 4Most 4x4 told us about its new HHO fuel cell kits was interested, not jaundiced. Produced by Eco H2Go of Kidderminster, this is based on a system that company has been selling into the commercial vehicle market for a while, and 4Most 4x4 has been appointed its sole dealer for 4x4 applications.

Put simply, the system works by feeding hydrogen into the vehicle’s air intake, in effect boosting the octane level of the fuel. The result is a much cleaner, more efficient burn, allowing the engine to do its work while using less fuel.

This is good news for your pocket, obviously, and also for the quality of the air in the immediate vicinity of your truck. The waste gases coming out of your exhaust will be cooler and very significantly cleaner, if the proponents of HHO are to be believed – we’ve seen pictures of a clean cloth placed over a Pajero’s exhaust pipe before and after a system was fitted, and what was black with thick soot has become as good as unmarked. Again, be sceptical, however Mike Foster of 4Most 4x4 says he was too – but that’s he’s managed to replicate that test since fitting a kit on his Discovery.

HHO, by the way, stands for oxyhydrogen. This is a mixture of hydrogen and oxygen gases which is used as a fuel in, for example, gas torches and NASA rockets. Lively stuff, then. In the Eco H2Go fuel cell it’s created by combining potassium hydroxide and de-ionised water, neither of which needs to be topped up at anything more than occasional intervals. The system can be switched on and off while the engine is running, and Mike told us that the effect on his Discovery’s 194,000-mile TD5 engine was immediately obvious, running more smoothly the moment the button was pressed. It also appeared more responsive, he told us, though it needs to be stressed that these are just initial impressions with the vehicle on a rolling road.

The HHO kit is new to the 4Most 4x4 line-up of products and is only just undergoing testing now. The company’s own Discovery is the first vehicle they’ve fitted with one, and Mike stresses that he’s approaching it with an open mind.

Be as sceptical about that as you need to be, given that his company is selling the things, but don’t be put off be your own or anyone else’s cynicism. A common criticism you’ll hear coming from nay-sayers is that on vehicles which (unlike this Discovery) have an O2 sensor in their exhaust, the ECU will interpret the cleaner emissions with the hydrogen cell running as a symptom of diesel starvation, and respond by brutally over-fuelling the engine – not exactly the result you were going for. As Mike says, though, while this is plausible you just need to talk to the vehicle and tell it to calm down. Commercial vehicles fitted with the system have thrown codes pointing to a blocked particulate filter when it’s switched on – the answer is simply to plug in Autologic and reassure it that nothing’s wrong.

Interestingly, manufacturers of similar systems in the Philippines (where this one’s designer got his inspiration) say that after a period of weeks with a cell, engines will run with much lower emissions – even with the HHO system switched off. The conclusion is that the hydrogen is conditioning the engine by burning off the carbon deposits inside it. The Filipino manufacturer claims up to an 82.1% improvement in fuel economy, and that this figure is the result of testing by the DOST (the local equivalent of the DfT), but we’re more given to believe the same company’s report that a 200Tdi Discovery saw economy climb from 25 to 30mpg.

That alone is an improvement you’d be happy with, though with a kit costing £550 plus VAT delivered or around £660 including VAT installed, you do need to do a few miles to pay for it. Factor in the smoother running, along with cleaner emissions and longer engine life and, if all the claims made for this technology are sound, you’ve got a very tidy package of benefits indeed.

For now, 4Most 4x4 is still testing its Discovery and has promised that once it has obtained some data, the facts and figures will be made available whatever they say. We’ll be reporting on these as soon as they’re available.

It’s easy to be a know-all about technologies like these, but if there’s a chance that the Eco H2Go system does what is says it can you’d be a fool not to keen an open mind about it. As Mike says, ‘you’ve got to experience it before you rubbish it.’

Whatever his company’s involvement, those are wise words; that company can be found at www.4most4x4.com.