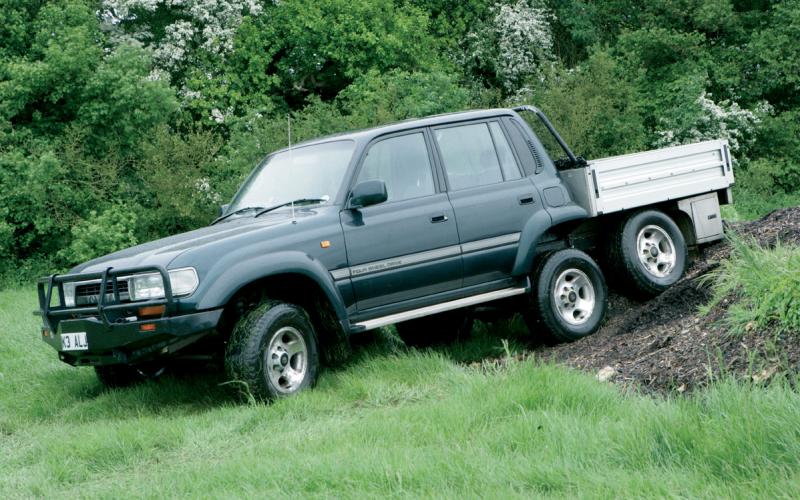 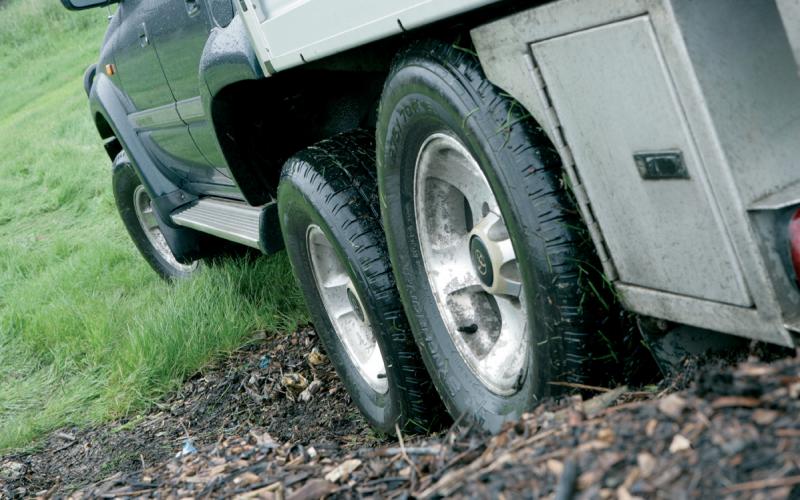 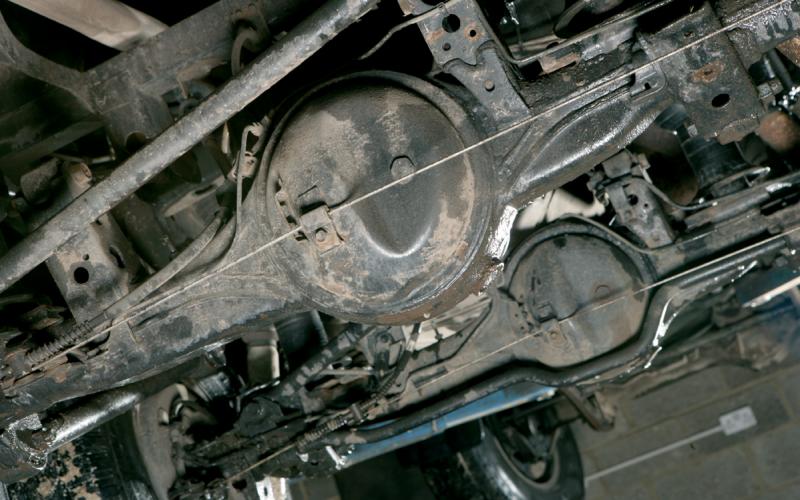 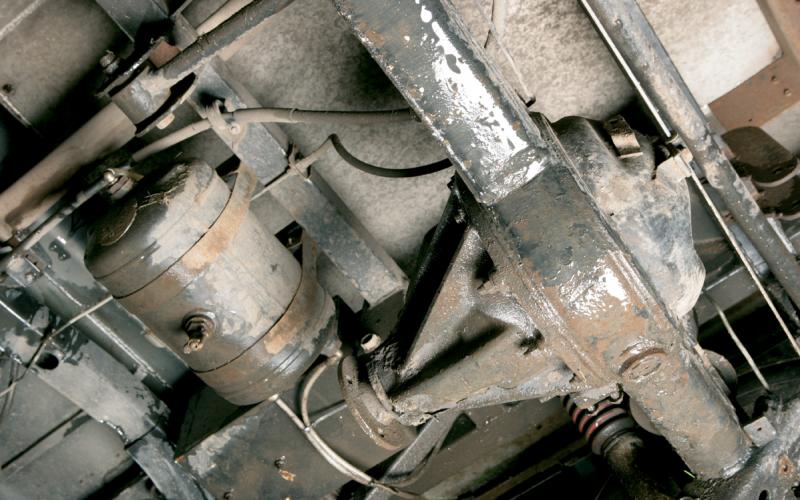 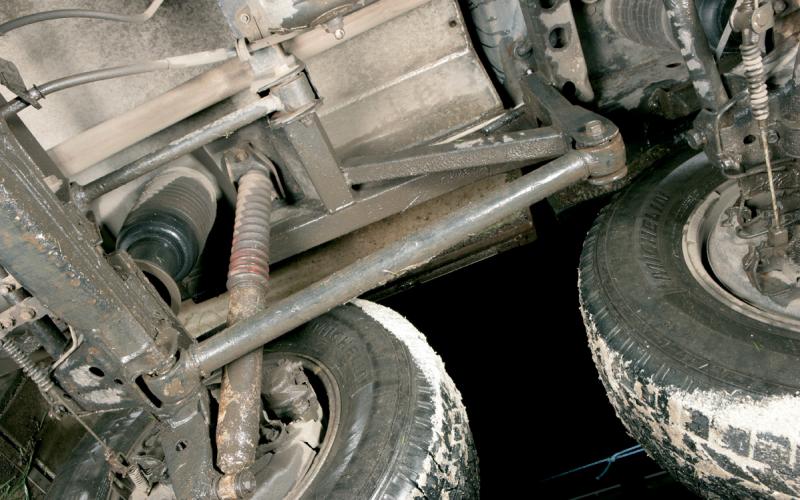 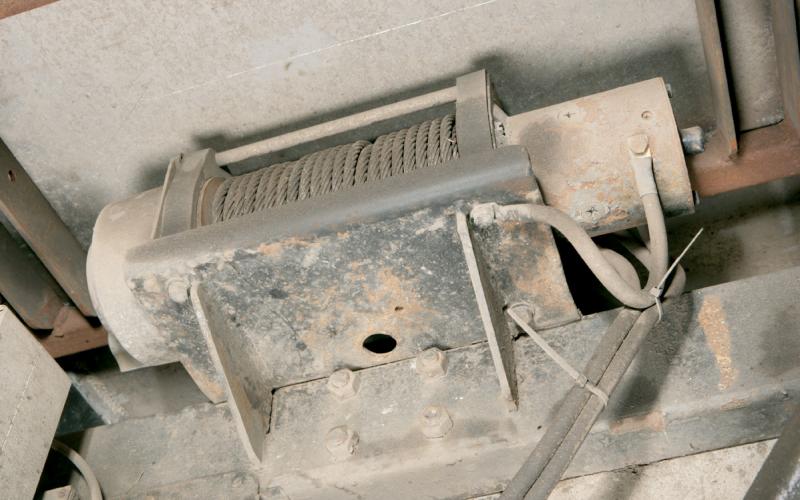 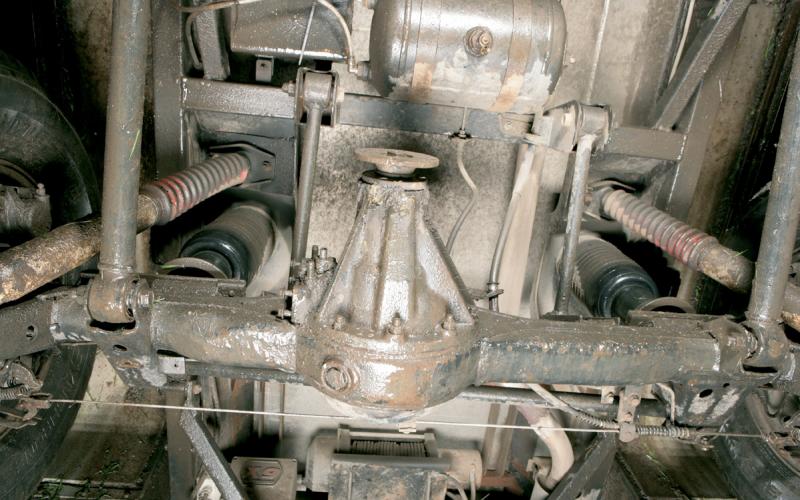 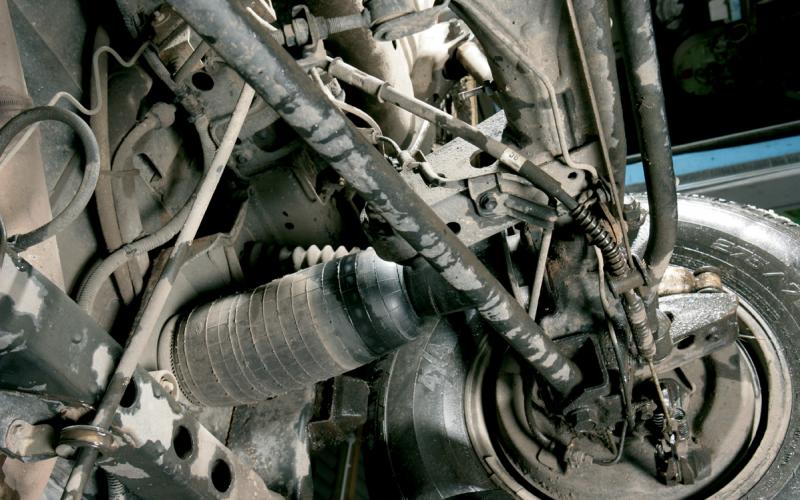 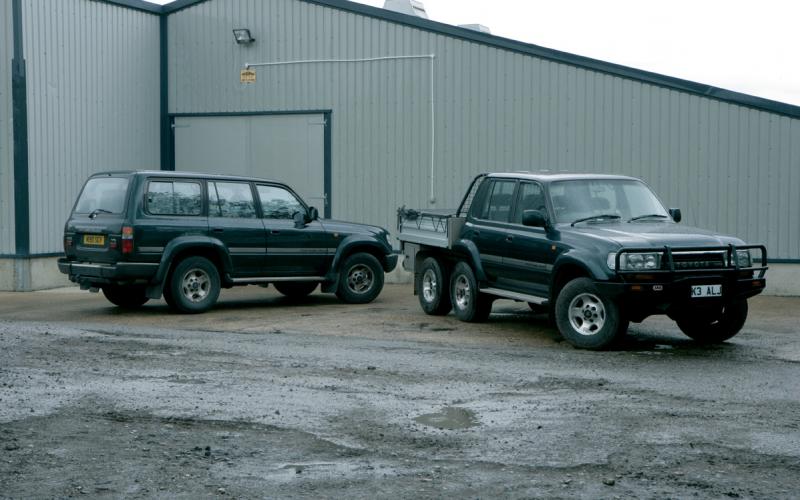 People told Adam Johnson he was mad when he decided to fit a third axle to his Toyota Land Cruiser. Thanks to a combination of his exceptional handiwork and a clever suspension set-up, however, no-one’s laughing now.

During the four years that this magazine has been in existence, we’ve reported on some fairly ambitious projects. There are people who have built one-off vehicles from scratch, enthusiasts who have converted leaf-sprung axles to coils, and Suzuki Vitara owners who have replaced independent front ends with a beam axle.

What we haven’t previously covered is a vehicle whose owner has decided that the conventional two-axle, four-wheel configuration is inadequate for their needs. But that’s exactly the conclusion reached by Adam Johnson with regard to his L-registered 80-Series Toyota Land Cruiser.

‘We’ve had nine Land Cruisers,’ says the Kent-based farmer, ‘and every one has impressed us.’ There are four examples of the marque on the Johnson farm at the moment – but by far the most unusual is the 6x4 version you see here.

‘The vehicle was originally my father’s,’ Adam tells us, ‘but I took it over when it was about ten years old.’ Adam’s father didn’t believe he would ever have the courage to perform such a major piece of engineering work on a vehicle that was still worth around £10,000. But the idea of fitting an extra axle was not entirely new to him. Adam had already produced a prototype of the vehicle he had in mind by the time the 80-Series came in to his possession. This project was made up of a mix-and-match of components, but Adam was pleased with the results and views it as a useful learning experience. ‘I used a lot of Land Cruiser parts on the first six-wheeler I built,’ he reports. ‘That vehicle lasted for about ten years, so I knew it was worth taking the trouble to build another.’

Adam’s love of reliability in his vehicles means he was never tempted to use a lesser model as his base truck. ‘The car is predominantly used for towing my trailer,’ he says, ‘so I can’t afford for it to let me down. In my experience, Toyotas rarely miss a beat.’

Having waited until his father was away on holiday to begin work on the project, Adam started by removing the Land Cruiser’s interior. He then used a petrol-powered angle grinder to cut off the rear of the body, slicing through the back window opening and down in line with the wheelarch. He then made a neater cut just behind the back doors, on to which point he would subsequently re-attach the rear section he initially removed.

While he was involved in the job of cutting the vehicle about, Adam removed the back section of the chassis, taking it off from the point of the rear wheels. He then fabricated and fitted a two-metre extension, which enabled him to install the additional axle and created sufficient room for the aluminium loading bay, which is also the result of his own handiwork.

The extra axle was taken from an 80-Series Land Cruiser in a breaker’s yard, which was by far the easiest option in terms of getting the dimensions of the build correct. No drive is delivered to this component, which made installing it a little more straightforward.

That said, government regulations on six-wheel vehicles insist that the handbrake operates 50/50 on both rear axles. In order to fulfil this requirement, Adam modified the Toyota’s existing handbrake, which operated on the axle that was originally the rearmost but had recently become the one in the middle. He inserted a splitter in the cable, meaning its force could be diverted to operate on the new wheels as well as the existing ones.

A major factor in Adam’s decision not to make the vehicle six-wheel drive was his desire to retain the original transmission set-up. ‘I think the Toyota gearbox and transfer case are brilliant pieces of equipment,’ he opines, ‘so I didn’t think it was worth losing them.’ Given that the vehicle is not designed for use as an out-and-out off-roader – although Adam asserts that it is more than capable of holding its own on rough ground – this seems like a perfectly reasonable decision to have made.

Where the extra axle really starts to earn its money is in terms of the suspension configuration. Adam removed the standard coil springs that were fitted to the Land Cruiser and replaced them with an air suspension system. This utilises air bags, which can be inflated or deflated at the touch of a button to suit the prevailing conditions. For fully-loaded driving with a trailer in tow, Adam can pump the air bags full and take advantage of stiffer suspension. When the truck is empty but for a few passengers, however, he can let some of the air out and enjoy a softer ride.

Fitting the suspension was an involved job. Whatever Adam did, he would have found it necessary to construct suspension mounting points on the section of the chassis he fabricated in order to extend the vehicle’s length. With that task ahead of him anyway, he decided it was worth taking the extra trouble to convert the vehicle to the air set-up. This entailed replacing the coil spring mounts on each of the axles and the parts of the original chassis still in place – but Adam reckons the result has made the effort entirely worthwhile.

One of the great advantages of the arrangement is that it functions as a form of compensating rear suspension, which means it operates in similar fashion to the set-ups on large six-wheeler lorries. The air bags for the two rear axles are joined together. This means that when the middle axle goes over a bump, the air transfers to the rearmost axle, enabling the middle wheels to lift up and pushing the rear ones down. The result is a much smoother ride, as well as considerably improved towing performance.

When it came to constructing the rear loading platform, Adam was confident in his own ability to produce something that was in keeping with the rest of the truck. He settled on an aluminium design, which utilises side panels from a Nissan Cabstar commercial vehicle that were cut down to suit their new application.

The loading bay provides plenty of room for Adam to store grubby farm equipment, which is one of the main reasons for his decision to embark on the project in the first place. ‘The Land Cruiser was in lovely condition inside when I got it,’ he says, ‘and it seemed a shame to dirty it by carting around grease guns and the like. I can now keep all that stuff in the rear, which keeps the inside (which he subsequently re-installed, after removing it for the body alterations) nice and tidy.’

If the work described so far sounds impressive, consider also the fact that the rear platform functions as a tipper, and that Adam designed and made this in his workshop on the farm. ‘It’s a fairly well equipped workshop,’ he says, ‘which encouraged me to be ambitious in what I took on.’

One job that Adam was unwilling to tackle was the respray, and he paid a local firm to take care of the paint job. Although this was not cheap, he is pleased with the results, and feels he saved enough money in other areas to warrant the extra expense involved in getting this aspect of the build just right. ‘When you’ve put this much effort into a project, you want to ensure it looks alright,’ he muses. Put like this, the respray looks like money well spent, because the smooth paint finish is the perfect complement to the high-quality workmanship in evidence throughout the car.

A rear winch has been fitted with towing work in mind rather than for self-recovery, and a further indicator that this car is not intended for hardcore mud bashing is given by its road-biased tyres. ‘I take the car pretty much everywhere I go,’ Adam says, ‘so on-road refinement is much more important to me than off-road grip.’

Beneath the bonnet, Toyota’s doughty 4.2-litre turbo diesel engine burbles away, and Adam is well satisfied with its power output. Despite the heavy engineering to the rear end; the Land Cruiser’s wheelbase remains completely standard – the additional length is all behind the middle axle. This is by no means insignificant (the vehicle is about 5.5 metres long), and has obvious implications in terms of manoeuvrability. Nonetheless, Adam does not find it unwieldy, and motorway performance is as good as it ever was when the truck was a standard four-wheeler.

Although Adam’s understated manner creates the impression that this project was all plain sailing, don’t be fooled into thinking it was without problems. He found repositioning the fuel filler, which was removed when he cut the body down to size, a particularly onerous task, for example, and spent a long time fiddling with various arrangements before finding one that works. The extensive work to the bodyshell also necessitated installation of a new floorpan, and this was by no means a simple task.

Despite that, Adam seems to have enjoyed the process, and is currently thinking of performing the same conversion on a 100-Series Land Cruiser. ‘I’ve also been approached about building one for someone else,’ he states, ‘but it’s a big job, and I don’t think it would come that cheap!’

In fact, Adam reckons it took 630 hours to complete the build (he kept a tally on his workshop wall). This figure gives an indication of the level of detail involved in such an ambitious piece of engineering, and this in turn shows Adam’s high level of skill. The work was all completed in his home workshop, remember, and the vehicle sailed through its engineer’s report and MOT.

Since then, he’s covered around 30,000 miles behind the wheel of his 6x4 Land Cruiser, and he hasn’t experienced a single problem. Much of this time has been spent with an 18-foot trailer attached to the rear – creating an overall vehicle length of about 35 feet – and there has also been the usual general work around the farm. The standard Toyota diff-locks are still in place on the front two axles, which means the vehicle has ample grip in wet fields and on muddy tracks.

All in all, Adam regards the build as a resounding success. It may have taken a great deal of time and effort, and no small amount of expenditure on the necessary parts, but the result is just what he envisaged. He has managed to produce a vehicle that is precisely matched to his needs, and that is a rare thing indeed. More than that, however, Adam has completed a really ambitious project to an exemplary level.

This might not be the sort of off-roader many people would think of building. But it certainly does go to show that if you do have the courage and skill to think really big, the results can be truly outstanding.