Vehicles > Hybrid > A Hybrid Among Hybrids

A Hybrid Among Hybrids 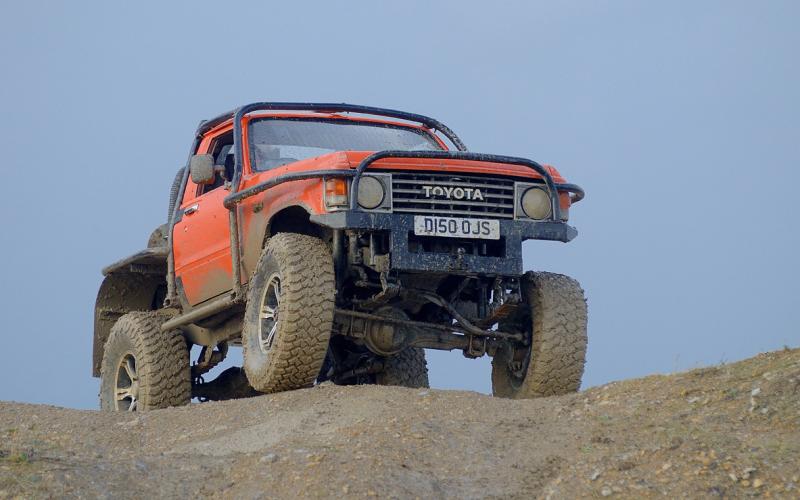 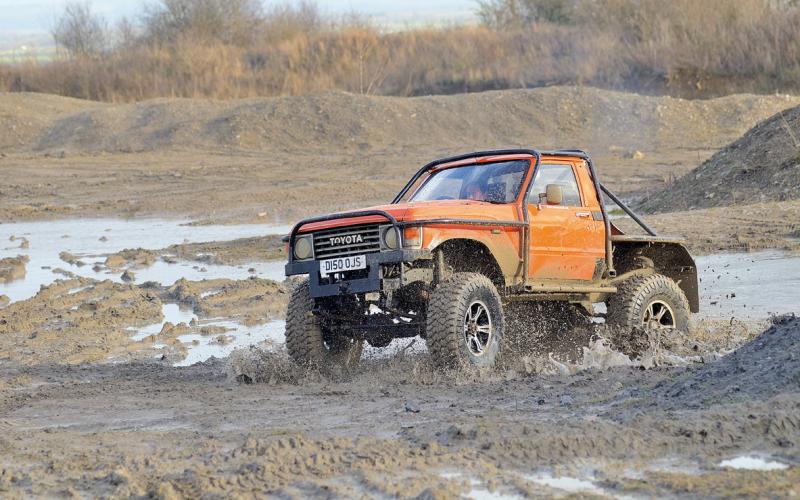 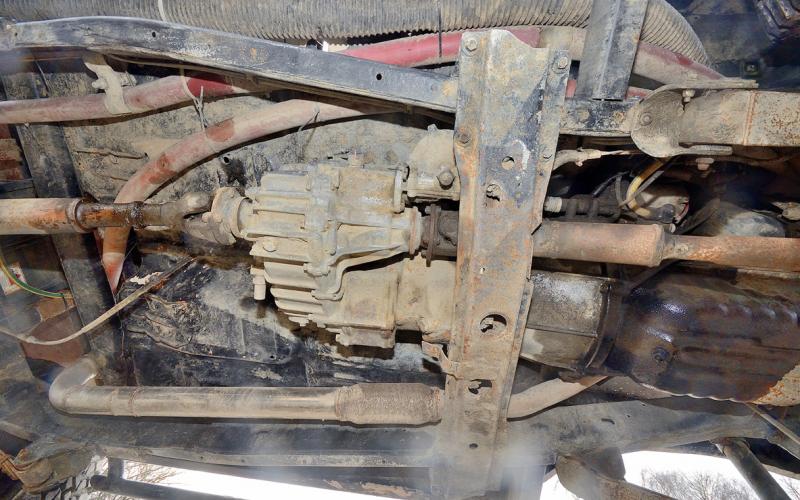 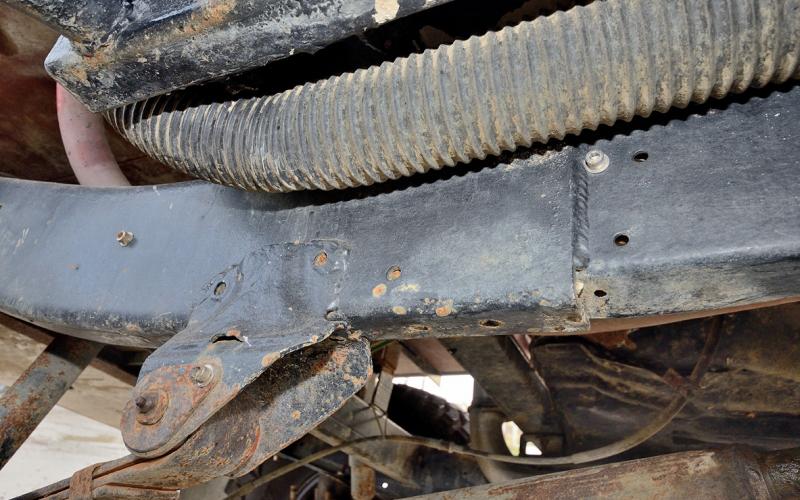 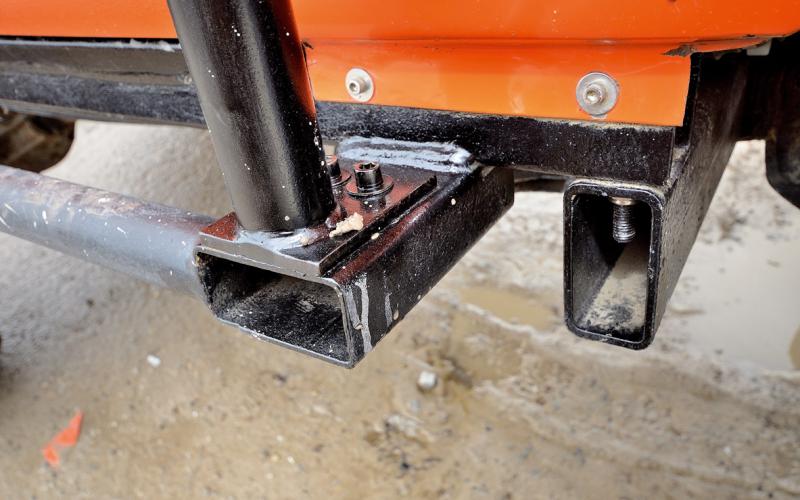 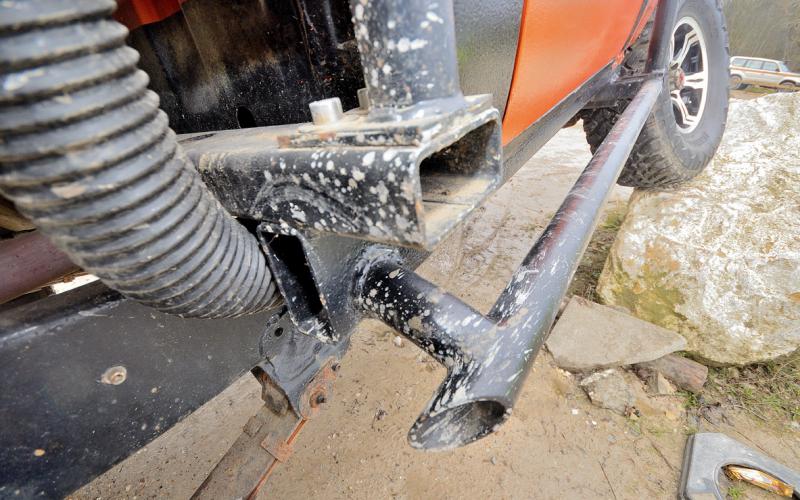 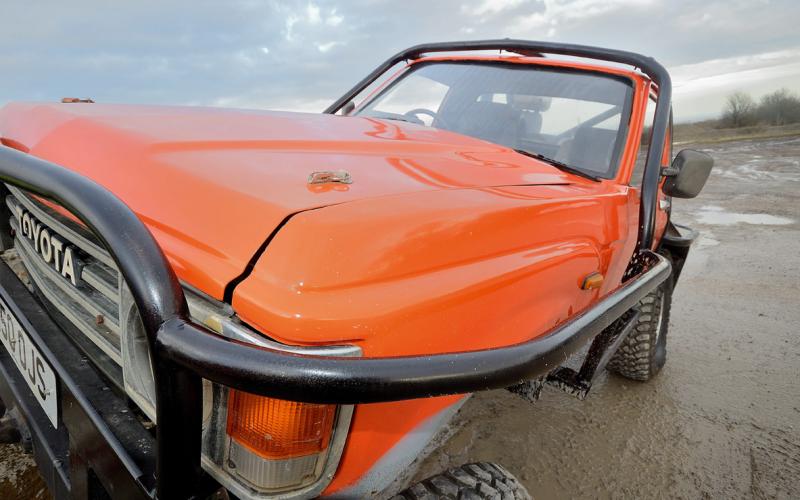 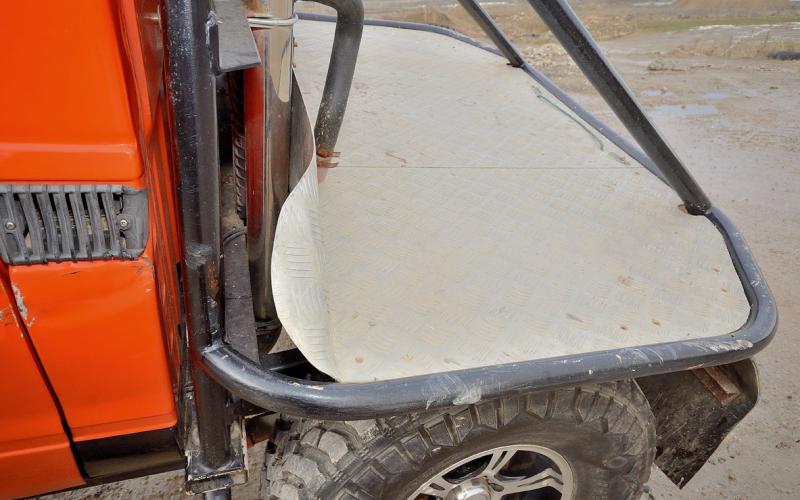 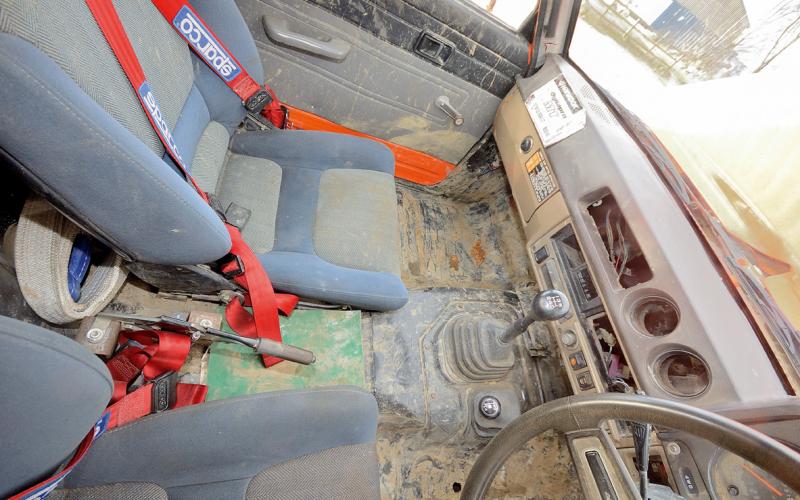 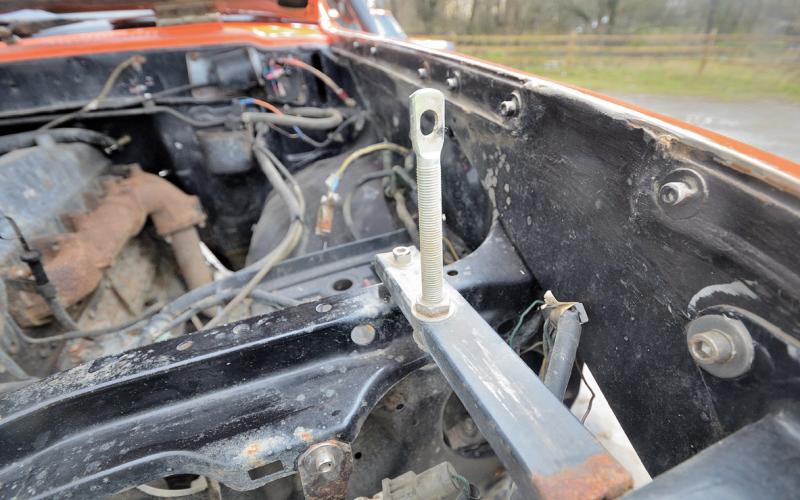 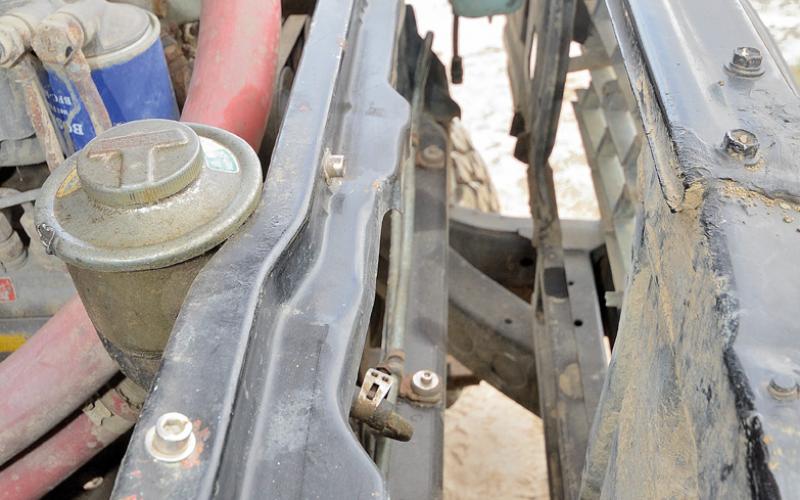 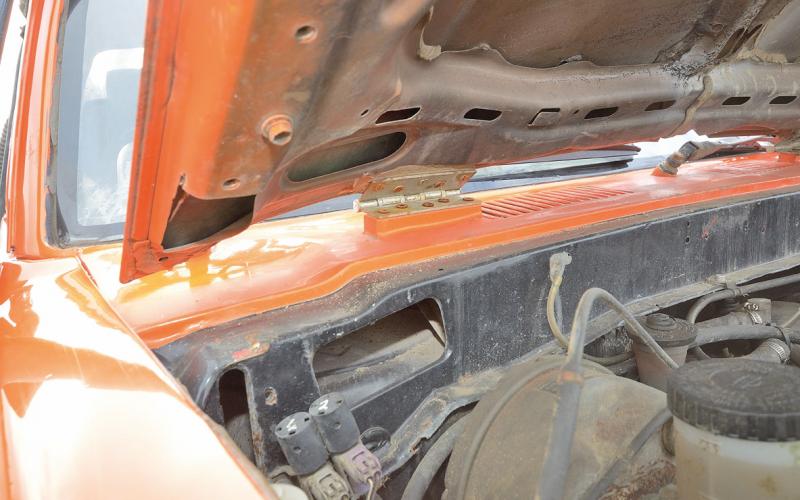 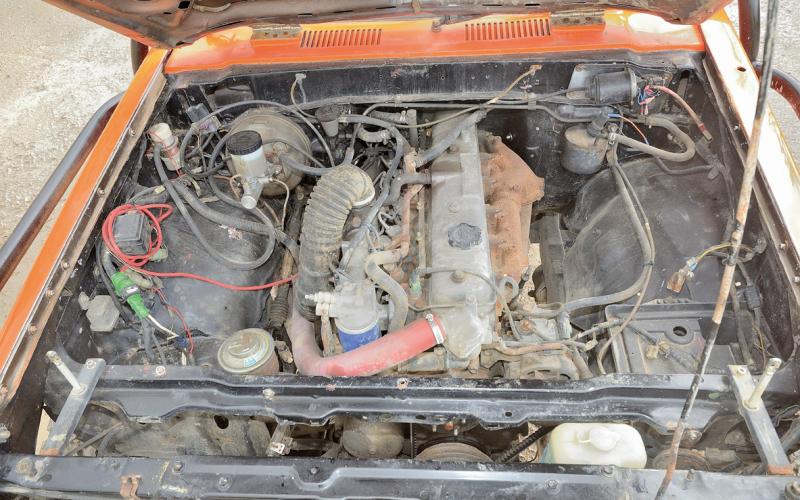 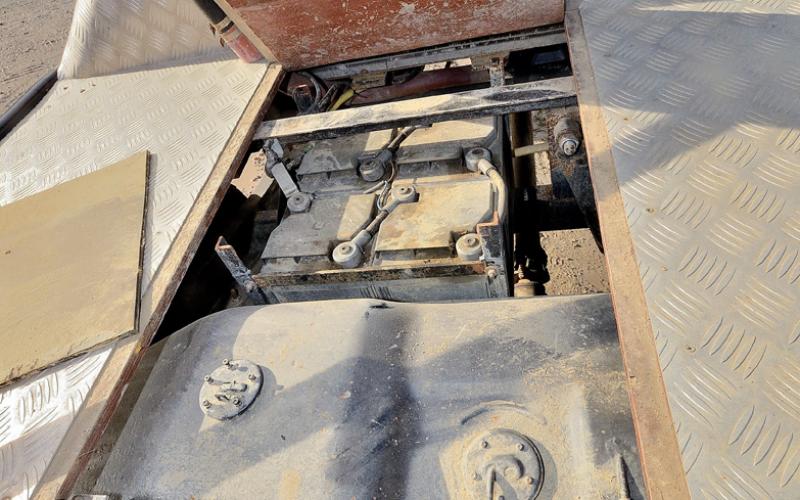 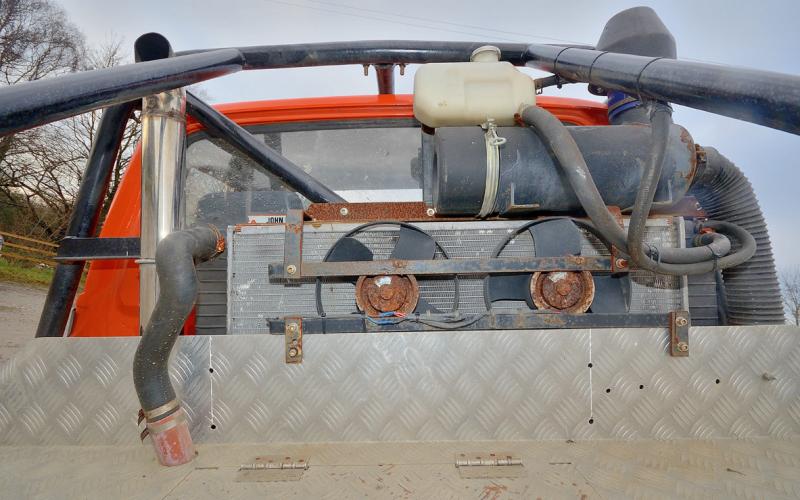 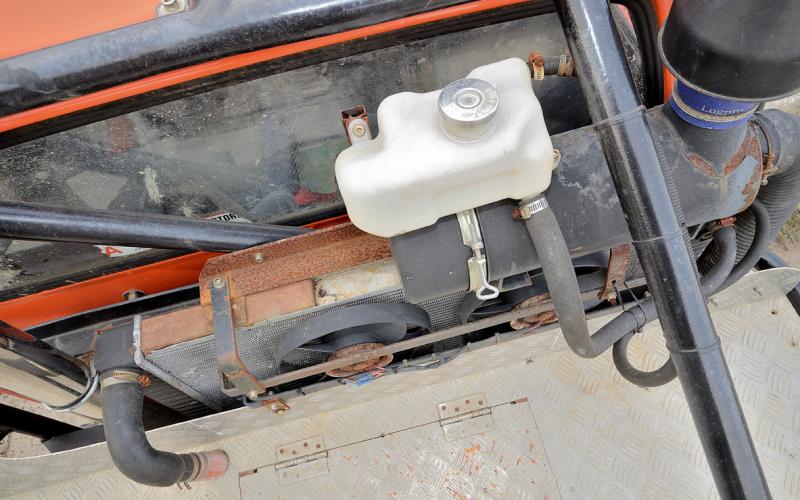 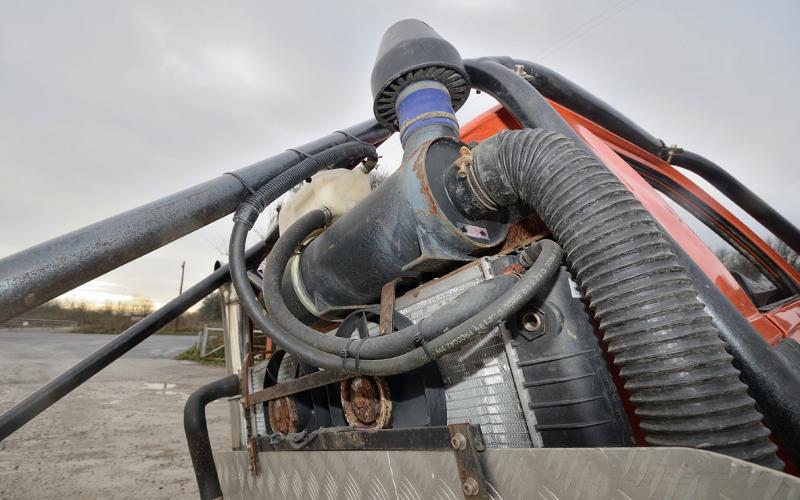 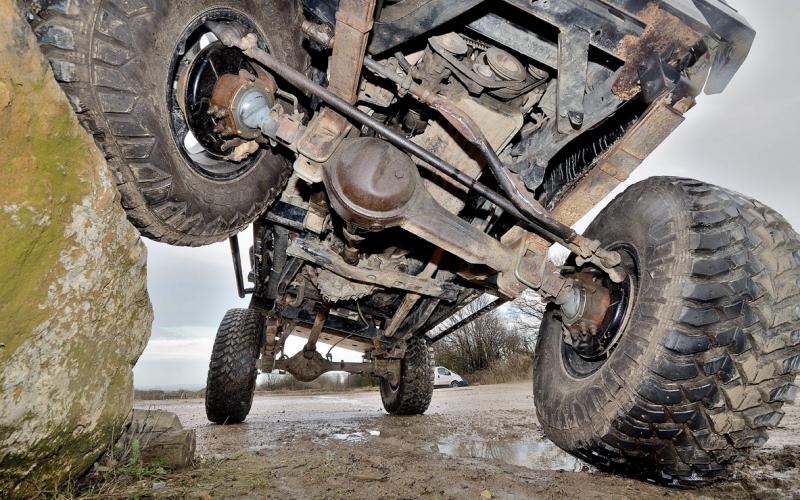 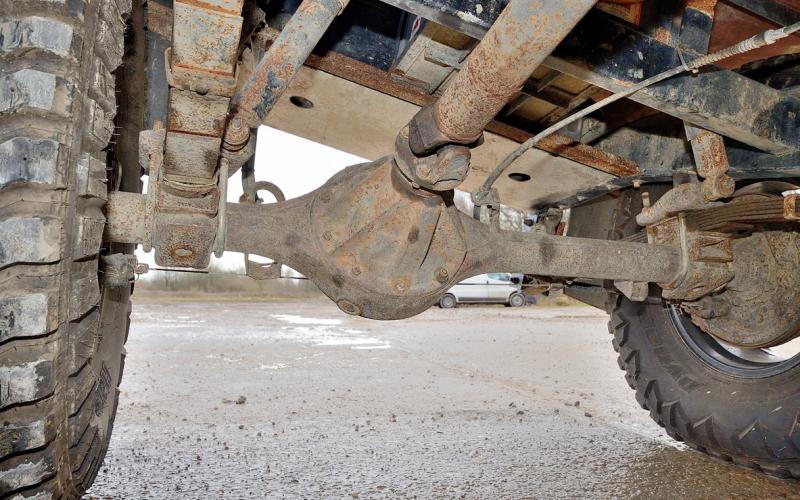 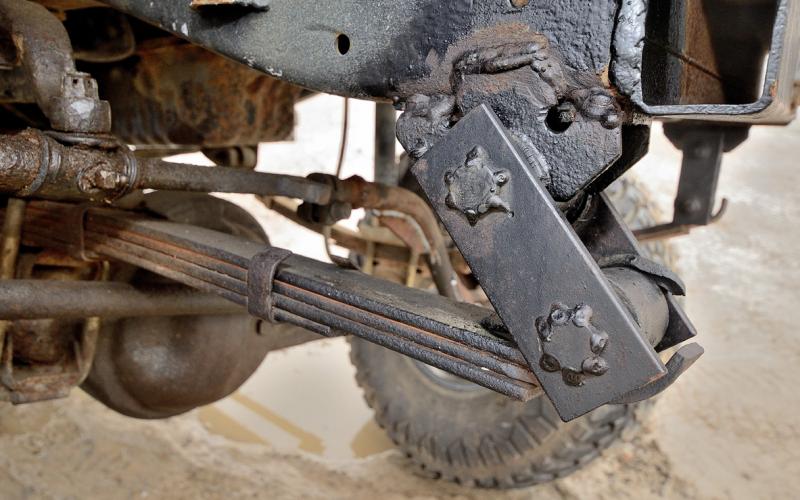 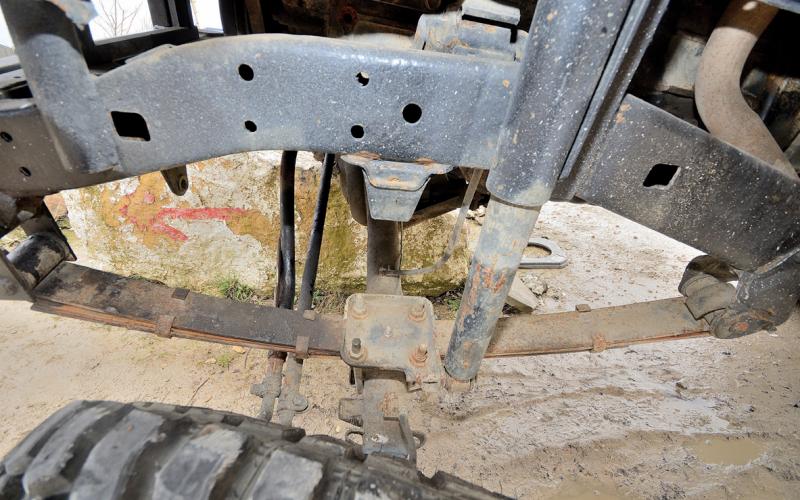 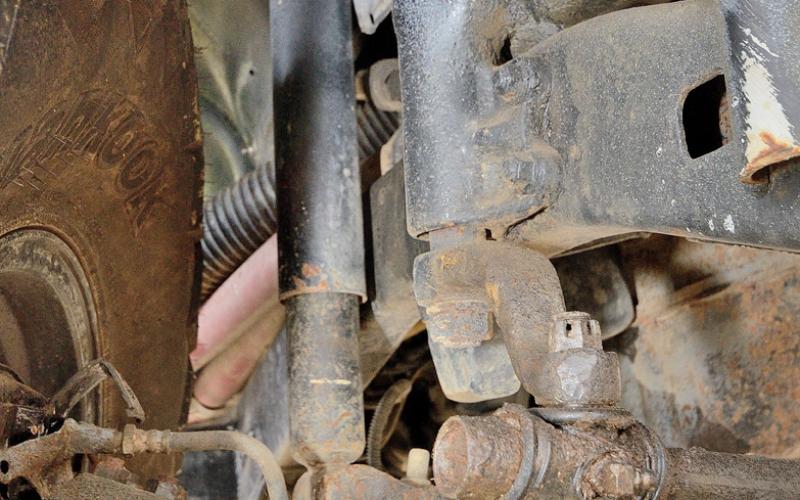 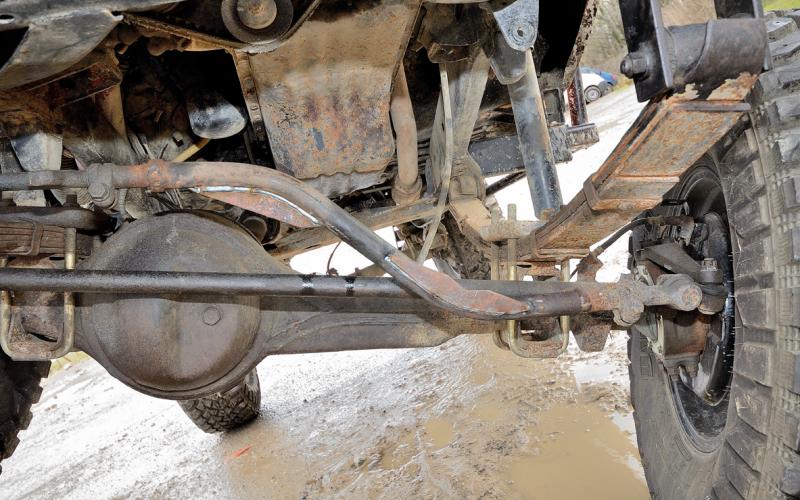 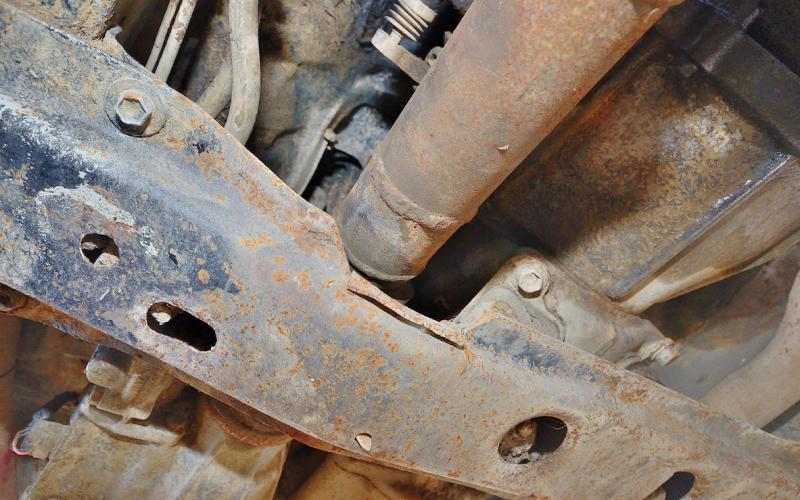 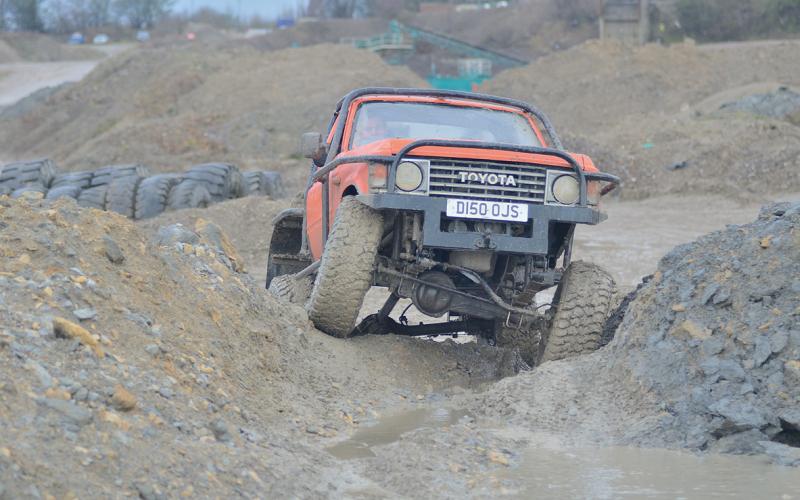 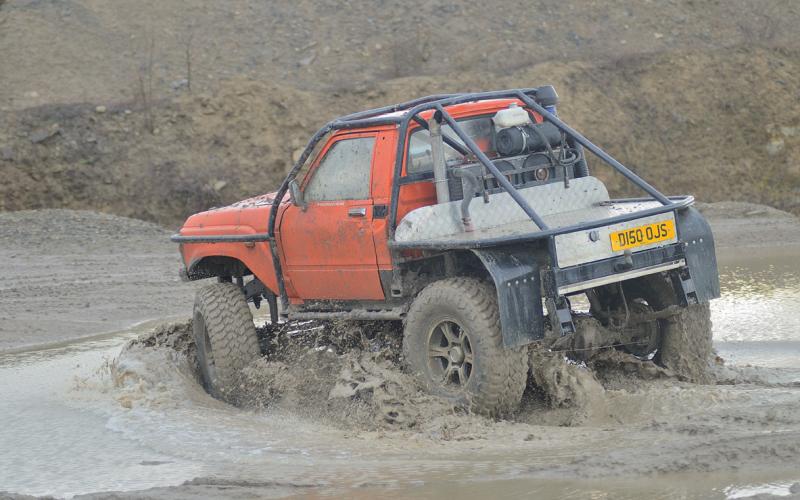 Being a chartered engineer by trade gave Sean Robb a head start when it came to restoring his well worn 60-Series Land Cruiser. But that only begins to tell the story of a truck whose chassis and body are both hybrids in their own right. It’s got bits from a Ford Fiesta… and others from a Class 150 diesel train. It’s built to the highest standard imaginable. And it took  him all of six weeks…

The vehicles we feature on these pages tend to fall into three broad categories. There’s the modified ones, which are basically standard trucks that have had some extras added. There’s the hybrids, where people have typically used one as a base and put bits from another on top. And then there’s the one-offs, built completely from scratch.

Sean Robb’s Hi-Lander is neither, or maybe all, of these. It’s a modified Toyota Land Cruiser. It’s a hybrid with a Hi-Lux body on a Land Cruiser chassis. And it’s a one-off whose body and chassis alike have been hand-built by Sean himself, from what less enterprising owners would have looked at and seen only scrap.

It wasn’t always like that. ‘She was the second Land Cruiser I had bought from the same guy,’ recalls Sean. ‘The first one, I rebuilt and sold to the Lake District – where she’s still going strong. I bought this one after she stopped being used – she’d had a tacho fitted. She was used and abused for about four years as a playday truck, where she coped admirably but suffered from the tin worm.’

Nothing especially abnormal there, and many owners would have responded by, for example, turning the Land Cruiser into a trayback. Which is kind of what happened, but not the way they normally take shape. Sean’s not your average off-roader, you see.

‘I grew up on a farm and have been surrounded by 4x4s all my days,’ he explains. ‘I then started my own business when I was 19, rebuilding Japanese pick-ups for local farmers. When I was 21, I went to university to study Mechanical Engineering, and when I left I had an honours degree and chose a career in the rail industry. I became a chartered engineer in 1997 and started running my own business again after leaving the railways in 2007.

‘I’ve had all sorts of 4x4 from Suzuki SJs and Vitaras to Jeeps, Toyotas, Land Rovers, Range Rovers, Unimogs, Bedfords and a wide range of Nissans. My daily driver is an altered Nissan Y61 Patrol fitted with 37” tyres and a 4.2 diesel.’

So there’s a number of things you can assume. One is that Sean knows a bit about this stuff. Another is that he wasn’t going to be satisfied with doing a below-standard job. And a third is that this is a project which was planned from the start, not made up on the hoof.

You don’t end up with a chassis that’s a hybrid in itself without having a good idea of where you’re headed, for example. The Land Cruiser was rotting out at the back but sound up front, so he hit on a solution we’re pretty sure hasn’t been done by anyone else, cutting it off just behind the gearbox crossmember and grafting on the back end of a Unimog chassis.

The result is a reduction of about 31” in the truck’s wheelbase, and its rear overhang has also been brought down as far as possible. It’s still leaf-sprung at both ends, so the latter is governed by the position of the rear spring mounts, but with 37” tyres underneath it, not to
mention an overall lift of around 9”, catching on drop-offs is largely a problem other people have.

Maybe surprisingly, the original steering copes with all this thanks to no greater a mod than a cranked drag link to cover the adde droop.

The finished chassis carries a cage combining safety cell, front wing protectors and rear tray in one structure. Once again, Sean masterminded all the work himself – though the list of helpers he thanks for building the vehicle with him is long, including ‘Jonny, Matt, Richard, Mark and my late Dad.’

With the heavy metal complete and the axles in place, on all new mounts and holding it up on Milner leaf springs, it was time for the really clever stuff. Well, it’s already been really clever thus far, but it’s about to get cleverer still.

Let’s do something off-roaders rarely bother with, and talk bodywork. As we mentioned earlier, after all, one of the things you can assume about Sean is that doing a sub-standard job isn’t something he’s very keen on.

As you’ll have spotted, the truck still looks like a 60-Series Land Cruiser from the front. Yet it’s a pick-up, and Toyota didn’t do a 60 like that. But they did do a little thing called the Hi-Lux, and a 1980 example with a rotten chassis gave its life, and its cab, to the cause.

Easy? No. The truck still has a Land Cruiser gearbox and transfer case, and these needed more space under the floor. What would most of us do; hoik the body upwards on ally spacers, maybe? Sean opened up the Hi-Lux floor, took out its tranny tunnel and stitched in the one from the HJ60, creating a hybrid cab to go with the hybrid chassis.

It doesn’t end there, either. When Sean tried the Hi-Lux wings for fit, he found that the wheelarches were too far back for the wheels. Definitely a problem. Some would have gone at them with a jigsaw and created an ugly beast in the process, but only a professional looking job would do.

You’ll agree, we’re sure, that that’s what Sean achieved. He did it by mating the original Land Cruiser wings to the Hi-Lux cab, which meant altering the mounting strips and even the door shuts to make it work. The bonnet, too, had to be reduced in width by some 150mm, as did the grille and front panel.

You’re probably getting tired just reading about it, and picturing years and years of soul-destroying graft in your garage. Sean’s a pro at this, of course, but he says the whole project took him six weeks from beginning to end.

That includes ancillary jobs like rebuilding the axles and renewing the brakes all round, as well as sub-projects such as rear-mounted cooling and air intake systems using bits from the Range Rover and Ford Fiesta, ducting from industrial applications and components built to  work with engines like the General Motors 6.7 V8 diesel and, get this, the 14-litre Perkins from a Class 150 train. Admit it, you love this guy’s style.

And style is something the vehicle has in abundance. Being 100% unique isn’t always a good thing, as anyone who’s ever cringed their way through Britain’s Got Talent will agree, but whatever your taste in trucks this is one you can’t help but appreciate. It bears scrutiny up close, where the standard of workmanship is exceptional, and once it starts moving it covers the ground with a lightness of touch you struggle to associate with something that looks so much like a full-sized Land Cruiser.

Sean reckons the suspension has been his biggest success (‘for leaf springs, it’s amazing’), and comments that more effective windscreen washers are about the only improvement he needs to make (well, that and a locker in the back axle), but it works just like it was built to and that’s the proof of the pudding. A steady diet of trials with the East Midland Off Road Club has even been enough to stop him from getting round to fitting the winches he bought for it, which we take to mean that he’s not been doing much in the way of getting stuck.

That’s in spite of being on sensibly modest tyres with an everyday mud-terrain pattern. Which goes to show that size matters more than pattern, maybe, especially if you like to let the torque do the talking rather than ripping up the ground with your right foot. It’s a shame about those winches, though, because a 17,000lb 24-volt job up front and 20,000lb hydraulic effort on the back would have been worth seeing in action.

It’s not all about size, this vehicle. It’s big where it matters, for sure, but far more importantly it’s very, very clever – and its execution and finish match the standard of planning that went into it. A hybrid, a one-off and a modded vehicle all rolled into one?

Check. It’s the sum of a lot of parts – and even then it’s still more besides.