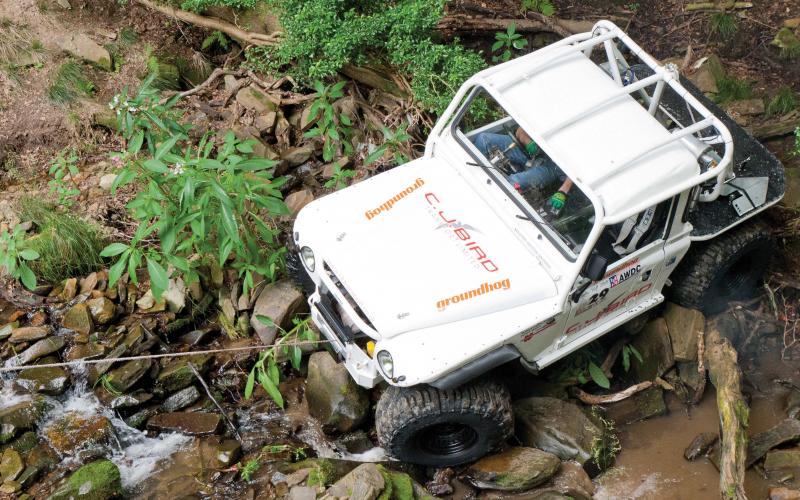 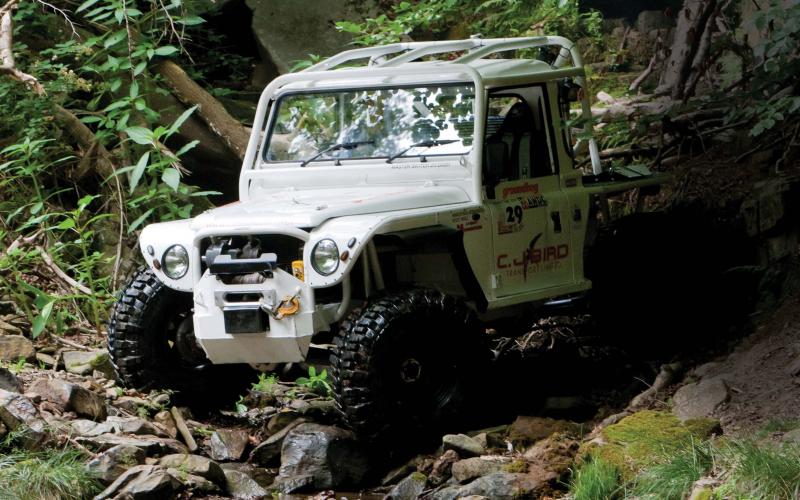 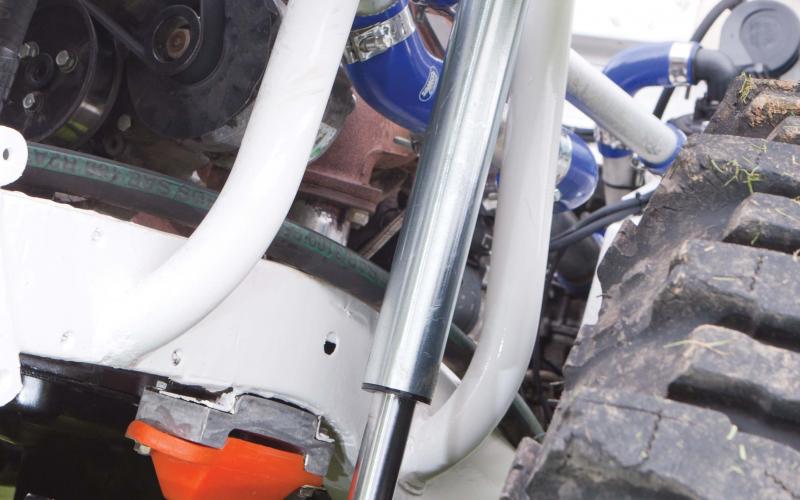 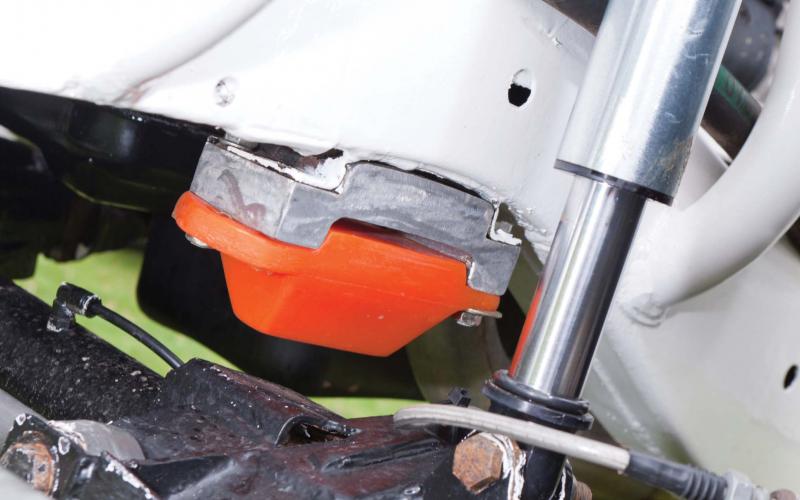 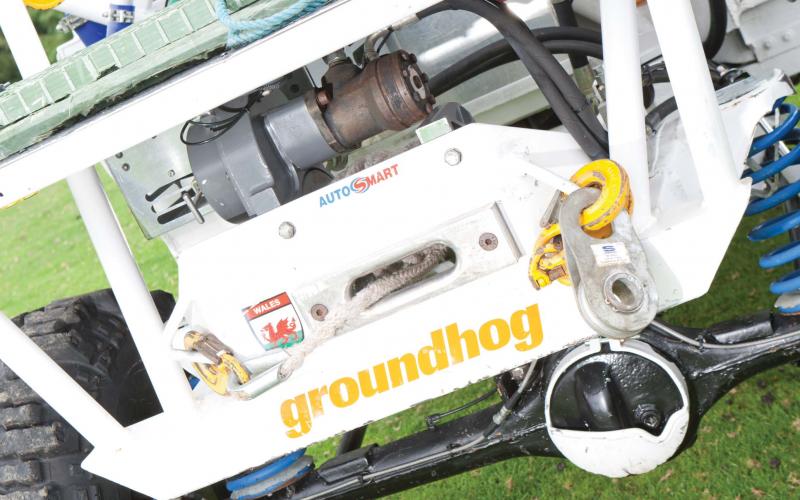 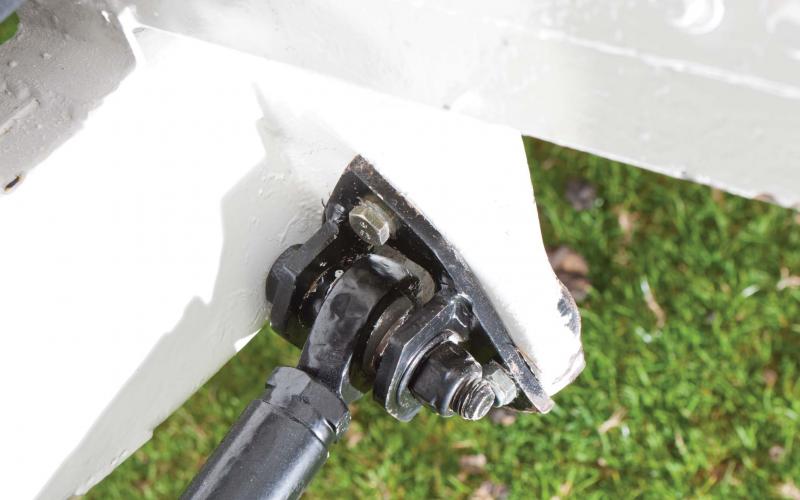 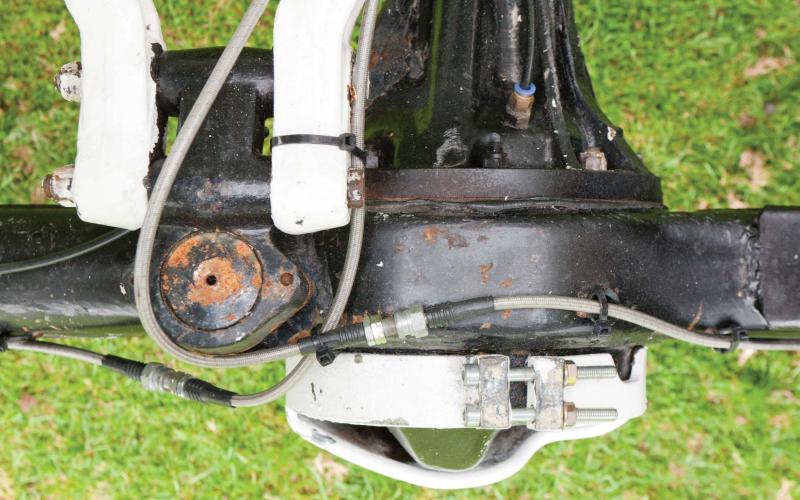 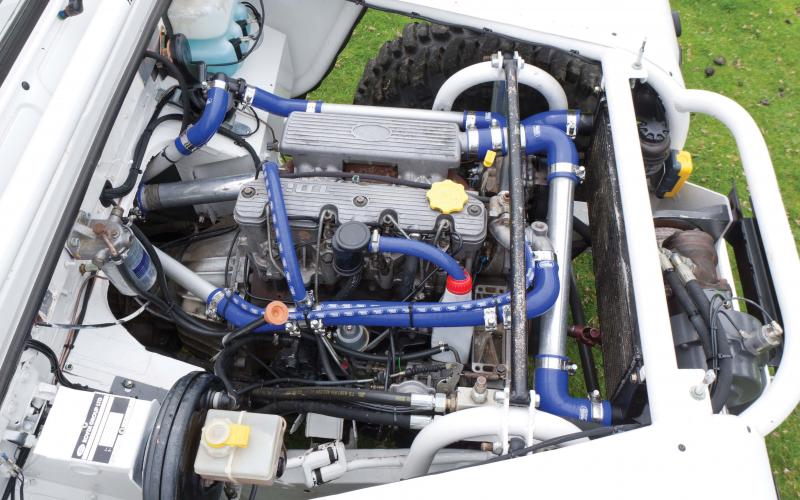 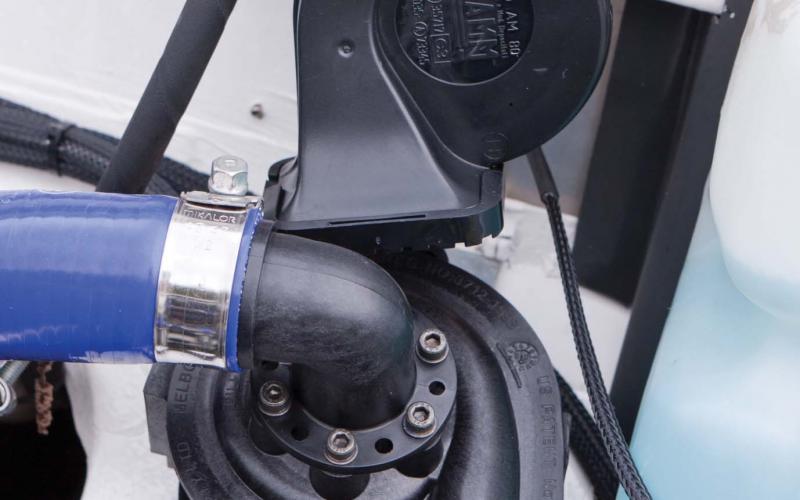 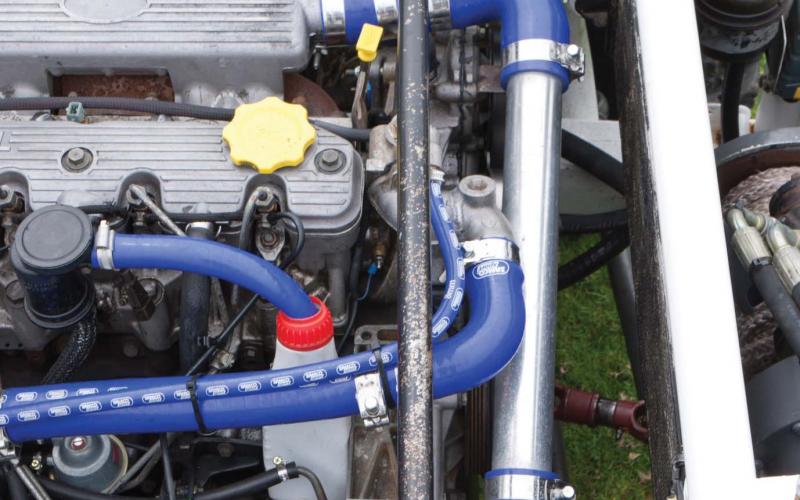 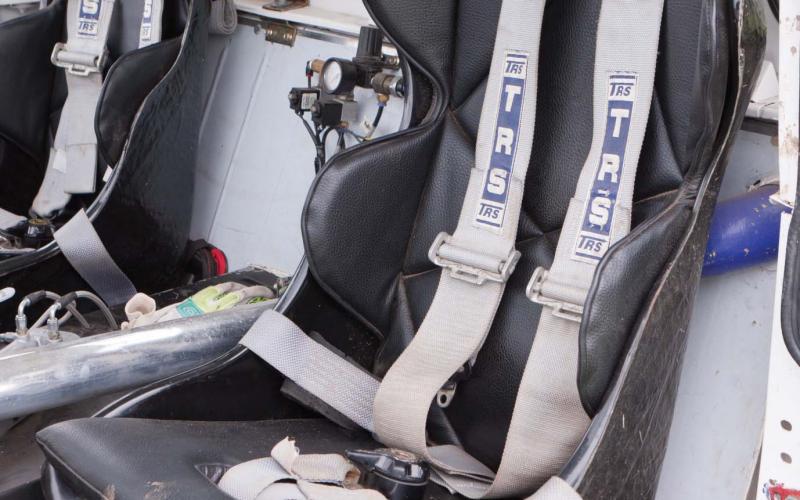 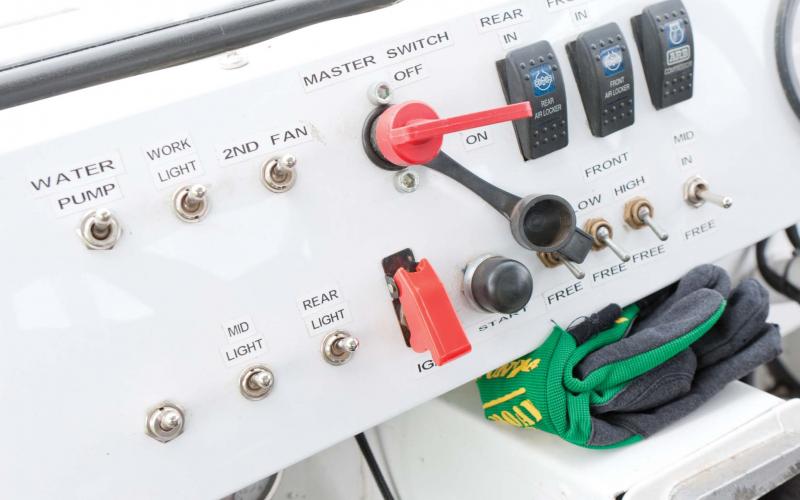 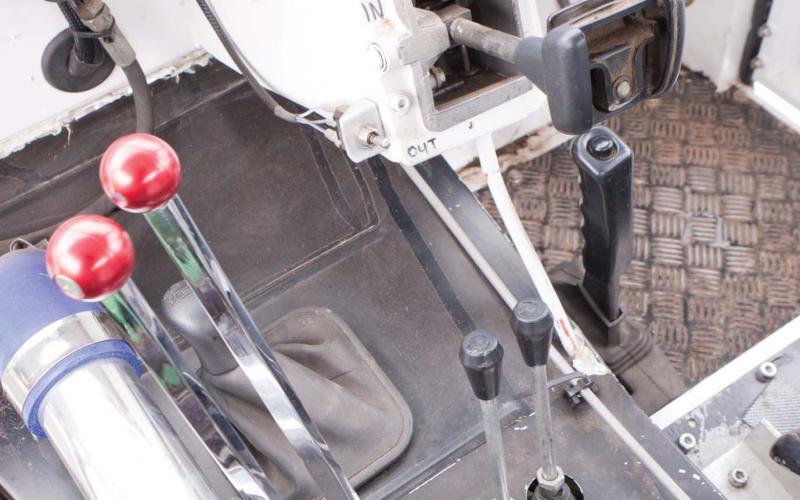 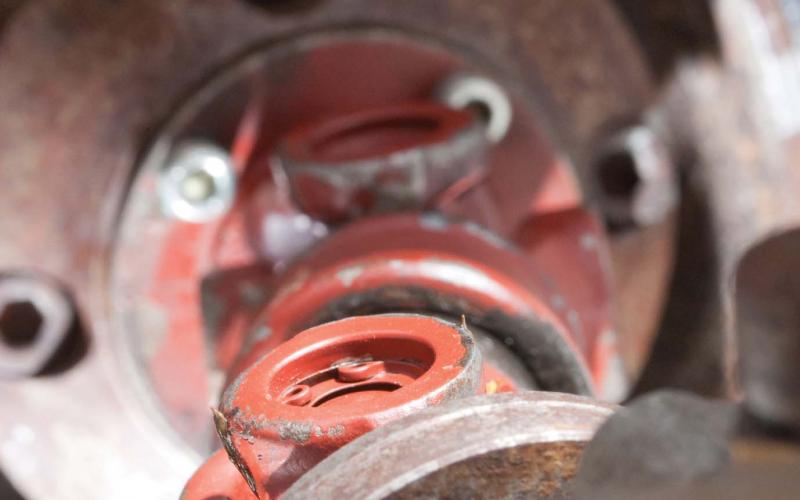 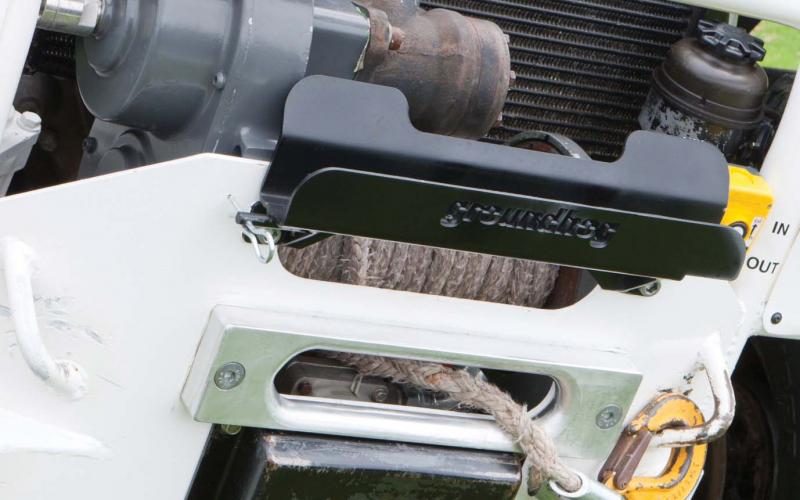 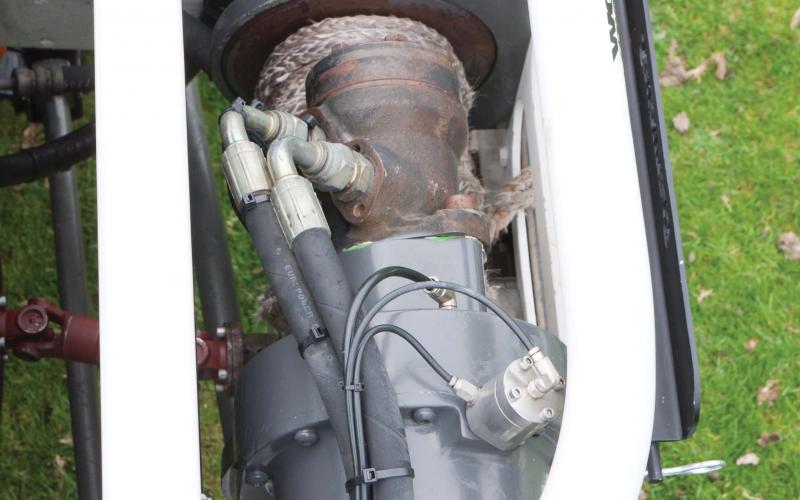 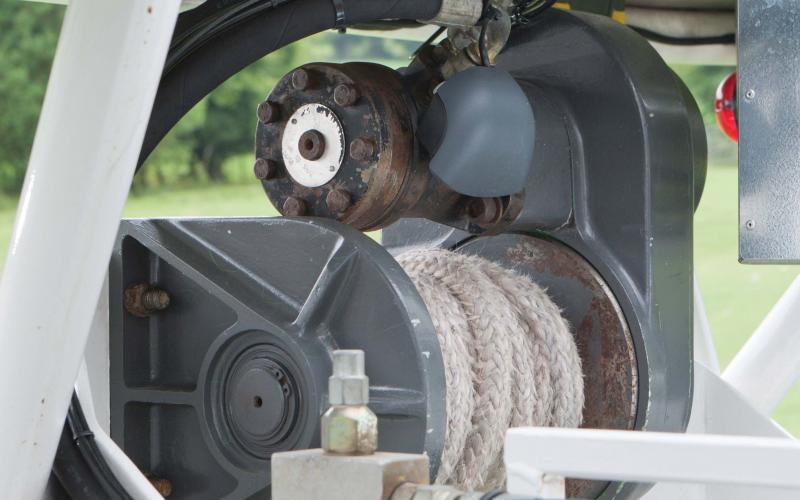 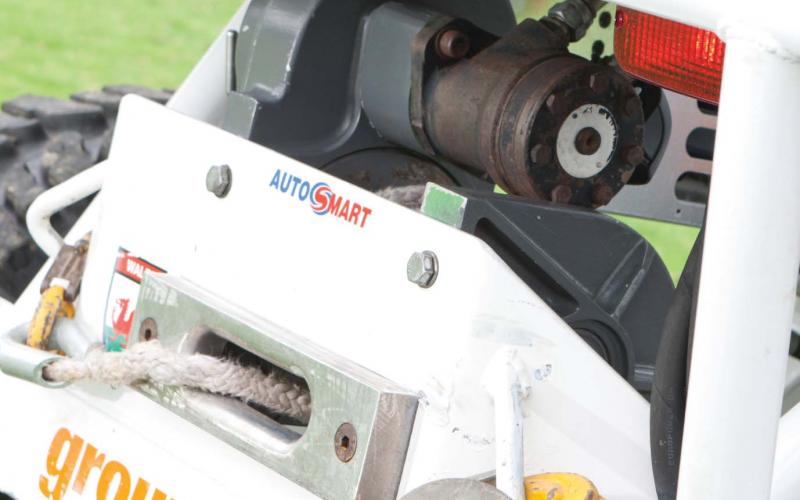 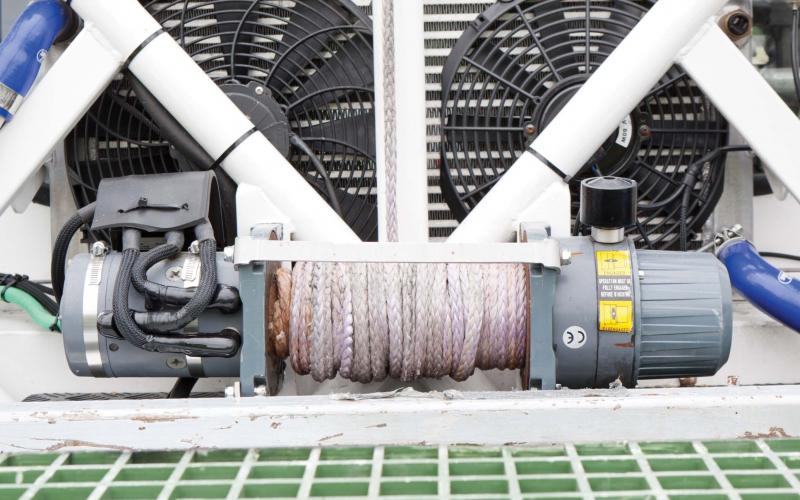 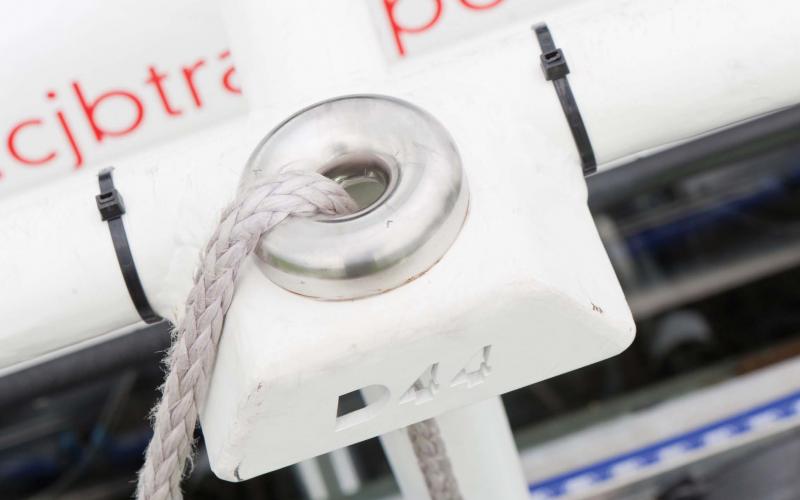 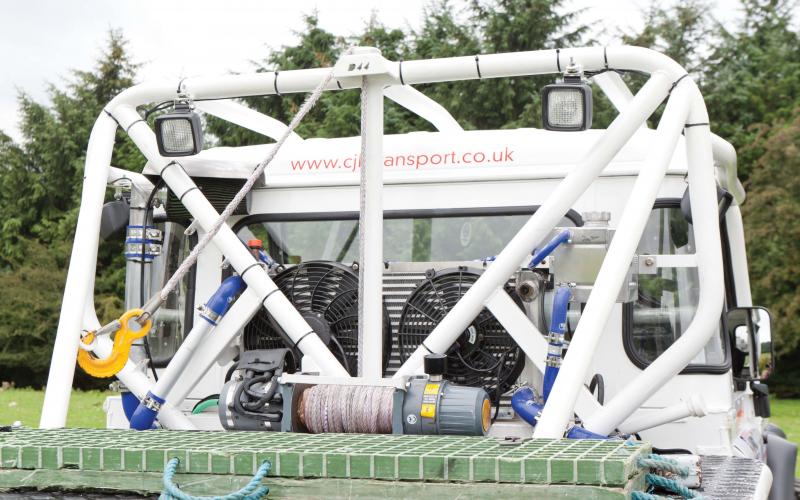 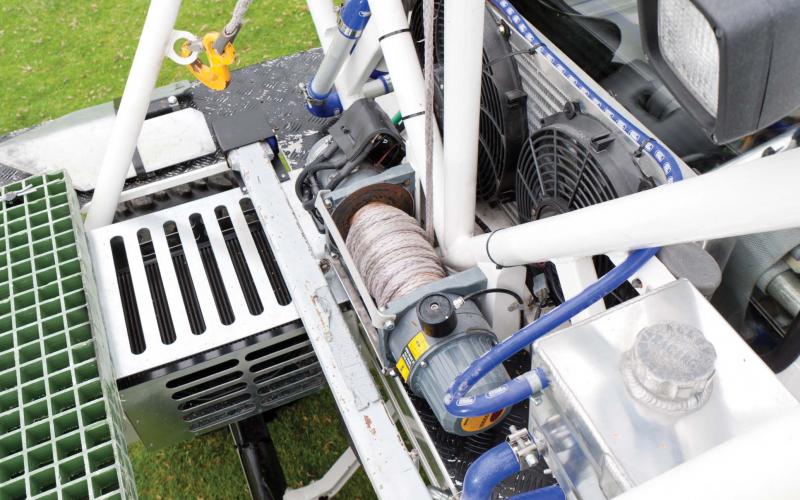 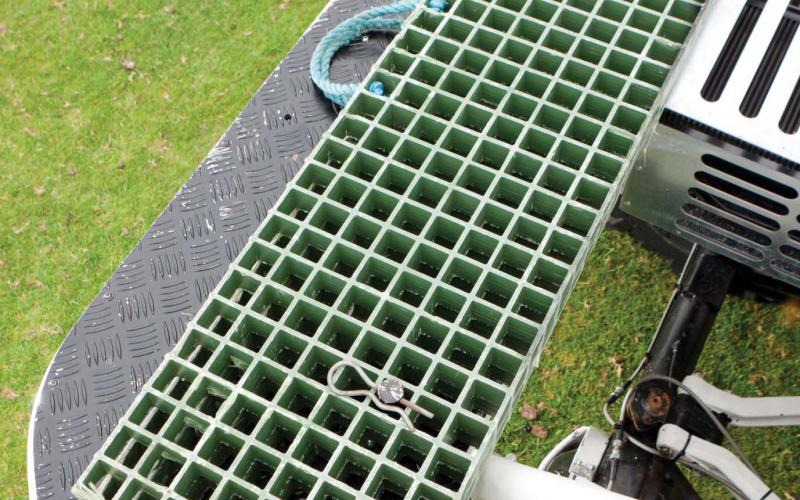 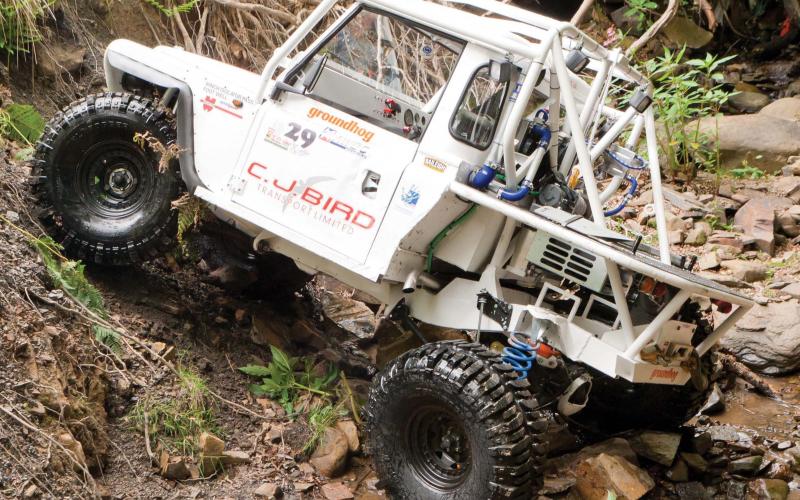 Jonathan Bird’s Land Rover has appeared in TOR before. But you’d be hard pushed to recognise it, because with a new frame and body, new engine, new suspension, much taller tyres and a whole lot more besides, it’s changed a lot. But one thing that’s stayed the same is the amount of drooling you’re likely to do once you start looking at it…

In the world of Land Rover building, the modern era has brought with it a trend towards ever bigger, ever more aggressive looking traybacks. That’s partly down to the challenge scene, which nowadays demands 35-inch tyres as an absolute minimum if you’re to be even remotely competitive, but it also helps that a big, high-riding wagon with tiny overhangs and lots of gnarly tubework everywhere looks way cool. Even if you don’t do challenges, a trayback is very much the thing to be seen in.

Jonathan Bird does do challenges, so his Landy was built to be used rather than admired. But you’ll seldom see such a nifty looking truck, whether on or off the road. Throw a motor like this at the worst challenge sections, and it’ll bring you home: clean it up and take it to Tesco, and the bloke you park beside in his Porsche will get a Johnny Holmes sized case of penis envy.

Not that it was always like that. When Jonathan bought the vehicle that was to become the gleaming white hybrid you see here, it was in a far less pretty state. It actually appeared in TOR once before, on the front cover no less: back in June 2008, it was owned by Glyn Yates, but the intervening period featured a roll so severe its North Off Road roll cage had ended up with bent rear stays.

The front end had been roundly trashed, too, leaving the vehicle in need of a pretty much total rebuild. But its 100-inch Discovery chassis had lived to tell the tale, as had the cage’s front and main hoops, and on top of that this was a vehicle with some very tasty bits and pieces bolted to it.

Glyn’s big mates with a certain John Sales, for starters. And if you know your winches, you’ll know what the Saley hydraulic unit can do. Weak, fragile and slow are all things it’s not.

So too is cheap, unfortunately. It would be pushing it to say that what Jonathan bought was a pair of very good winches with a very bad Land Rover attached, but you get the point.

So now the Landy’s new owner had a vehicle, and a plan. He started by axing off the dead metal in the cage, leaving just the main two hoops – which were then to form the basis of a tubular frame underpinning the whole body.

Bent up by Paul Dunn, the tubework was fashioned to follow the lines of the first D&G buggy. The Belgian outfit has a formidable reputation in hardcore off-road circles, and its vehicles have never been less than scintillating performers, so that’s not a bad pattern to copy. Flat alloys panels were blended into a design also featuring a standard Land Rover bonnet and cab, the latter mounted further back than normal to leave room for outsize tyres.

These are 38.5-inch Boggers, which definitely puts the vehicle straight into no-messing territory. Such is the pace of life that Jonathan had already sold the vehicle by the time we’d downloaded the pictures you see here and got round to talking to him about it, but in his hands these were the only tyres it used. Another reason why Porsche man (or indeed anyone else) might be forgiven for feeling small next to it down Tesco way. Back when Glyn owned the vehicle, it was shod with fat 35s: the taller, leaner fitment Jonathan went with is much more conventional in UK circles.

Needless to say, using tyres of this size is always going to put extra stress on your axles. Taken from the Discovery that donated its chassis while Glyn was building the vehicle, these also have a pair of ARB Air-Lockers to ask questions of the halfshafts’ integrity.

Said halfshafts are from KAM, while the CV joints are from Ashcrofts. Jonathan got them that way when he bought the vehicle, but it wasn’t long before he was opening them up to change the diffs for a set of pegged 4.7:1 ratio units. One of the reasons it wasn’t long was that he took the vehicle to a local trial and stripped one of them of all its teeth.

Another mod he’s made to the front axle has been the removal of its front mounts. This was necessary because he decided to replace the conventional spring and damper suspension with a pair of Fox Air Shocks from Milner Off Road. Note the use of the word ‘pair’ here, rather than ‘set’: unusually, rather than doing both ends of the vehicle he’s kept with the old-school set-up at the back, albeit freed up using Gwyn Lewis dislocators and rose-jointed trailing links from Gold Digger 4x4.

Another major change to the vehicle since its days with its original owner was the replacement of its 200Tdi engine with a 300Tdi unit, in order to mate up to Jonathan’s choice of automatic gearbox. Like the engine itself, this is as good as standard, with just a rear-mounted oil-cooler and Facet electric fan on top of its original spec. Gwyn Lewis wide-angle propshafts link the transmission to the axles, then those 38.5-inch Boggers assault the ground on a set of split-rim double beadlockers. Understandably, the height of the tyres means steering lock threatens to become an issue, so the fronts are bolted up via a set of spacers.

Talking of steering, an uprated PAS pump talks to the wheels via a set of Sumo bars which aren’t going to be going banana-shaped for any reason short of a landmine strike. The overall set-up remains standard, however, as do the brakes – unless you count Llama 4x4 braided lines, Milner fiddles and an X-Eng handbrake as non-standard. Which could happen. The front flexis are run down the radius arms along with the breather lines and ARB air hose, while the rears are routed through the cab, naturally enough as they have to go via those fiddle levers. In each case, the brake lines are the same length on either side of the car, so Jonathan only has to carry one spare for each end.

Other good stuff in the cabin, over and above the Qt seats and six-point TRS harnesses, include a custom dash with banks of switches leading to a waterproof fuseboard from Devon 4x4. The whole vehicle was rewired from bumper to bumper using a flame-retardant loom designed for WRC cars, and a pair of Optimas are linked in parallel to a standard 12-volt alternator. The compressor for the ARBs and winch spools, meanwhile, is a Matt Savage Viair unit feeding a small commercial air tank.

Going back to those winches, they date from the time when Saley’s name was just starting to get known in competition circles. Both units are hydraulic, running off a pump that’s driven by a propshaft from the front of the crank, and feature air spooling – high, low and free at the front, and for obvious reasons just low and free at the back. They’re operated from the cab by manual levers on the tranny tunnel, allowing inch-by-inch precision control, or by a traditional wanderlead for the winch man. Backing them up is a Come-Up centre unit with a Goodwinch air spool and Albright solenoids, which runs vertically to a 360-degree fairlead from Devon 4x4. All three units are wound with Goodwinch synthetic rope: there’s 150 feet of 12mm on the front, 90 feet of 9mm on the centre and 100 feet of 11mm on the rear.

We mentioned at the outset that when Jonathan bought the vehicle, it was looking pretty sorry for itself. No great surprise, then, that as well as rebuilding the frame he strove to make it look as well presented as possible when it came to finishing off the bodywork.

You’d be hard pushed not to spot that this is a fine looking vehicle from any distance, but get close to the action and you’ll see just how well presented it is. Once Paul had finished the frame, in the D&G style we mentioned, Jonathan got to work with a bag of Wurth inserts to fit the alloy panels he’d cut out. Rivets are the normal means of fastening you see here, but wanting to be a bit different he went with allen bolts: there are still people today who’d say that this is showing off, but these are the same people who’d still have us all doing RTVs on 7.50s if they had their way, so let’s instead say it’s a case of someone showing the sort of pride in their 4x4 we should all be striving for.

And you couldn’t doubt for a moment, surely, that this is a 4x4 to be proud of. Jonathan might have been buying a pair of top-class winches with a rebuild project attached, but it’s a rebuild project whose potential he could see beneath all the twisted metal.

Seldom will you see a better example of potential being realised, either. Underneath, this is the same Land Rover Glyn Yates built half a decade ago, but with a set of major and minor revisions, a new look and a lot of attention to detail, Jonathan has turned it into something very different and uniquely his own.

Not that it is his own anymore, as we mentioned, because this winter just gone saw him sell it on after deciding to go back to RTV trials and navigating for his brother Chris in comp safaris. Rupert Dunne, who’s bought it, won’t have needed to do as much as Jonathan did to get it the way he wanted. This, you can’t help but feel, is a Land Rover of which we haven’t seen the last.

We asked Jonathan for his views on off-roading, and they were very, very simple. ‘Best tip,’ he says. ‘Don’t go into a bog first that was used 12 months before for the Baskill Challenge. Because you’ll lose.’ Fox Air Shox, ARBs, 38.5-inch Boggers, twin Saleys… and how right he was. A pithier verdict on wise 4x4 use we’re yet to hear.