Vehicles > Land Rover > Pull The Other One

Pull The Other One 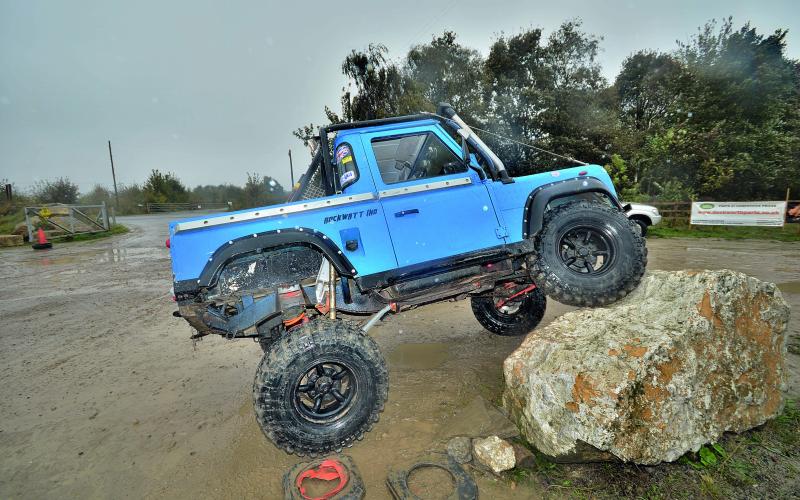 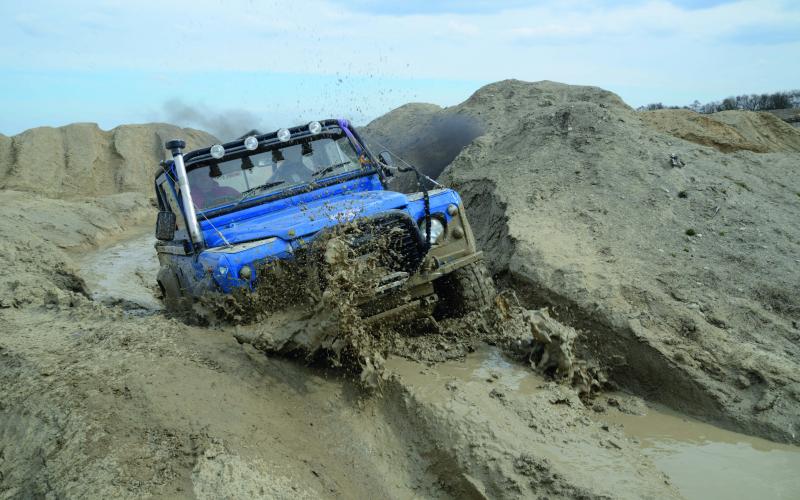 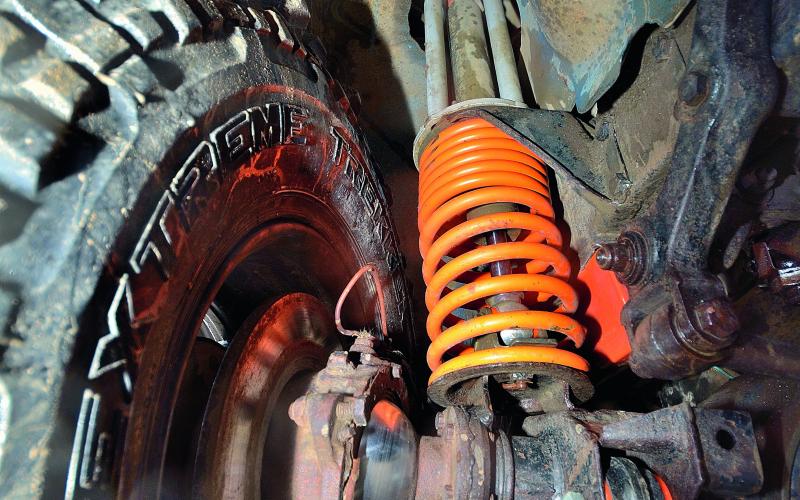 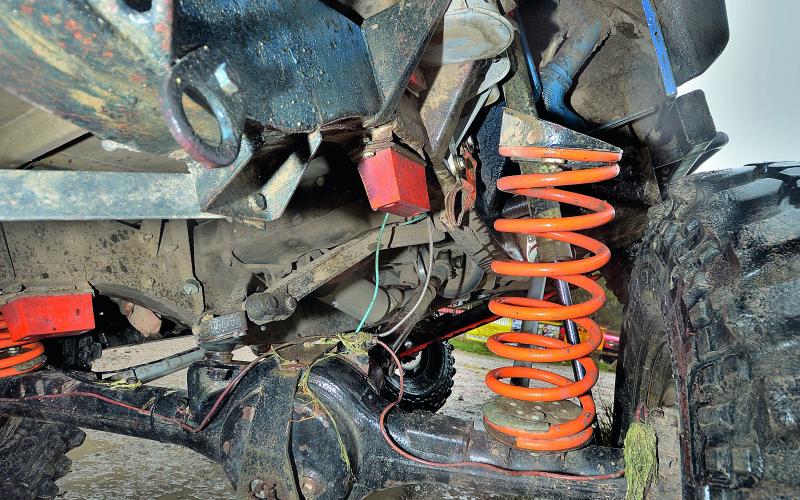 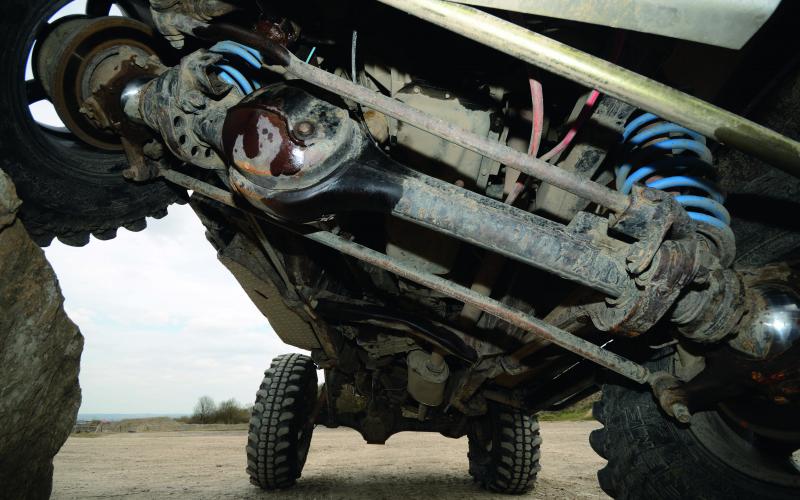 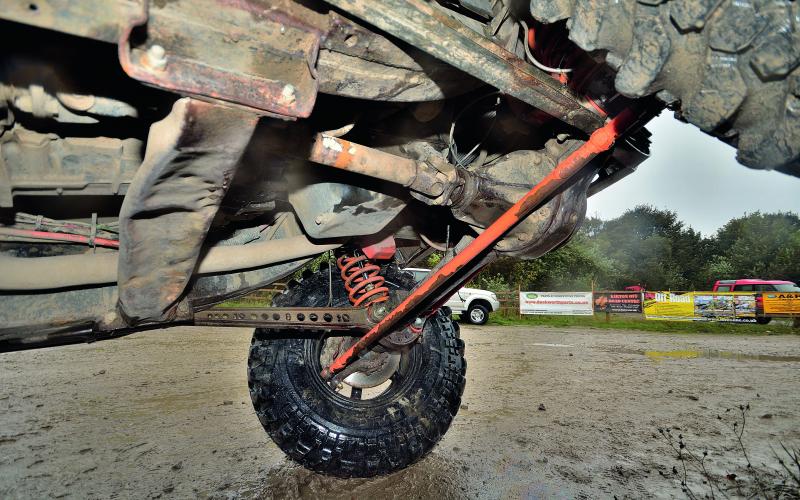 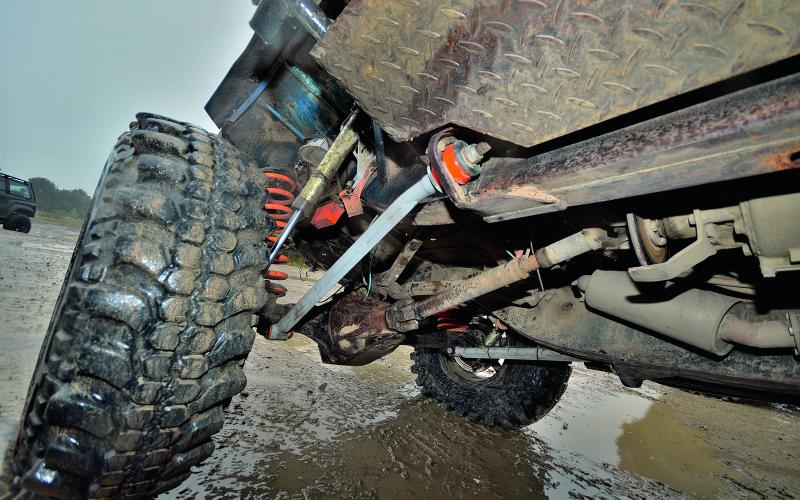 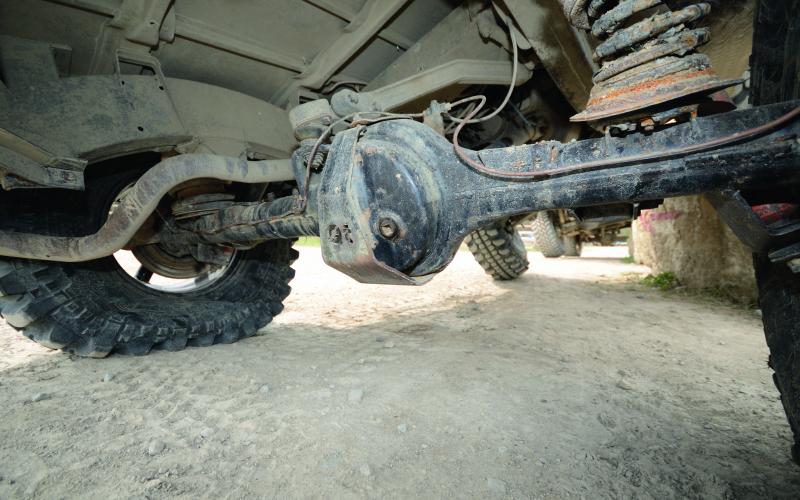 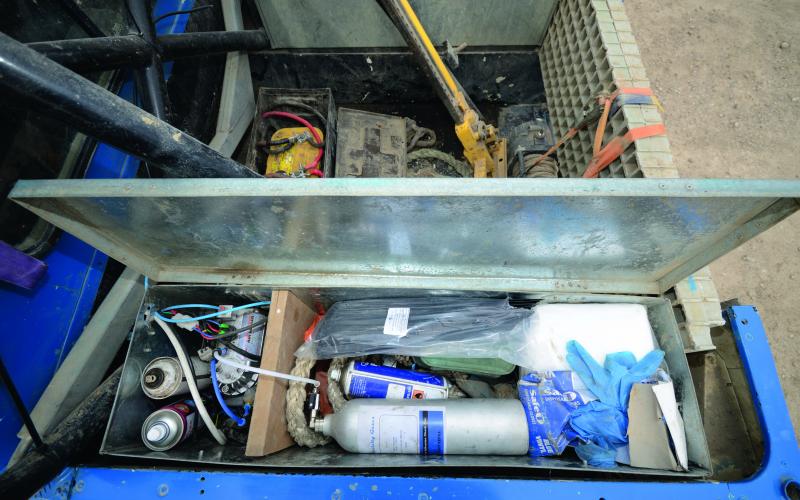 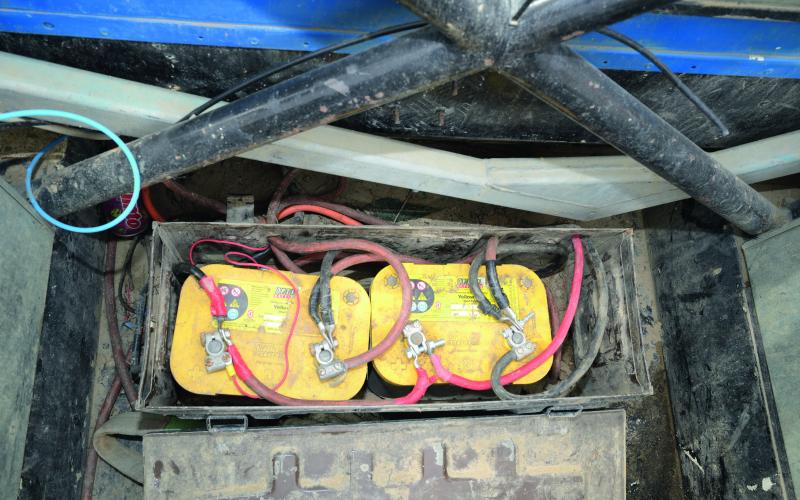 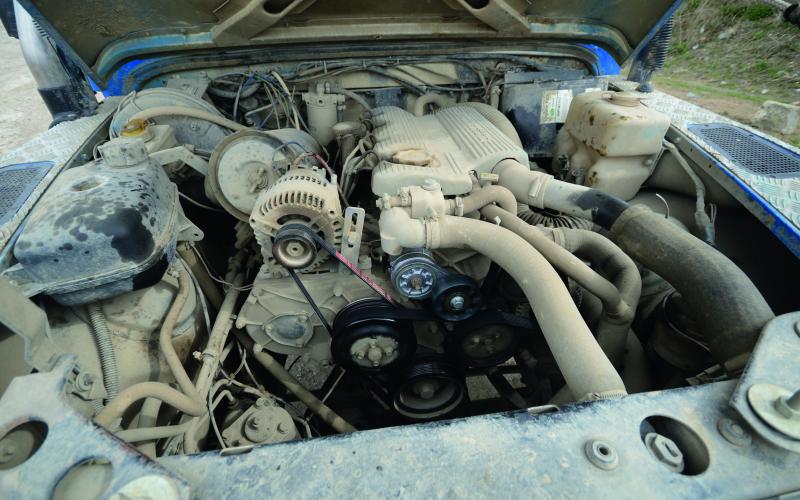 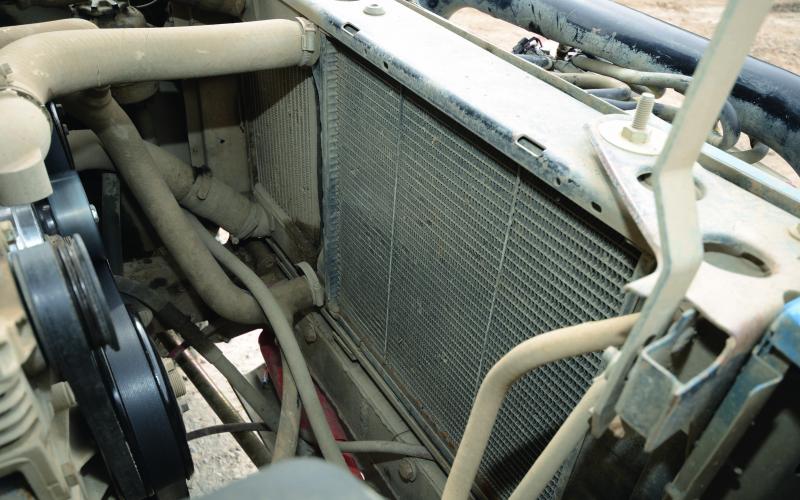 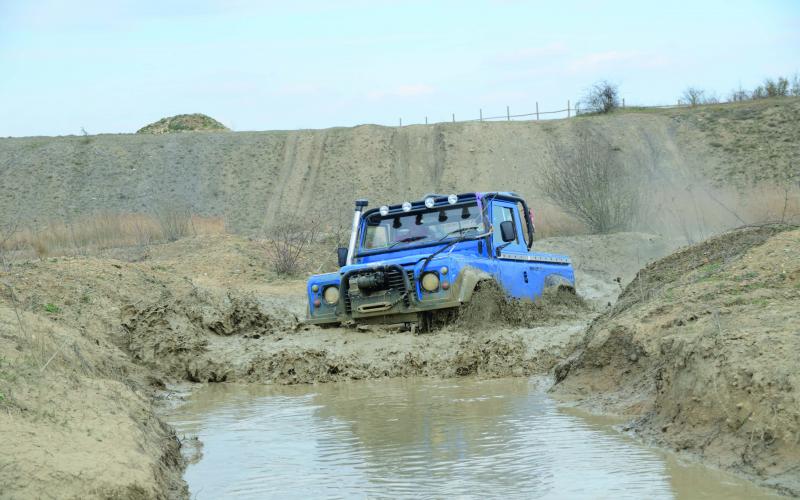 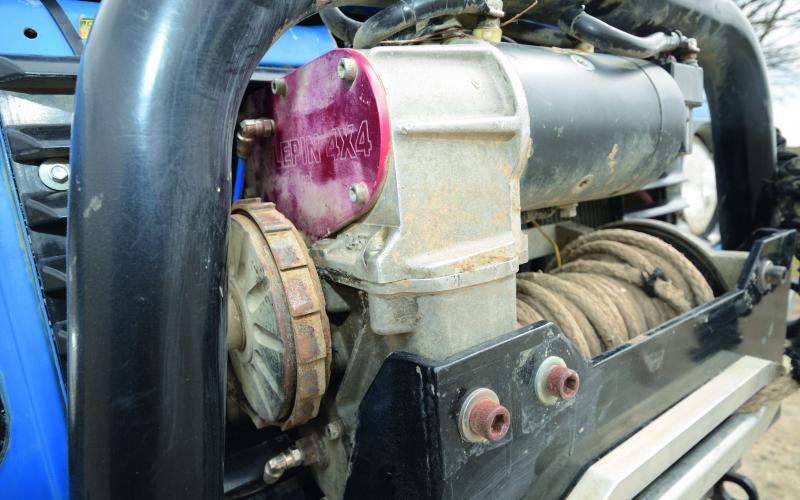 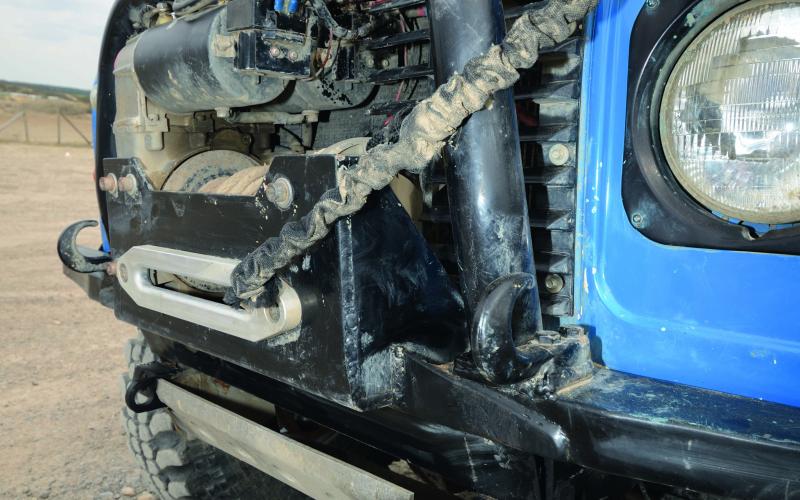 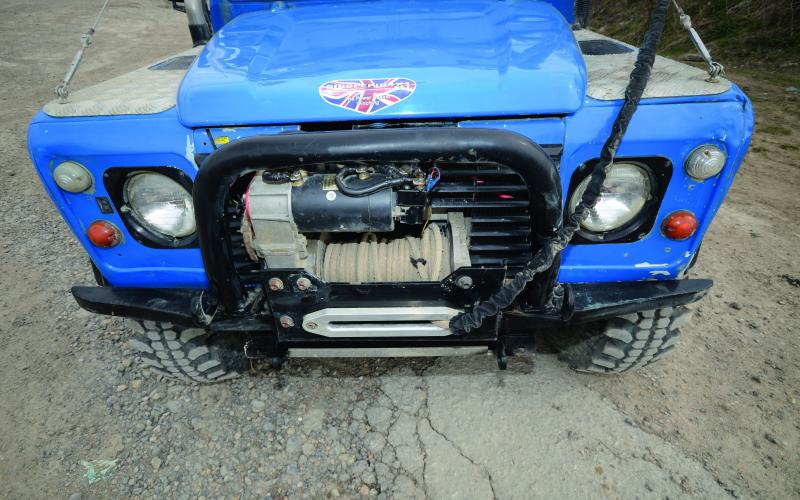 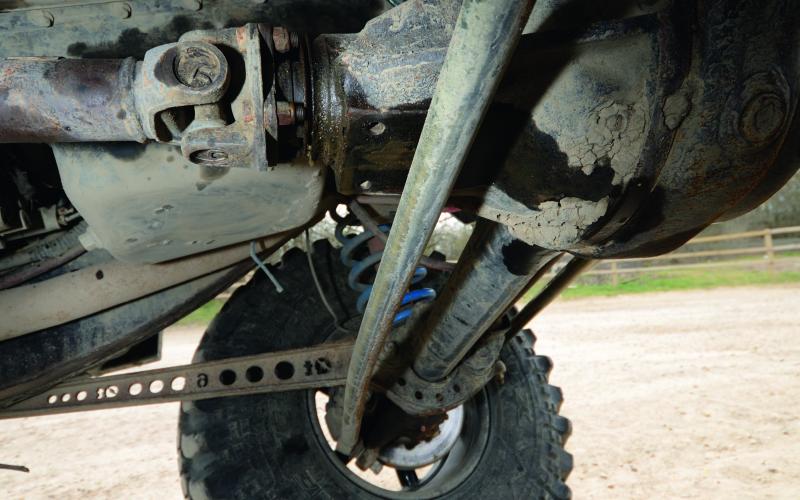 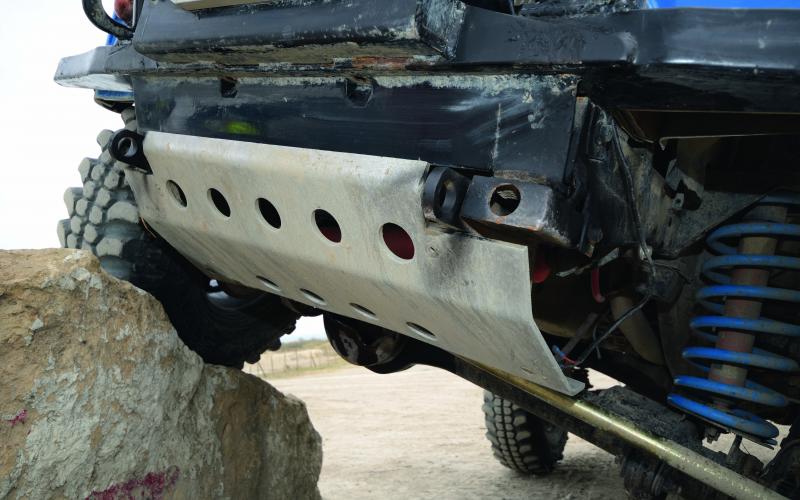 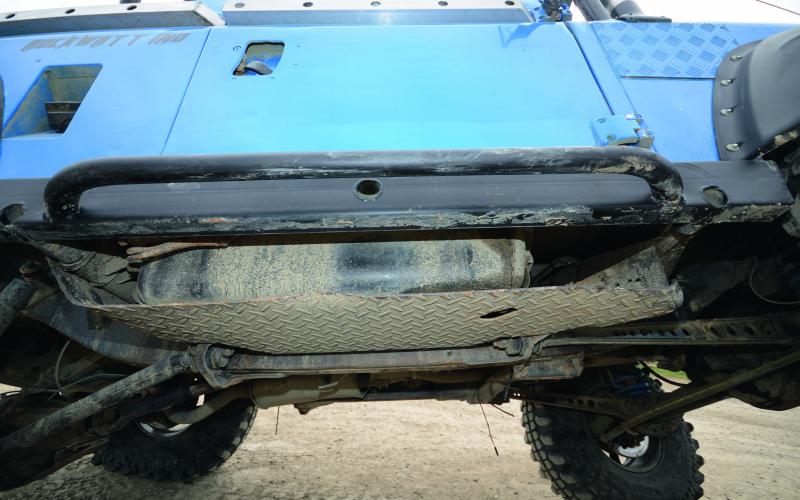 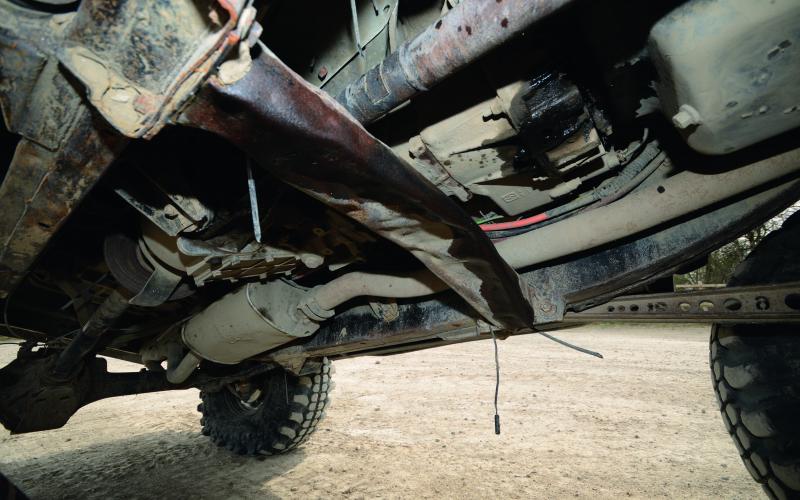 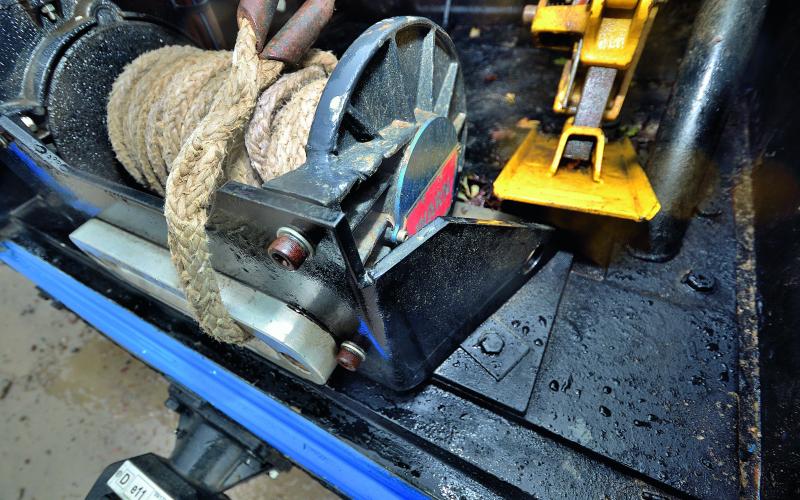 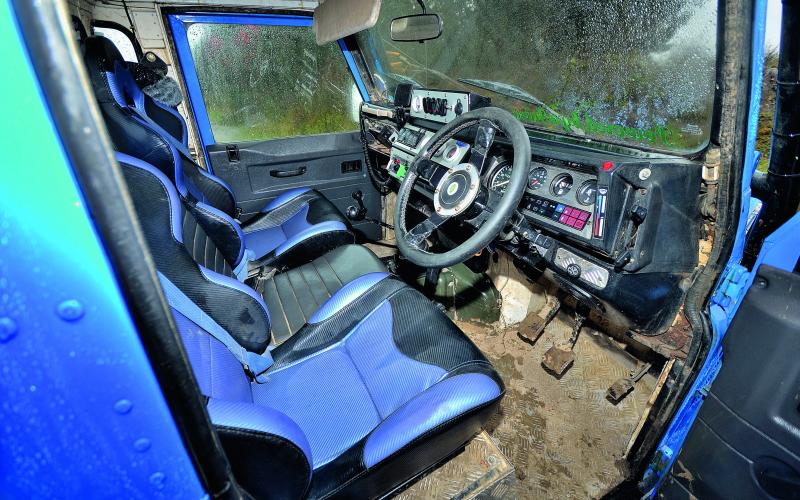 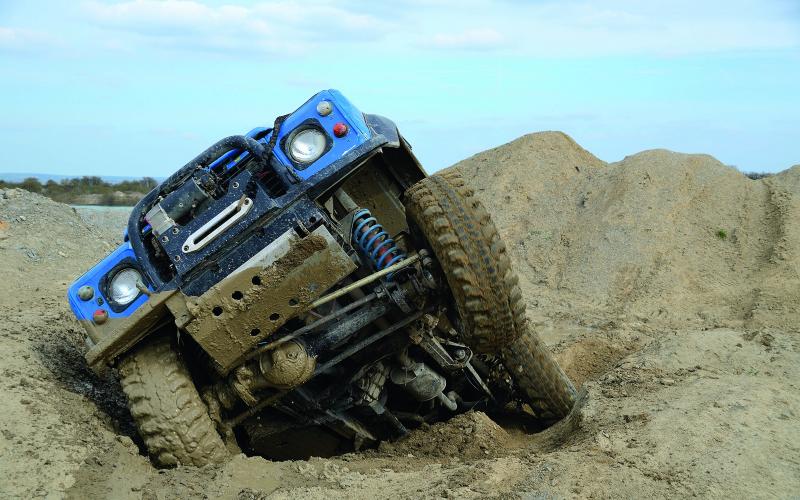 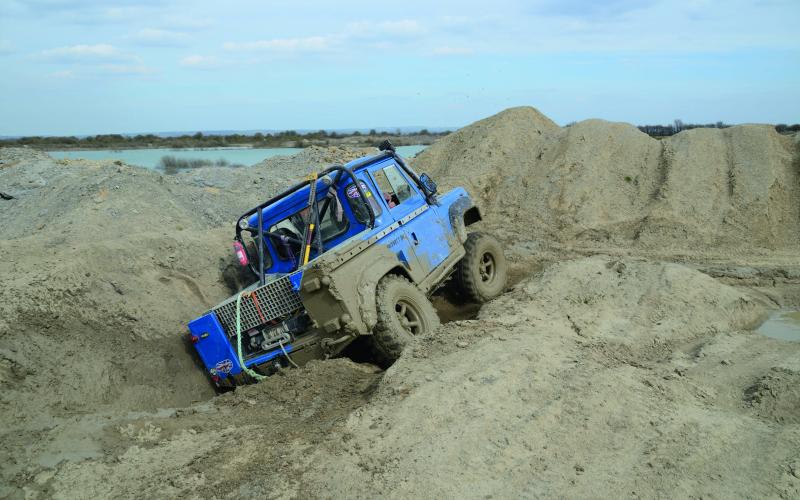 Paul Rose likes nothing more than a good winch recovery. The only problem was that the Suzuki SJ he used to own was so light, he tended to drag himself forward rather than pulling the other guy out. So when someone in London realised that buying a challenge-prepped V8 90 wasn’t the smartest thing they’d ever done, it was time to put on some weight.

Did you hear about the guy who came back from holiday with a bug that almost killed him? You’re thinking of someone going to an exotic land and picking up a dose of some rare, powerful virus, aren’t you? Or one of those innocent bites from a tiny insect that ends up with millions of the things breeding in your squidgy bits.

Paul Rose caught his bug in Turkey. He was on his hols with the family, and the list of things to do included an off-road day. He came home with a new hobby – then, years later, suffered a massive roll in a Suzuki SJ without a cage.

It was definitely one of those moments where your life flashes before your eyes. But Paul lived to tell the tale (and to get on the phone to Richard Wattam and order up a roll cage in double quick time), and before long both he and the Suzuki were back in action. But there was a problem.

‘I’d been going to Kirton for a long time and got to know a lot of the guys there, and they asked if I’d like to start doing some marshalling. But as much as I could get my Suzuki to people who were stuck, I was just pulling myself towards them, not pulling them out.’

This SJ was the third Suzuki he’d owned, and he reckons that but for their shortcomings as recovery trucks he’d never have strayed. ‘I moved over to the Land Rover for its weight. If I wasn’t marshalling, I think I’d probably still have a Suzuki. But then again, I do love this truck!’

This truck is a 90, which he bought six years ago from an altogether unlikely place. London. Its previous owner had taken it on with the idea of travelling in it to off-road playday sites, but though there are enough of these within striking distance of the capital, the cost of keeping a 3.5 V8 in petrol on the way there and back turned out to be a deal-breaker. Paul says he paid £4500 for the 90, compared to the £6000 it had cost the previous guy. We can guess who was happier with the deal…

Obviously, buying a truck that someone else has already modded is fraught with dangers. But Paul knew what he was looking at, having already built two SJs and a Vitara himself . ‘The base of the build was already there,’ he says. ‘And that’s why I bought the truck.’

Riding on a +2” suspension kit with X-Springs at the back (Paul has recently changed this for an Extreme 4x4 dislocation set-up), the 90 had reasonably enough been advertised as a challenge truck. Paul wasn’t particularly bothered about putting that to the test, but he did take it trialling with fellow KORC regulars Roger Neal and Johnny Jacques, just to see what that was all about. ‘It wasn’t really my cup of tea, as it turns out’ he admits now. ‘I prefer the recovery side of it to using the trucks for what they were made for.’

You’d think challenges would be right up his street, in that case, but no – he’s talking about the sort of recovery you get to do as a marshal. Not that his winch, a twin-motor, wide-drum Gigglepin GP84 with +60 gearing, would look out of place on any challenge truck.

Such things don’t come cheap. He admits that while he might have got the 90 for a bit of a song, the amount he’s spent on it since then is anything but little, but the stuff he’s bought has been chosen to keep it running right and working well rather than trying to turn it into anything it’s not.

Talking of the engine, this is no longer the V8 he first fired up when he took the truck home. No, it’s a 300Tdi – much more sensible all round, less likely to be nobbled by deep water and generally pretty dependable as far as it goes.

It also manages not to spend all its life trying to overheat, which is a nice change. In fact, Paul’s never even bothered fitting a fan to pull air through the radiator, simply because it doesn’t need one. He couldn’t get the old temperature gauge to marry up, but the Raptor Dash in his cabin provided the perfect opportunity to instal one tailored to the Tdi, and it provides constant reassurance that the rad’s doing its job. No small matter in a truck that sees most of its heaviest use at very low speeds.

For the future, as if to help the truck with that heavy use Paul says a set of heavy-duty Ashcroft halfshafts are ‘a must when I can afford it.’ Looks like he doesn’t plan to back off on that whole spending money thing he’s had going on since the Landy came into his life, then.

He does do all his own spannering, though, thus cutting out what is by far the most expensive part of any modding job, and that’s no small matter as he’s a butcher by trade, not a mechanic. ‘I do all my own work – I just do it with a lot of advice! I’ve got to thank my mate Westy – whenever I’m in the workshop and I’ve got problems, he gets probably four or five calls a day, and he’s always willing to come over and help.’

Further thanks go to AP Spares in Scunthorpe, and of course to Paul’s wife – ‘she really does put up with a lot!’ But most of all, perhaps, he should thank whatever twist of fate it was that saw them taking the family for a day’s off-roading in Turkey that time. It might have led to him taking a huge tumble in his SJ years later, but what don’t kill you makes you stronger. And there’s not a lot much stronger than this Land Rover.