Vehicles > Hybrid > Whale of a Time

Whale of a Time 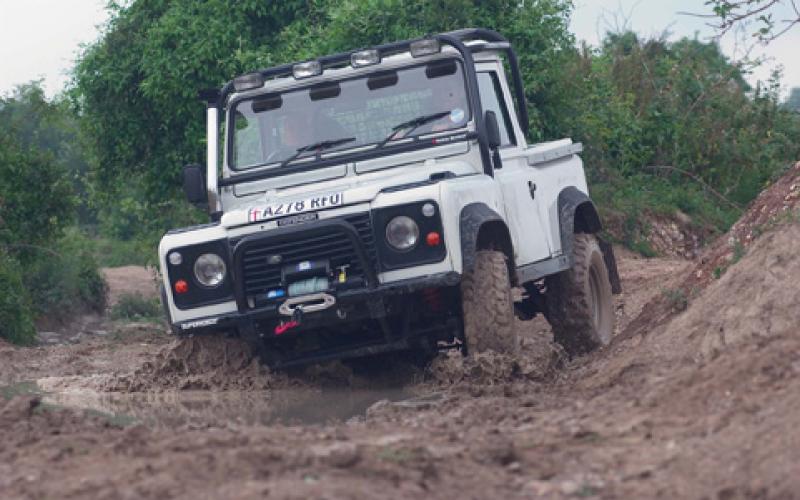 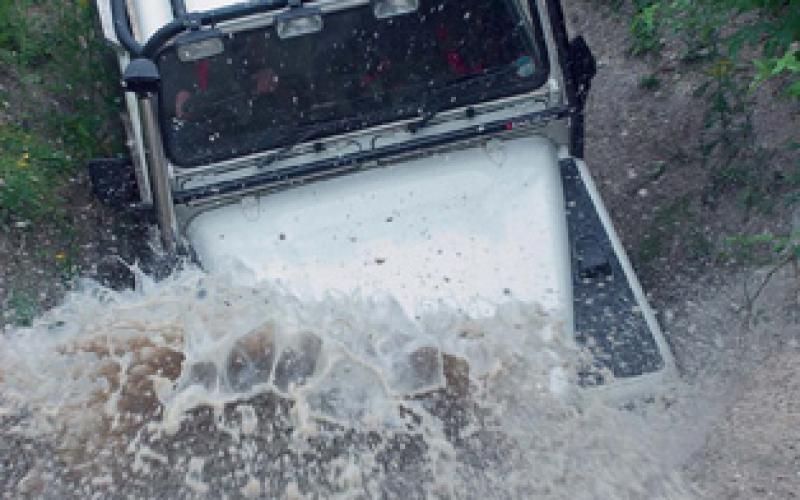 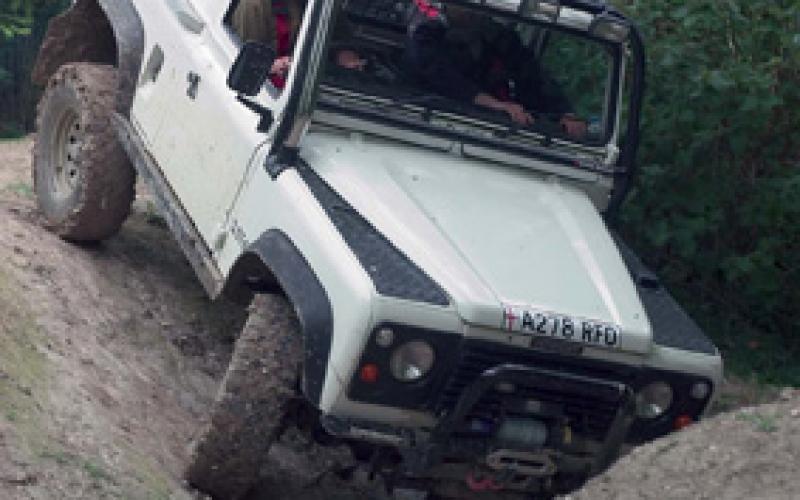 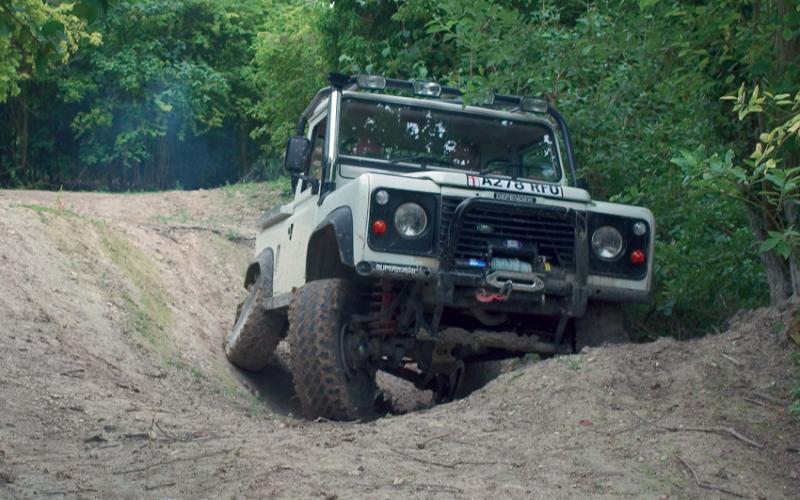 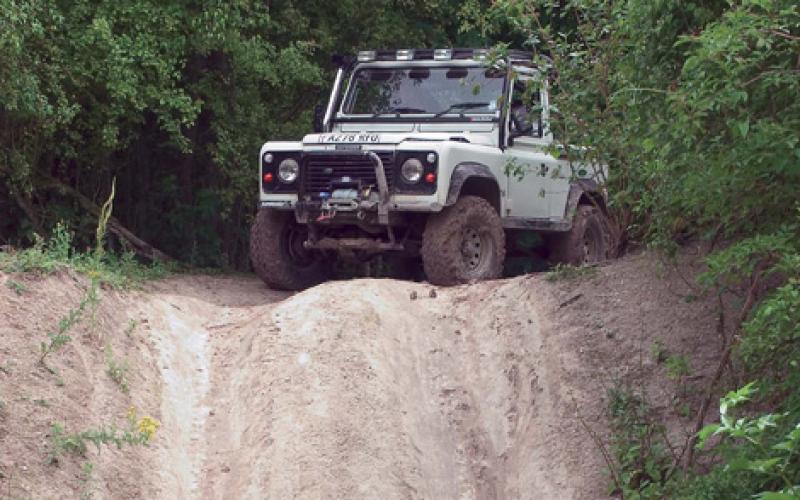 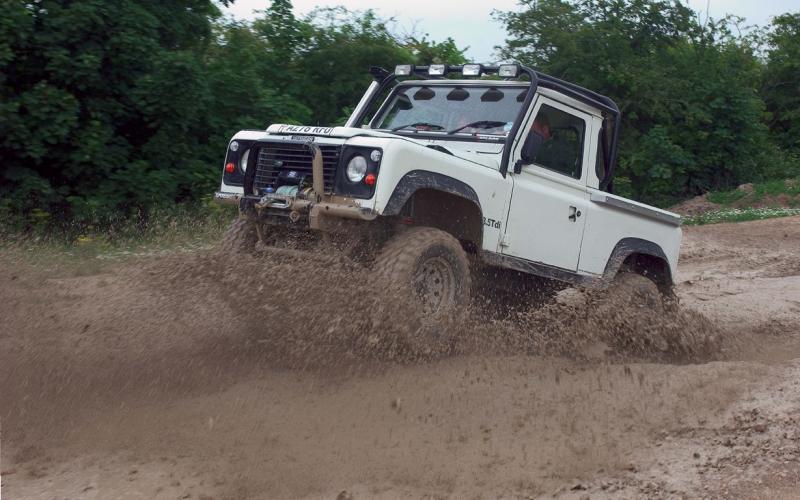 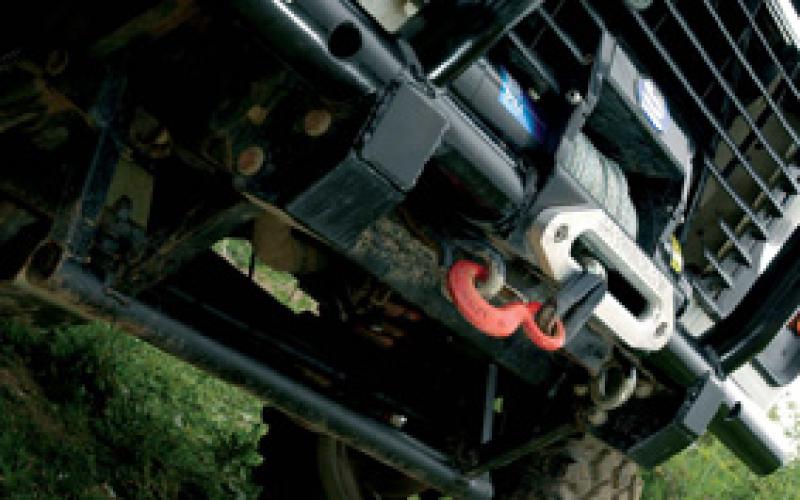 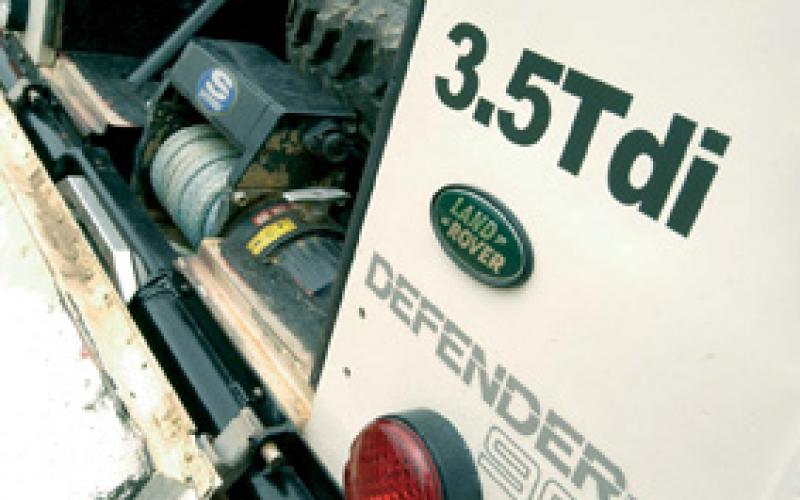 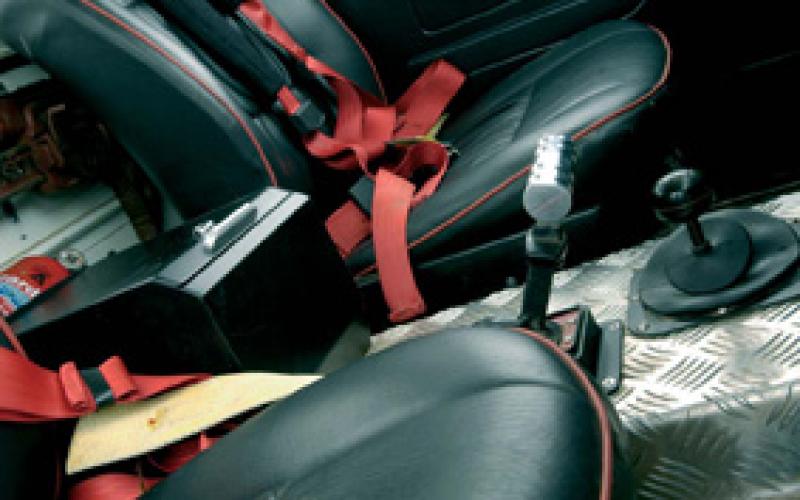 It’s easy to build your own hybrid Land Rover and have it looking just as good as a factory-fresh 90. All it takes is a decent donor vehicle, a few extra lumps of metal and a bit of hard graft. Oh, and it helps if you’re handy at welding too…

Imagine you’re a professional metal worker and a Land Rover enthusiast. Now imagine that your Range Rover has finally disintegrated after four years of faultless service. Imagine also that your best mate is a mobile mechanic who knows a thing or two about engines, and that the two of you have always dreamed about building a hybrid Land Rover.

It’s not hard to see that, faced with a situation such as this, most people would regard the Range Rover’s demise as a sign from the god of 4x4s that the time has come to fulfil your ambition. That’s how Stuart Whale interpreted things, anyway, and the result is the eye-catching Land Rover you see here.

Stuart and his friend Warren worked on the project for twelve months, and it was only recently completed when we met them. The vehicle utilises the donor Range Rover’s chassis, which has a shortened wheelbase of 92.75 inches in order to make it comparable in length to a standard 90.

The job of shortening the chassis took just three hours. Stuart and Warren cut out the required amount from the middle section and used ratchet straps to hold the two halves together. With everything secure, they then welded the chassis back in place and were provided with the perfect base around which to construct the vehicle.

A fabricator by trade, Stuart was able to save a considerable amount of money on labour charges. As such, he reckons the vehicle stands him at around £4500 – that’s about a quarter of the cost of a new vehicle from Lode Lane and about the same as a decent second-hand 90. Of course, if he’d paid someone else to do all the welding the build figure would have been considerably higher, but it doesn’t detract from the remarkably low financial outlay that lies behind a very impressive truck.

The body panels all come from a 90 that Stuart bought for £700. The chassis of this vehicle was completely rotten but the bodywork remained in pretty good condition. Stuart was able to take most of this off and fit it directly to his new truck.

It has been painted in commercial white by Spraytec – a firm near Stuart’s home in Basingstoke. He chose the colour deliberately as he thought it would be cost-effective to keep it looking good.

‘Most paint shops have commercial white readily to hand,’ he reports, ‘because vans are forever in need of touch-up work. It means that I’ll never have a problem getting a colour match.’

There is much more to this vehicle than a nice paint finish, however. All of the welded components have been custom built by Stuart, giving the hybrid a completely unique appearance. Moreover, the work has been completed to an exceptionally high standard – so much so that it is surely only a matter of time before people start approaching Stuart to ask him to produce similar components for their trucks.

This is not something in which he is particularly interested, however. ‘My employers [Sheet-tech Fabrication in Camberley] have been really generous during the build. I’m certain they would consider taking some orders for my work, but I’ve no intention of doing anything off my own back.’

With this in mind, you’ll just have to be satisfied for now with admiring the quality workmanship in evidence on the Land Rover. The front and rear winch bumpers were made by Stuart to a tiny budget of about £8 apiece. Each is adorned with a Superwinch EPi 9, which he regards as offering excellent value for a 9000lb winch. The bumpers also flow naturally into the custom-made rock sliders which cost the princely sum of £10 each. ‘I bought a length of box steel for 40 quid,’ Stuart explains, ‘and cut out four rock sliders.’ This provided one for each side of his vehicle and another pair to go on the hybrid that’s currently being built for Warren.

One feature of the truck that Stuart did not design and build from scratch is the roll cage. This he bought from Safety Devices as a kit that needed welding upon delivery. The decision to buy an off-the-shelf cage was borne out of a concern to ensure the component’s safety credentials, but Stuart was happy to save money by doing the actual construction work himself.

When it comes to protecting the hybrid from the rigours of off-road life, Stuart has fitted a home-made steering guard and Qt diff guards to the front and rear axles. He’s also bolted a Tomcat A-bar to the front bumper, though more for cosmetic than functional reasons. As with the roll cage, Stuart decided to splash out on a branded product rather than build his own to save hassle. ‘By the time you’ve fiddled around bending tubing you may as well buy the finished product from someone who is mass-producing them. It’s a lot easier in the long run.’

Home builders who do not have either Stuart’s professional abilities or his access to a fully equipped workshop would do well to take note of these comments. If a professional welder thinks that certain components are better bought off the shelf than made as one-offs, his reasoning is likely to apply all the more for DIY modifiers. It goes to show that, as much as it may feel like the cheaper option, producing your own designs from scratch is not always the most cost-effective solution.

Stuart sourced a 3.5-litre turbodiesel Nissan engine to power the hybrid and Warren installed it along with an entirely new wiring set-up for the whole vehicle.

The power plant comes from a lorry and delivers a startling performance both on the road and off it. On tarmac it is perfectly happy at normal motorway speeds, while in the rough it clambers over terrain at tickover with a gentle rumble and only very occasional encouragement from the throttle. Stuart was initially attracted to the Nissan lump by the promise of Japanese reliability and so far he has not been disappointed. He is finding spares a little hard to come by, though fortunately repairs are rarely necessary.

The engine is allied to a three-speed automatic gearbox that was fitted to the donor Range Rover. This bolts on to the engine via a Milner conversion plate and Stuart has positioned the linkage more centrally to protect it from getting damaged over excessively bumpy terrain.

When it comes to suspension, the hybrid has the sort of set-up you would expect of a high-calibre off-roader. Two-inch extended Scorpion springs were taken from an Evolution kit that Stuart purchased when he was thinking of bobtailing his Range Rover. These are complemented with cranked rear radius arms and dislocation cones to improve drop-out and increase articulation.

Extended DeCarbon shock absorbers also account for the extended wheel travel and provide a more forgiving ride for the vehicle’s occupants. Moreover, the shock mounts have been lowered in an effort to make the most of the available flex in the suspension set-up. Once you factor in the home-made body spacers that provide another couple of inches of lift, there is plenty of room beneath the arches for the 275x70R16 Blackstar tyres. Mounted on steel modular rims, these add to the truck’s striking cosmetic appeal.

Given that the hybrid is used as an everyday car as well as an off-road plaything, the impressive on-road performance of the Blackstars is a definite point in their favour. ‘You may sacrifice some of the off-road potential for this extra refinement,’ Stuart states, ‘but I think it’s worth it on balance. At the end of the day, I spend a lot more time on the road than off it… even if I’d sooner the ratio was reversed!’

Although he is perfectly happy with the suspension configuration and ride height, Stuart is toying with the idea of fitting portal axles to his Land Rover. This has been done before – most notably by Willie Davenhill on his astonishing leaf-sprung Lightweight, which we featured in the December 2004 issue of TOR – and it would give the hybrid awesome off-road potential, not to mention a truly eye-catching appearance.

The axles incorporate diff-locks, which is what has set Stuart thinking: ‘Locking diffs are the next obvious modification,’ he remarks. ‘If I go with the portal axles I get these as well as a substantial increase in ground clearance.’ What is more, he reckons it will probably cost about the same to do the conversion as a pair of ARB air-lockers for the front and rear.

For now, however, Stuart is happy to bask in the glory of getting the first phase of the build completed. He has a vehicle that is ready to use and looks the part. Further modifications will come in time, once he has ironed out any teething problems. So far, any such troubles have been mercifully few. He bent a steering arm during our photoshoot but this was nothing that couldn’t be straightened by the winch of a nearby Land Cruiser. Apart from that, nothing has gone wrong yet, which means Stuart is able to simply enjoy spending quality time behind the wheel.

The fun of this is enhanced by the custom-made exhaust. It uses a combination of a Subaru straight-through centre box with various Mercedes components to deliver a pleasing performance and, more importantly, a really sweet note.

In order to make the most of the hybrid’s departure angle, Stuart removed 3.5 inches from the rear overhang and has, in effect, created a bobtailed 90. This gives the truck a jaunty appearance and makes a further contribution to both its distinctiveness and its off-road credentials.

Another component that has been designed with the rough stuff clearly in mind is the fuel tank. Stuart constructed this himself and has made it completely diesel-tight no matter the angle. This ensures it will not leak in the event of a roll-over and provides valuable peace of mind.

Also with an eye to safety, the rear windscreen of the truck cab is Perspex so that it will not smash. The interior benefits from racing seats taken from a TVR. These have been lowered in order to offer a more comfortable driving position, and the centre cubby box doubles as an armrest for driver and passenger alike.

Twin 80-amp batteries and a heavy-duty alternator came as standard with the engine, and Stuart has stuck with these for the sake of convenience. Because they are truck batteries rather than special off-road ones, they have the added advantage of being reasonably cheap to replace.

At first glance this Land Rover may look like a big-money build. Scratch beneath the surface, however, and you will realise that its owner has kept a keen eye on the budget and tried to reduce costs wherever possible. Along with the off-the-shelf products already mentioned, the only other branded aftermarket component on the truck is a Southdown snorkel. Everything else is the result of Stuart’s and Warren’s handiwork.

Of course, it’s a big bonus that between them they have all the skills necessary to build a car from scratch, and their joint knowledge has certainly helped in keeping costs down. It’s undoubtedly true that the average hybrid builder wouldn’t be able to produce a vehicle like this on a comparable budget. But then Stuart and Warren are not what you’d call average hybrid builders, and this shines through in the fruits of their labours. After all, there’s very little that is average about this particular 4x4.