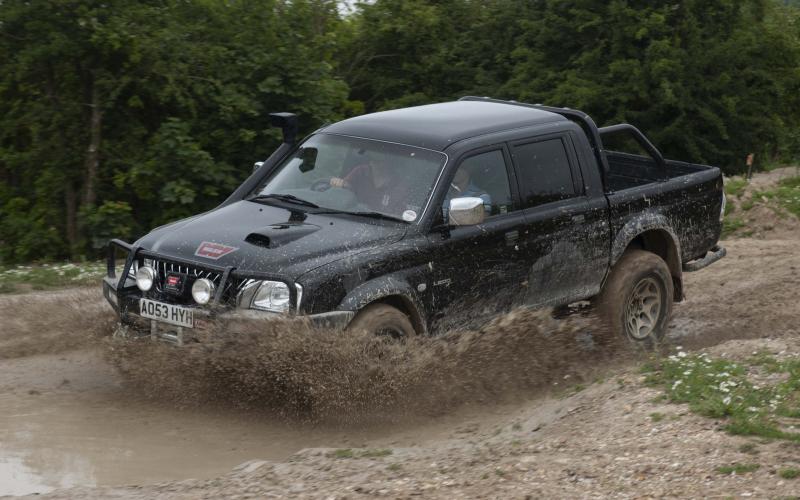 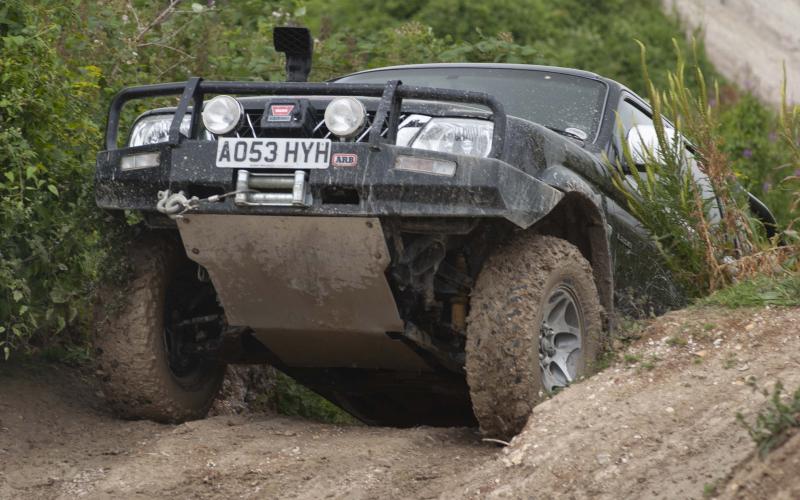 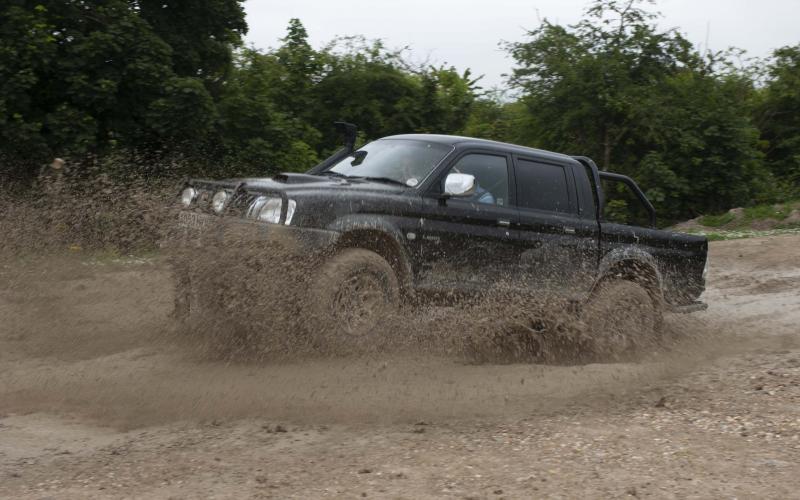 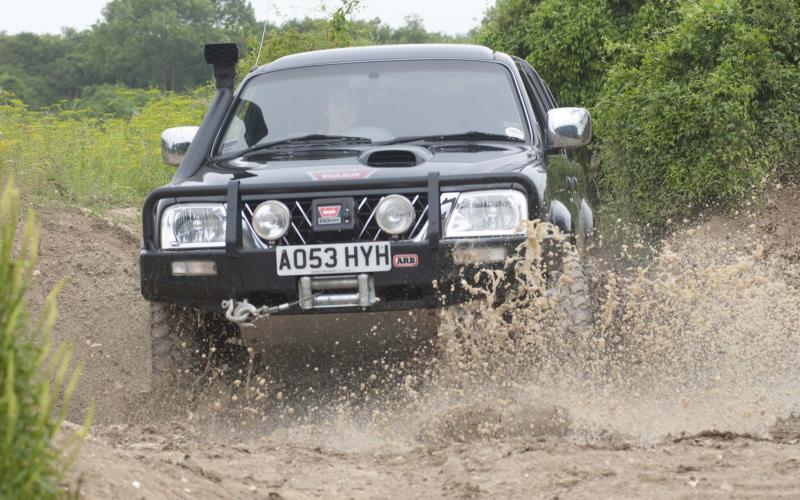 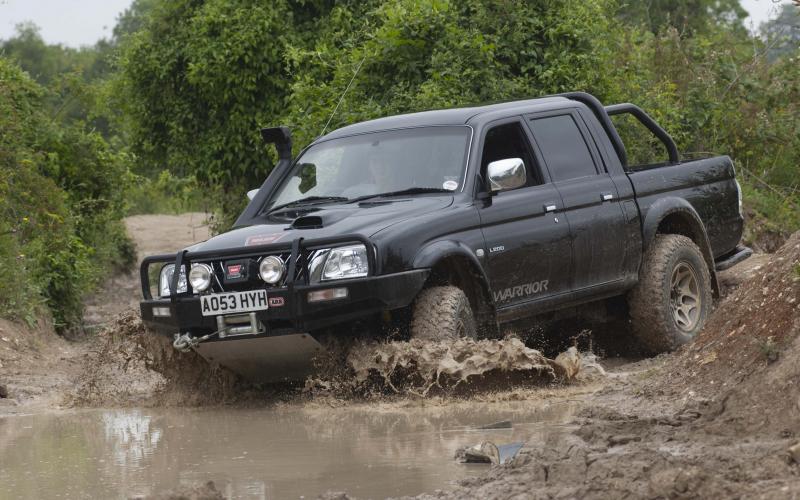 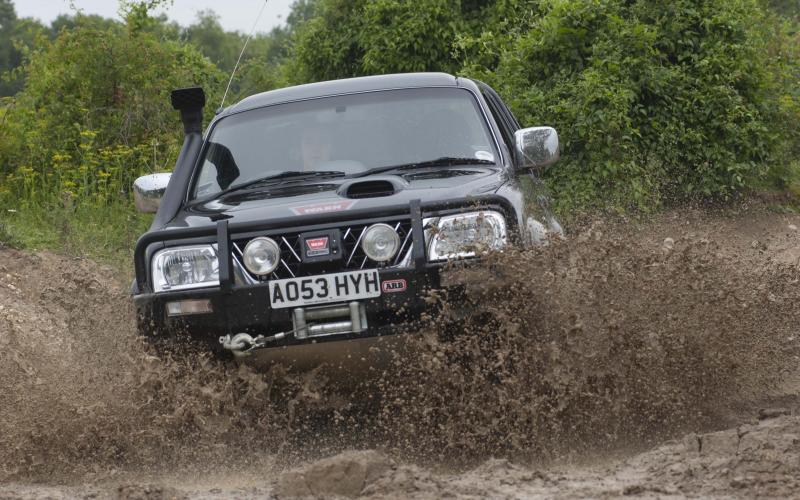 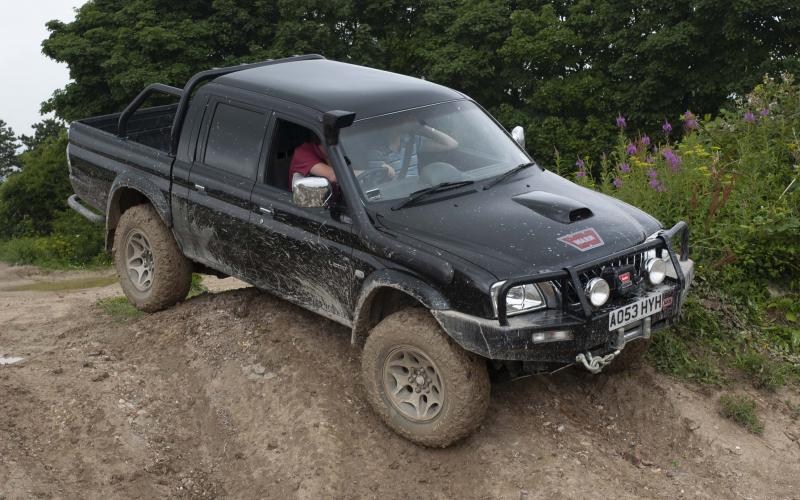 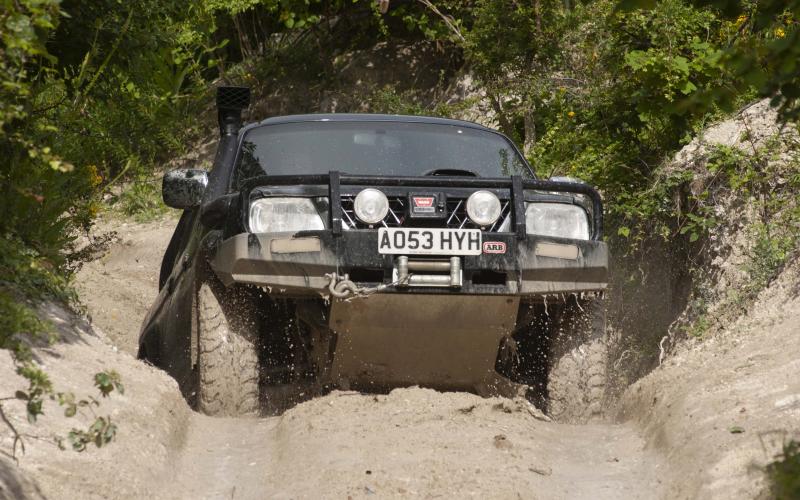 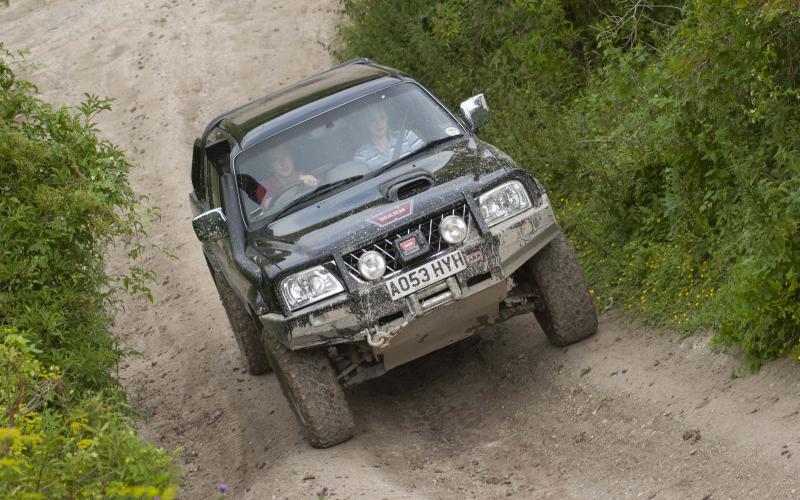 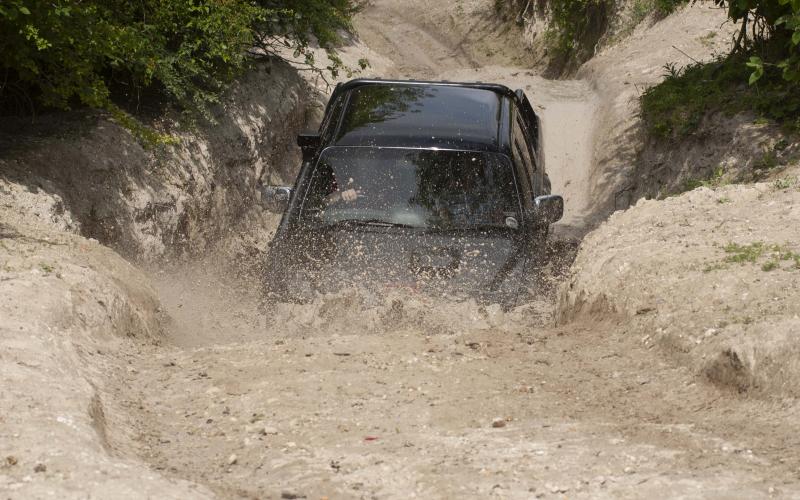 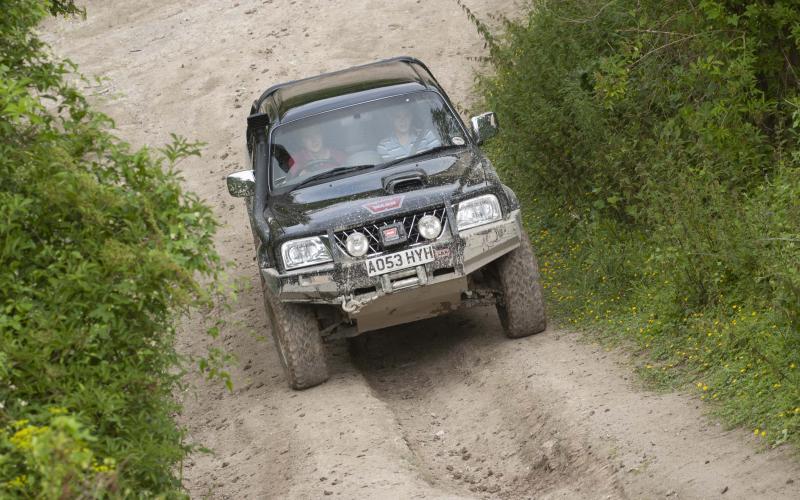 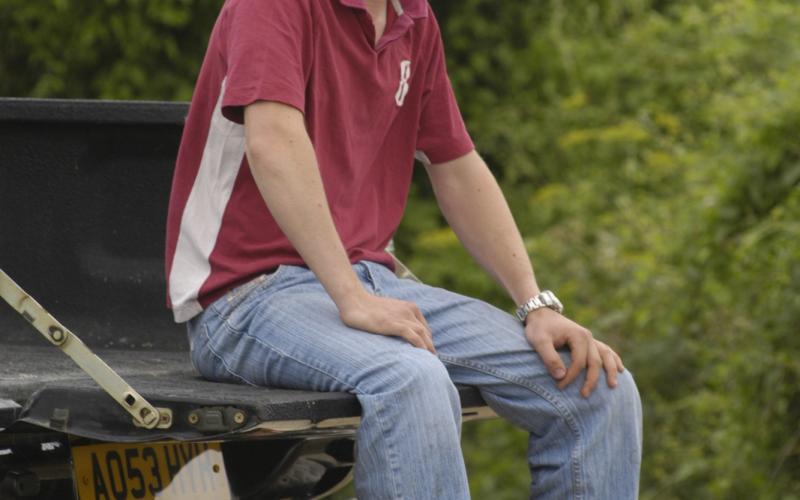 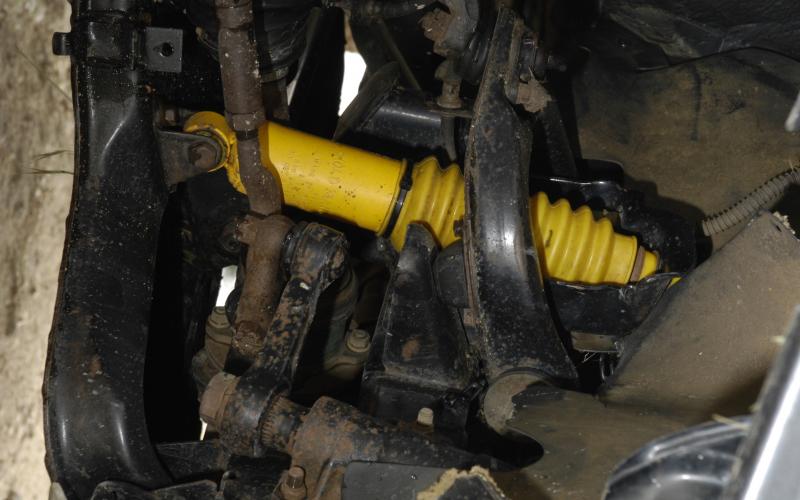 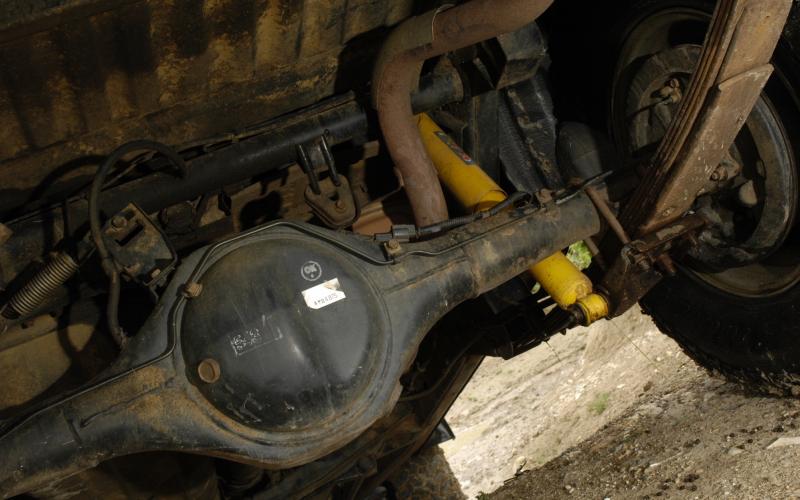 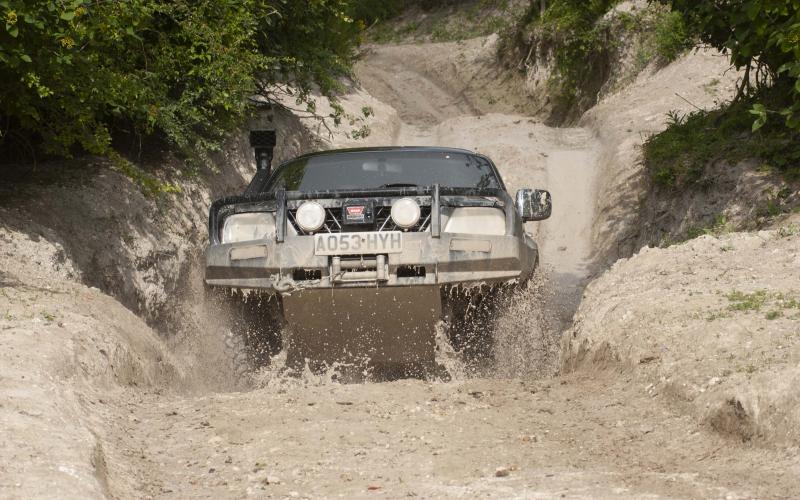 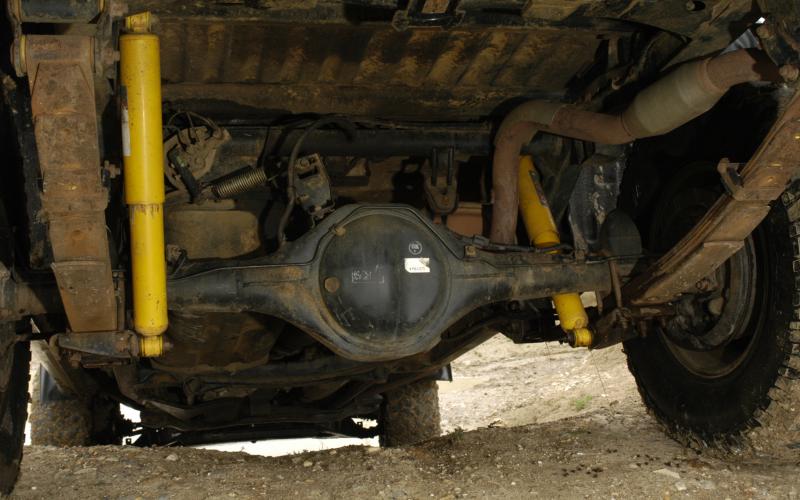 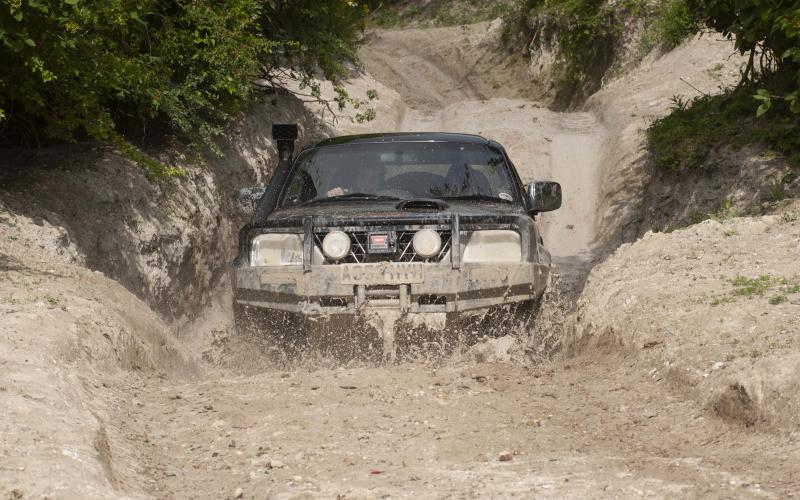 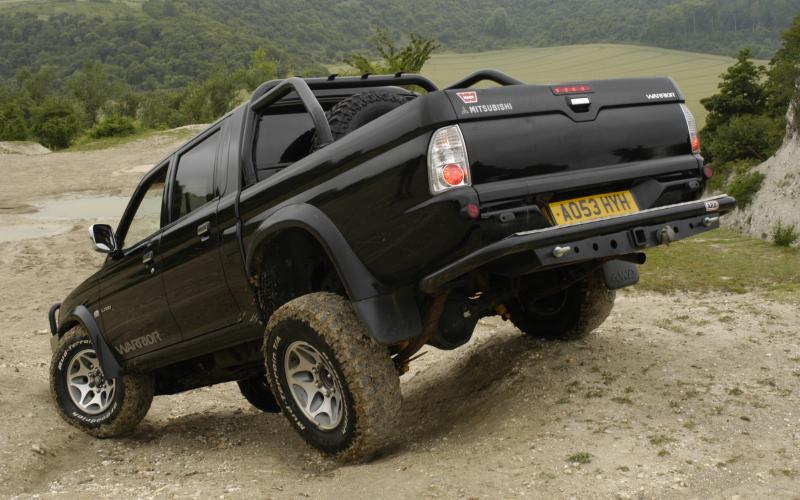 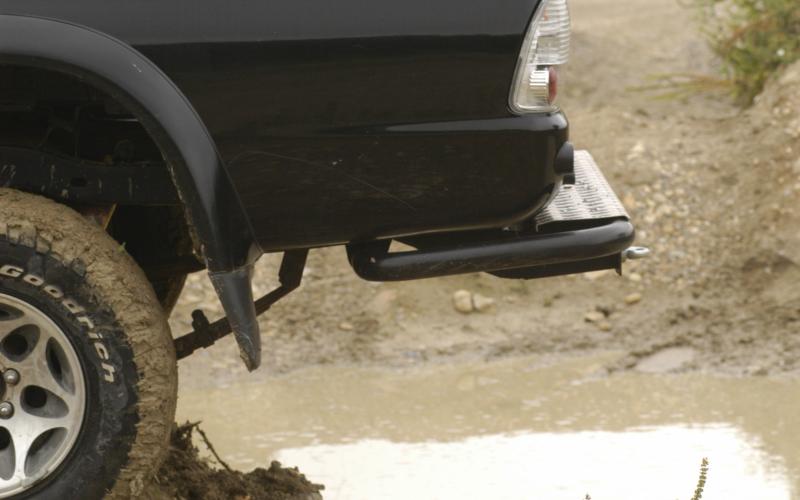 Back in the days before modified pick-ups became a common sight, a few pioneering enthusiasts were turning their work trucks into off-road toys.

It’s easy for hardcore off-road enthusiasts to be cynical about the double-cab phenomenon.They might be among the most capable 4x4s you can buy these days, but pick-ups are still big, long, heavy lumps with way too much metal hanging off their rear end – and to make matters worse, their manufacturers still insist on portraying them as lifestyle wagons for the sort of supremely presented surf dudes and mountain bikers who don’t exist in real life.

As hardcore off-road enthusiasts go, however, Chris Abel is one of Britain’s leading men. In an era when purpose-built challenge specials were taking over at the top of the extreme winching scene, he commissioned a best-of-everything vehicle in which he became one of the most competitive drivers in the country.

But long before that vehicle was ever thought of, Chris’ weapon of choice was a Mitsubishi L200. In many ways, it was the classic example of a work-and-play motor – Chris used it in his job as a site manager for a construction firm, meaning it was often to be seen carrying a mini digger – but at the weekend, he would hitch up a trailer and set off across the country to enduro bike events. Later, too, it went on to tow his first challenge truck.

But what made the vehicle interesting was what Chris did with it when he wasn’t working or biking. It was good at both those things – but with a few modifications, it wasn’t half bad off- road either.

These modifications included a +2” Old Man Emu suspension lift and a set of 265x75R16 BFGoodrich Mud-Terrain tyres fitted using 30mm spacers. Despite the truck’s day job, the Emu kit was specced in the softer of two available rates, giving it a smoother ride and more supple handling off-road. ‘They give a good amount of articulation,’ Chris told us,‘and the rear wheels follow the surface with ease.’

Of course, the vehicle is never going to have the same amount of travel as a purpose- built off-roader of the Defender ilk. Bearing in mind its limitations, however, the Emu set-up worked well. Indeed, Chris used to own a 90: ‘This is a far better everyday car, because it’s a lot more comfortable than the Land Rover. It’s also much more capable in the mud than people think. Owning a vehicle like this is always a compromise between having the level of off-road ability you crave and keeping things comfortable on the road.To be fair, the balance on this vehicle is probably tilted towards the latter.The important thing is to remember where its limits are, and try not to overreach them.’

Watching Chris behind the wheel, there was no sign of shyness about taking on terrain the average L200 driver might be expected to baulk at. But he certainly wasn’t gung-ho about it – when you need your truck for work on Monday morning, you need to temper your ambition with a healthy dose of common sense.

Many seasoned off-roaders will tell you that having to look after your vehicle this way, while it might feel like a bit of a bore at the time, is actually a very good way of learning how to protect yourself. Having a truck you’re willing to drive absolutely anywhere without regard to the damage it might suffer is great fun, but it doesn’t exactly teach you much about reading the terrain defensively.

When you cover around 43,000 miles a year in your off-road toy, not breaking it means still being able to do your job.And not breaking it means making it harder to break.A heavy-duty ARB bumper is very hard indeed to break, and being home to a Warn 9.5XP makes it a better ally than ever on your off-road adventures. Juicing your winch from an Optima Yellow-Top and uprated alternator is a sure sign of someone who sees their vehicle as more than just a status symbol, too.

The original alternator was replaced after one too many drownings in deep water, which may come as a surprise given what we were saying about looking after your vehicle. Chris told us he once had water three quarters of the way up his door, which is definitely not recommended for a long and healthy life, but the engine and drivetrain are at least protected by a Safari snorkel and raised axle and gearbox breathers

Talking of the engine, Chris decided to go in search of extra power and get it chipped. His first attempt was with an aftermarket component which caused the engine to smoke, so he replaced it with Mitsubishi’s own dealer-fit product – which gave the 2.5-litre turbo-diesel unit an extra 30bhp, making it that much nicer to drive on the motorway, off-road and in front of a trailer.

Which reminds us of the do-it-all nature of Chris’ truck. It’s a modified off-road toy, but it’s also a daily drive, a tow barge and a tool of work – and it’s pretty good at everything. Chris told us he was thinking of using a body lift to allow bigger tyres, and that he’d do a ring-and-pinion swap in the diffs to keep the gearing right at the same time, but as it is you’re looking at an L200 which blazed an off-road trail many years before modified double-cabs became a common sight in the UK.

Even now, hardcore off-road fans can still be a bit cynical about pick-ups. But these days, more and more of them are coming round to the charms of the L200 and others like it.And Chris Abel was one of the visionaries who, many years before the downfall of the Defender, showed them it could be done.