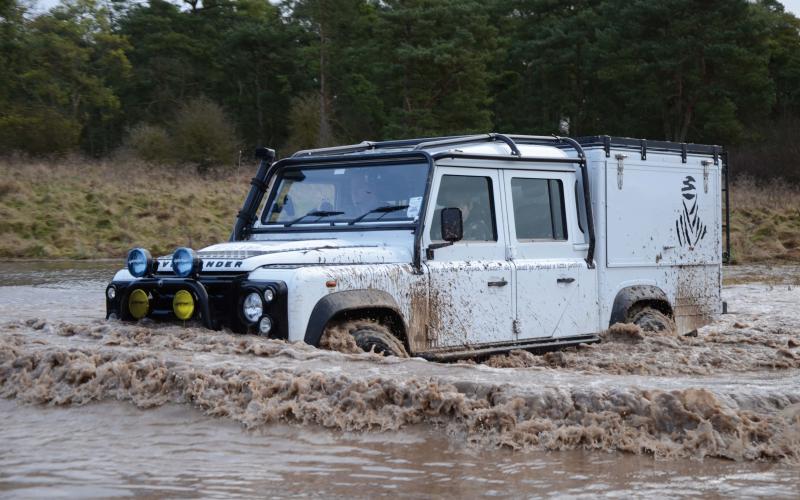 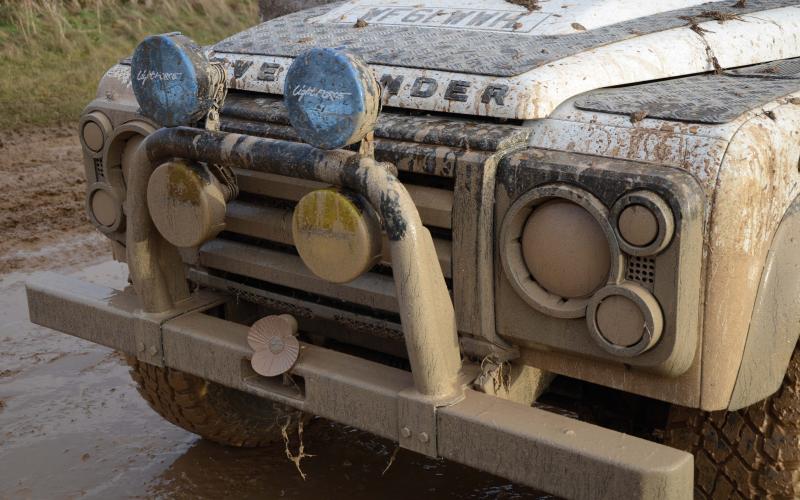 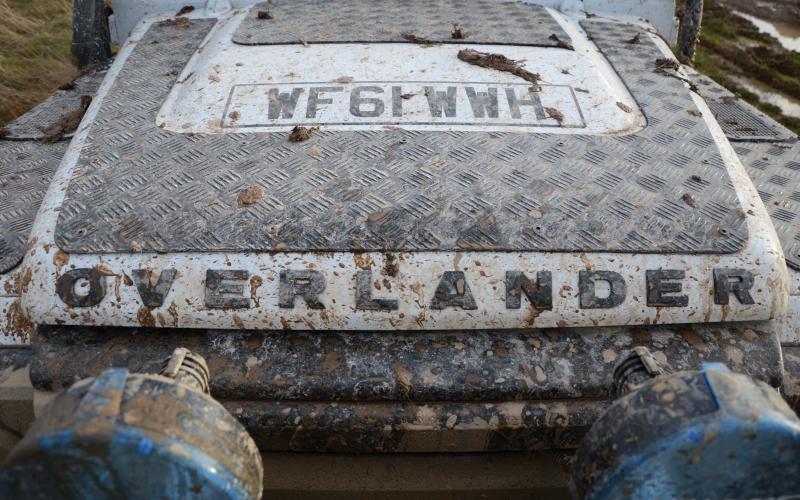 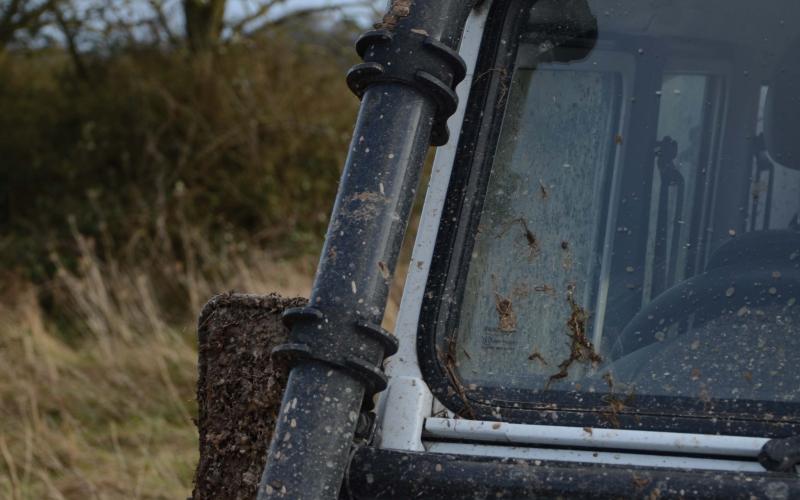 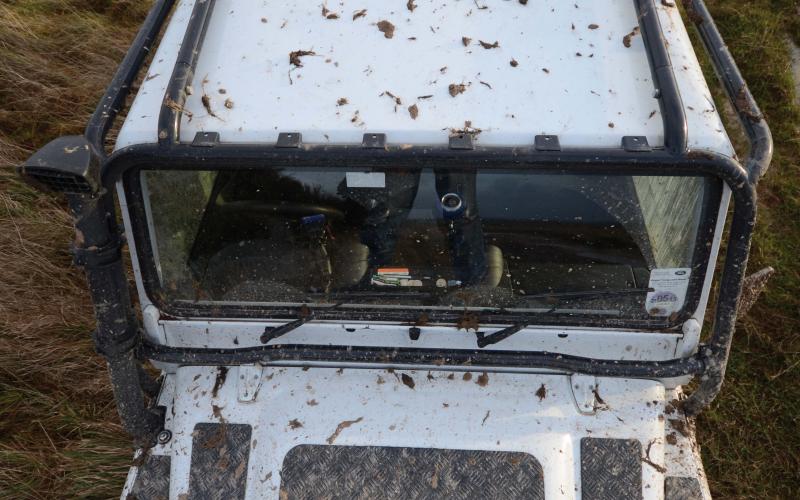 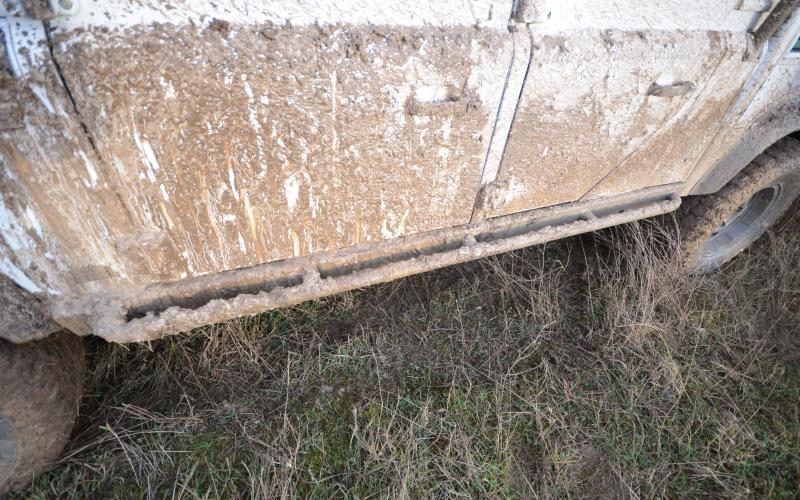 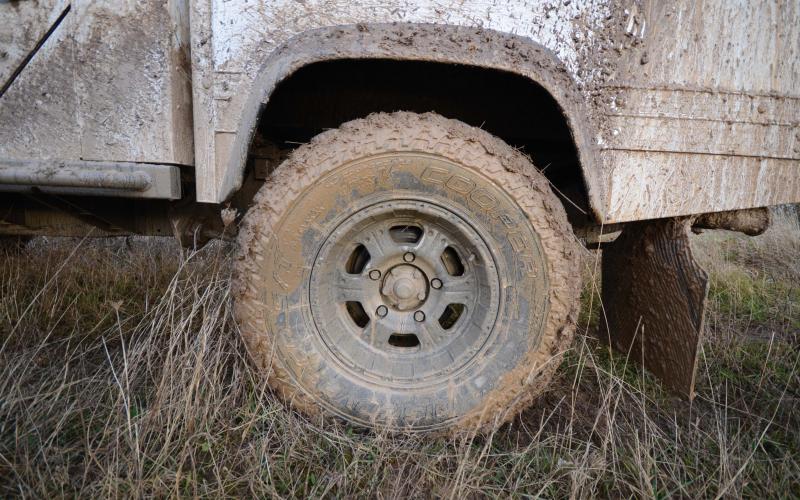 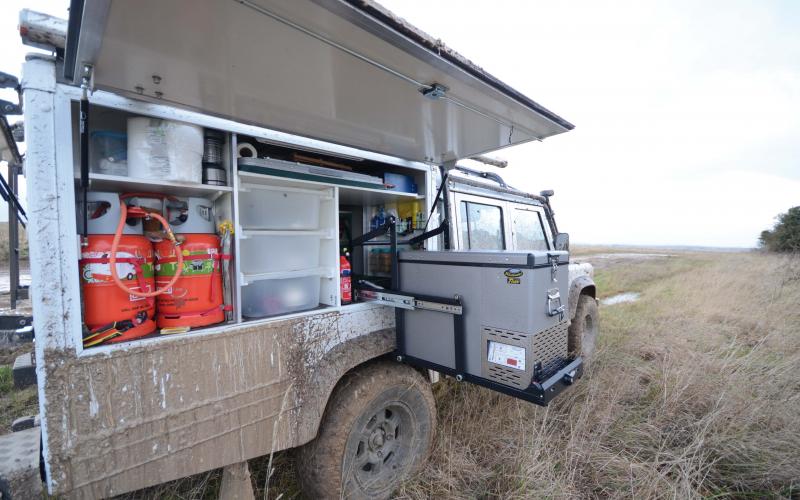 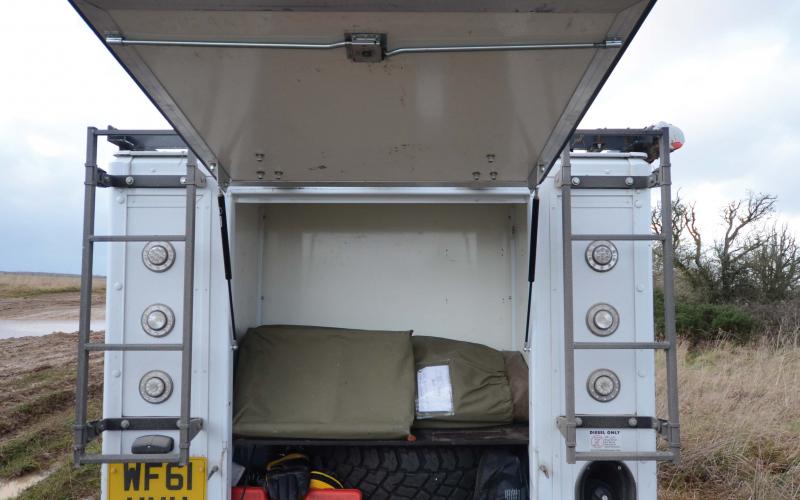 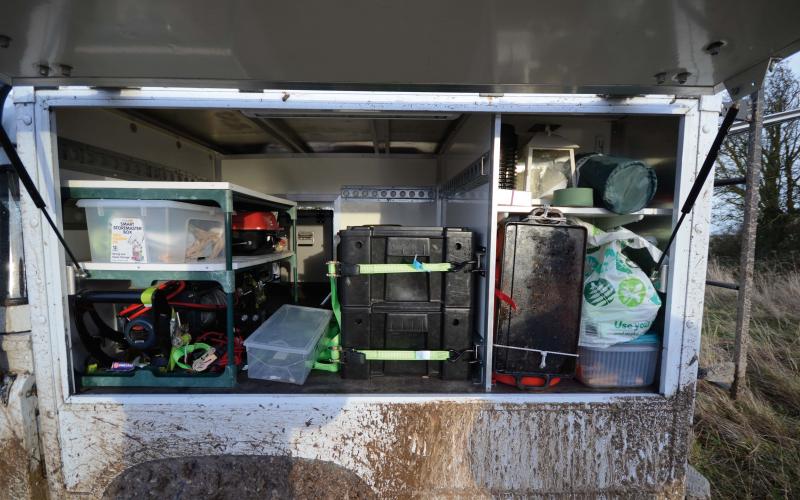 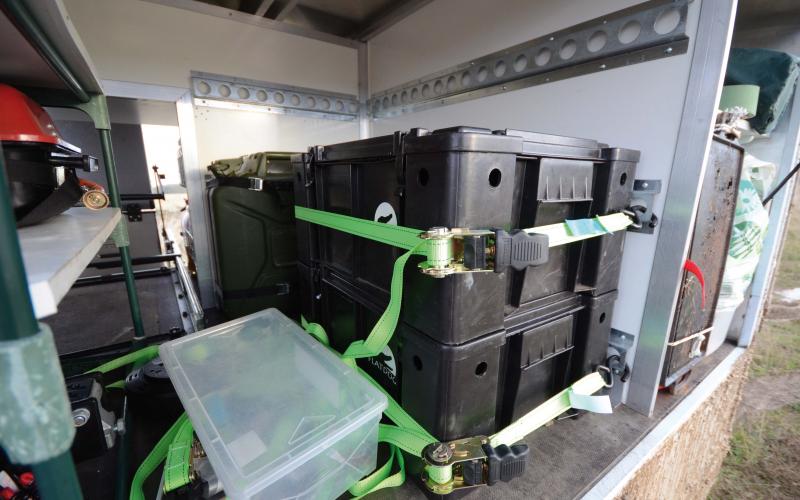 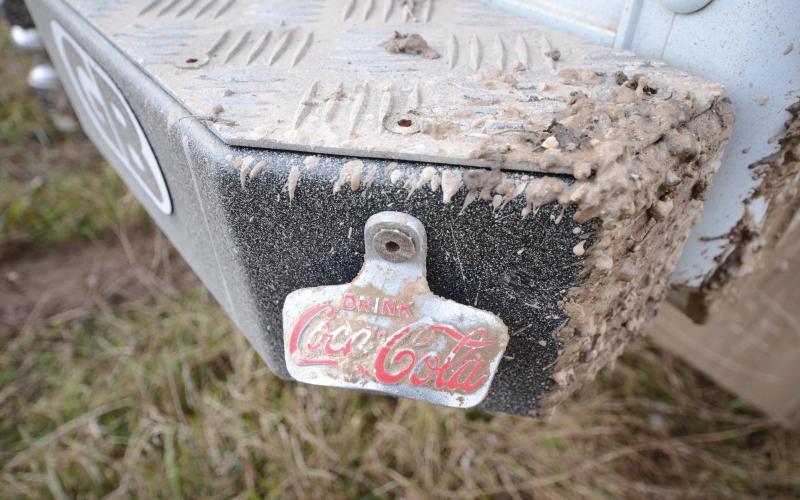 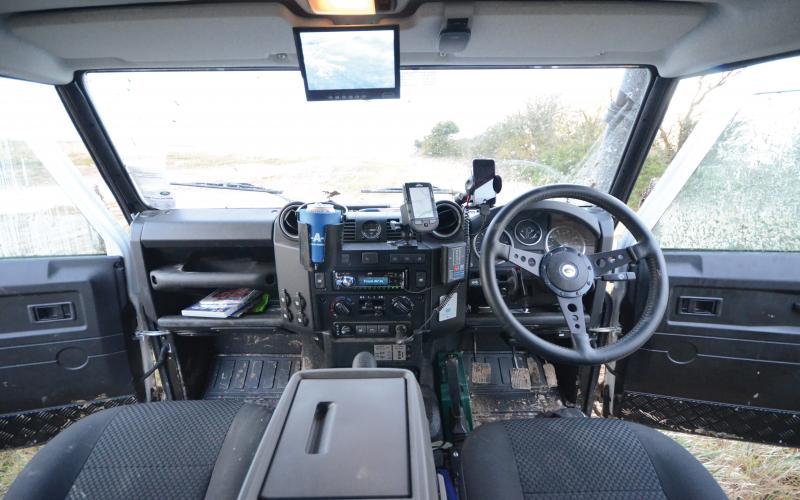 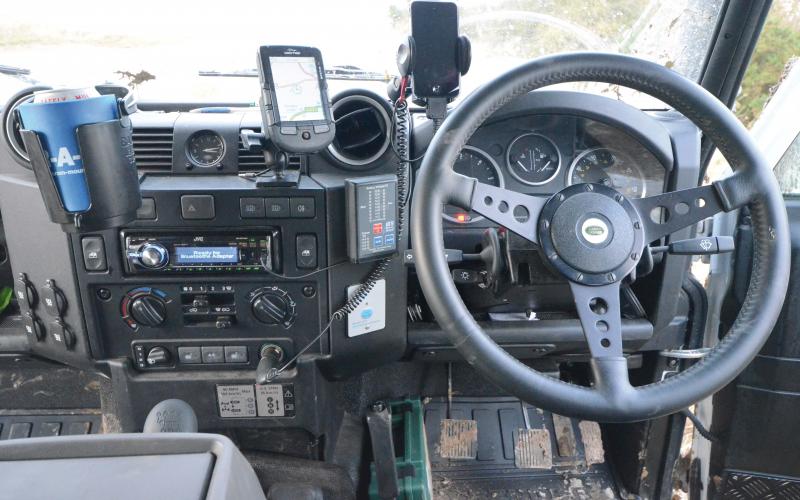 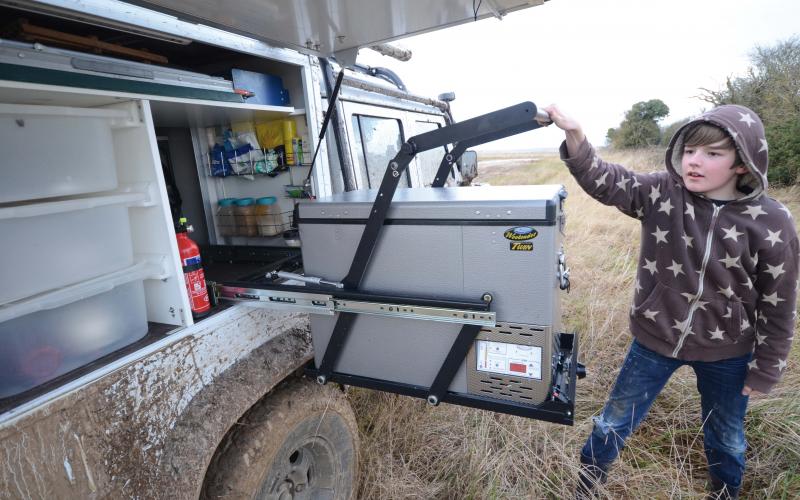 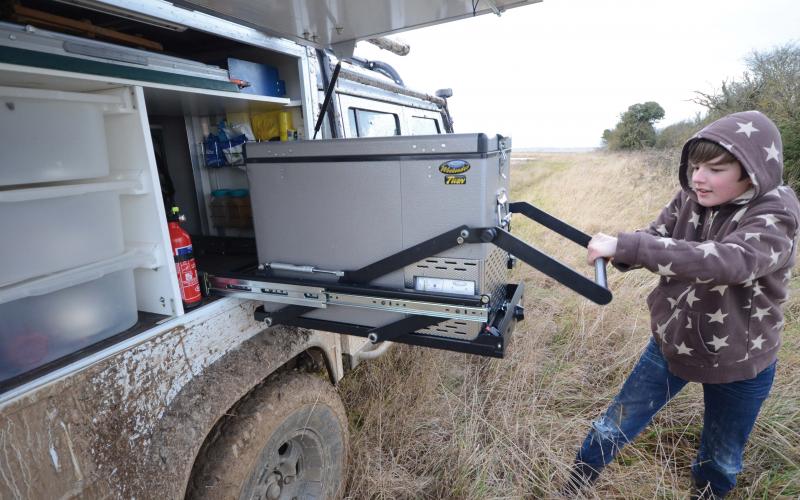 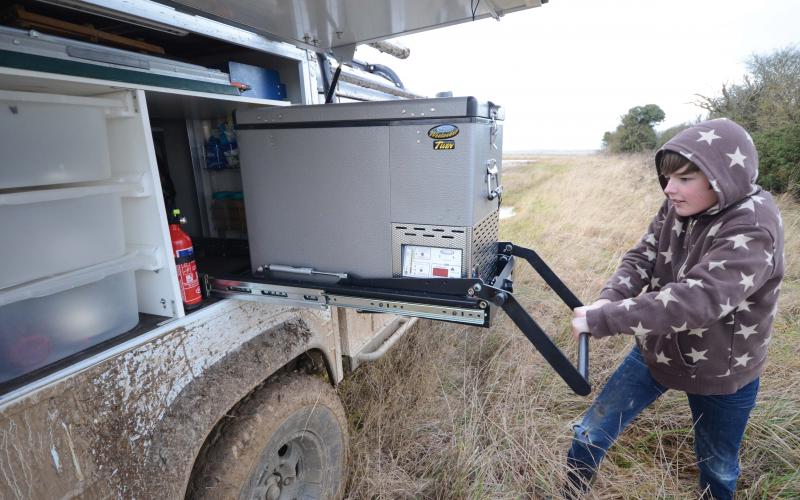 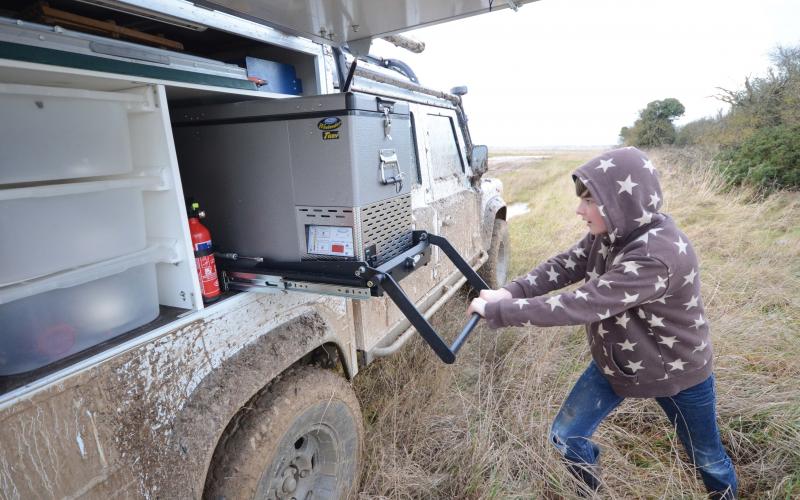 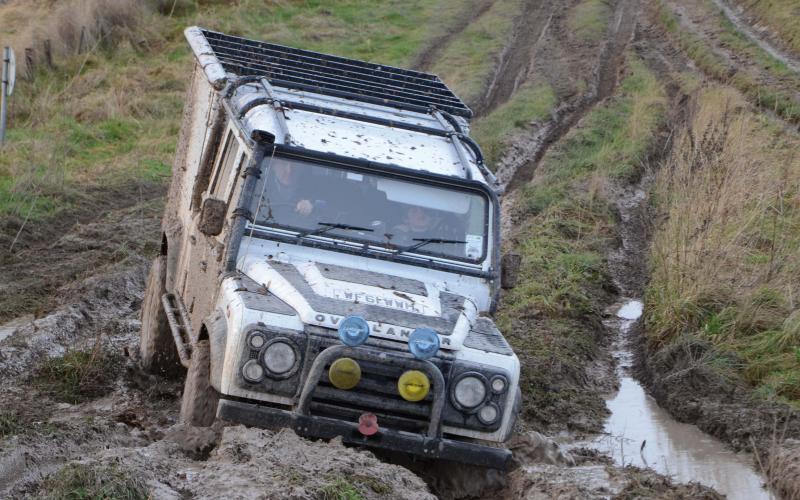 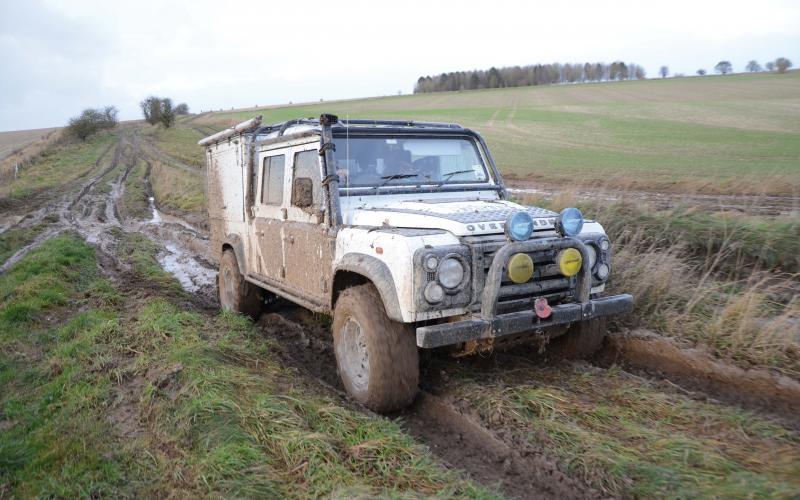 Toby Barnes-Taylor is every kid’s dream dad. When he left the army with a resettlement cheque, he didn’t sink it into the mortgage – he bought a Defender 130 and prepped it for overlanding. From now on, every family holiday is going to be the adventure of a lifetime.

We’ve featured hundreds of modified 4x4s over the years, and every owner has had their own story to tell about how their truck came to be the way it is. We’re pretty sure, however, that Toby Barnes-Taylor is the first who bought a Land Rover as the result of a ‘complete life-changing epiphany.’

The story goes back to 2011. Actually, it goes back to 1992, when he first joined the armed forces, and in the intervening years he says he ‘fell in love with Land Rovers’ while serving in places like Iraq and Afghanistan. Scroll forward 19 years and he was getting ready for early retirement when, a few months before returning to civvy street, he bumped into an old friend by the name of Woody.

‘He had a Defender 130 which he used to take his family on camping holidays in North Africa,’ Toby explains. ‘In the Easter of 2011 he invited me to go on holiday with him, with two other vehicles as well, all dads and sons. The plan was that the boys would go out for a couple of weeks, then his family would fly out and they’d have two more weeks of adventures with his wife and children.’

And that was when the epiphany happened. ‘I went with my son Joe and it absolutely fundamentally struck me that this was what I wanted to do with my children. The adventures we had, the stories, the sleeping under a million stars in the desert, the freedom… I came back utterly changed.’

With retirement looming, he resolved to use some of his army resettlement pay to buy and prepare a Land Rover of his own. ‘Most people would use it to pay some money off on the mortgage,’ he reflects. ‘But I wanted it to give the children a thousand adventures as they
were growing up.’

When you’ve only just arrived home from a fortnight’s holiday without your other half, announcing to her that you plan to spend a fortune on a car might be considered a bit of a gamble. But Toby says his wife got the idea from the word go. ‘She thought I was utterly crazy, but immediately understood what I was trying to do. So I was very pleasantly surprised that she agreed with the idea of having adventures, and that the memories our children would take from them would be just as important as the education they receive in school.’

This is a big part of the 130’s appeal for Toby. ‘Hotels are so sanitised and so safe, you could be in Spain or France or Portugal or Turkey… Wherever you go, the food’s almost the same, the pool’s the same, the children would have no memories of parts of the world.’

By contrast, here’s what the family did in August 2012: ‘We took the children into the desert and the Atlas Mountains. I taught my son how to drive on a dried lake bed. And we just had a thousand adventures. Camping out, playing cards in the evening, sleeping out under the stars and filling their brains with all the things we did for fun.

‘And they’re now learning at school about Rome, so they asked if we can go to Italy this summer and we’re planning that. We’re planning to take them to see the Northern Lights in spring of 2014, up through Sweden and Norway. I go back to Morocco with a bunch of friends in May next year, when we’ll go straight over the Atlas mountains and into the Sahara.’

The truck that makes it all possible started life as a 130 Double Cab Chassis, which Toby bought new from Roger Young Land Rover in Plymouth. This particular outfit got his business because as well as being a main dealer, it has a fabrication shop on-site which could build him a bespoke overlanding version of the Quadtec backs it puts on Defenders for utility companies and emergency services.

Prior to that, there was a bit of debate in Toby’s mind about whether he really needed a 130. He knew the Land Rover was also going to be his everyday car, and a 110 would be much less of a handful in traffic. As for parking…

‘But with three children,’ he says, ‘in a 110 I would have had absolutely no space for any luggage, so I would need to load a great deal on the roof. When we went to Morocco, we had 180 litres of liquid on board, and that’s before you get into the weight of the tent and so on.
A 110 would be easier to use every day but I didn’t want to unbalance the vehicle, so it had to be the 130. I’d say I’ve compromised on it being an unwieldy vehicle for normal use in town, and it certainly makes parking more difficult, to ensure that when we’re doing overland trips, there is no compromise.’

With the shell of the truck now ready to fill with goodies, the story of the build turns into something of a who’s who of the off-road aftermarket. Devon 4x4, Extreme 4x4, First Four, John Craddock, Paddock Spares, Protection and Performance, Nene Overland, Trek Overland, OEC… each of these and more played their part as the build was planned over the course of several months, with Toby ripping pages out of off-road magazines to create a catalogue of things he wanted.

Taking the advice of his friend Woody, who had already been overlanding for many years, he decided that roll protection and suspension, the latter including wheels and tyres, were the two areas in which he could least afford to cut corners. Look at it that way, and overlanding is no different to comp safari.

And it was a well known name on the safari circuit who supplied the cage, in the shape of Protection and Performance, whose full external unit was fitted by OEC International. The same company also did all the electrical work – and as work goes, that’s a whole lot of it.

Starting the engine continues to be the job of the original primary battery, and it should never struggle to do so as that’s still all it’s there for. An intelligent management system keeps it charged, while also maintaining an Odyssey PC1500 which runs all the vehicle’s auxiliary draws.

These include no less than seven 12-volt sockets, split between the front facia and back body, and a 2kw power inverter supplying a bank of three mains plugs under rear seats. Anderson connectors front and rear can be coupled to jump leads, an air compressor or a demountable Champion 9500 winch and, as well as not one but two fridges, further goodies in the cab include a 7” display running a pair of rear-view cameras and a 10” screen for a roof-mounted DVD player.

Putting some juice back in is a 4.5W solar panel, and a 240v external hook-up is installed to remotely power the vehicle through a separate fuse box.

Down below, those wheels and tyres are 285/75R16 Cooper Discoverer ST Maxx fitted on Pro-Comp Extreme alloys. An unusual choice, but width matters more in the desert than on the average British lane, and the sheer amount of metal in the rims demonstrates that when a truck’s this heavy, strength is way more important than unsprung weight.

Holding it all up is a set of Old Man Emu springs, but not just any set. Those at the rear are heavy-duty units, and for obvious reasons they’re backed up by helpers. Similarly, the shocks are twinned on the rear axle, and damping of another kind comes from a Terrafirma Return-to-Centre unit on the steering – no small matter with tyres this wide.

Woody’s advice has proved very sound thus far, with the truck doing exactly what it was meant to on the family’s first expedition. ‘Morocco was the first time we had stayed in it for more than one night, and after three weeks the only thing I was wanting for was an extension to the exhaust pipe so I could run the engine when the car was static to keep the batteries recharged.’ That speaks volumes for the suspension combo (the cage didn’t get tested, happily) – and indeed for the truck itself.

‘It was Woody whose 130 I went in originally, and he made the point that when you’re camping and moving every day, the ease and the speed with which you can set up and disassemble your camp is one of the things you have to think about most. With the 130, the side hatches open up and allow access to the kitchen almost instantly. We can pull up and be cooking food within 15 minutes of the car coming to a halt, and have the tent set up as well. But if we were in a 110, we’d have to unload everything in order to set it up, then reload and pack it. And that would drive you not to want to move every day, so you don’t explore as much.’

So is it really worth lugging your holiday home around with you all year round, in the form of a 17-foot wagon that probably weighs as much as an actual holiday home, just for the sake of a couple of weeks’ adventure every summer? You already know the answer: the experiences Toby’s family have had already, and the promise of a lifetime’s more to come, are all the justification a person could ever need.

Even in pure financial terms, what he’s done with this vehicle makes complete sense in the long term. He expects to keep the Land Rover for at least ten years: assuming that without it, he’d be buying five new family cars in that time and trading each of them in on its second birthday, the truck is his protection against around £50,000’s worth of depreciation.

It makes a whole lot of sense in other ways, too. ‘Each holiday we go on probably costs a quarter of what it would if we were flying and staying in hotels,’ he says. ‘Now we have the car, holidays are far cheaper, so we can go more adventurous places for longer. We can use it for weekends away or anything else we want to do, we can explore far wider. And when we visit friends around the UK, we can camp out rather than having to stay in their homes.’

‘If that’s some way of justifying the pain of writing the cheque,’ says Toby when we put that to him, ‘then yes, you’re quite right.’ But this Land Rover isn’t about dull care and commonsense. It’s about learning, exploring, adventuring, discovering: it’s about making anything possible.

And yes, it’s about doing something a little bit crazy. ‘I had that one chance of the retirement money from the army to buy this and set the family on its way,’ admits Toby, and it’s a chance he took hold of with both hands. He’s a man who’s made the most of his good fortune – and you can’t imagine that his family will ever stop thanking him for it.