Defenders Are a Girls Best Friend 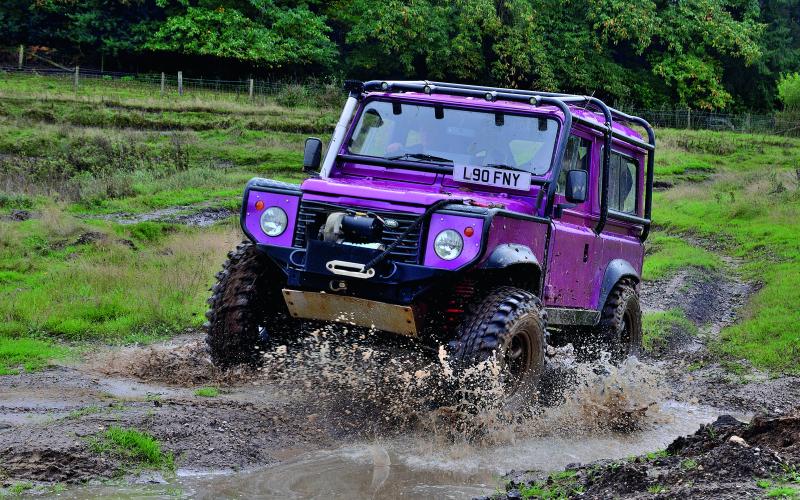 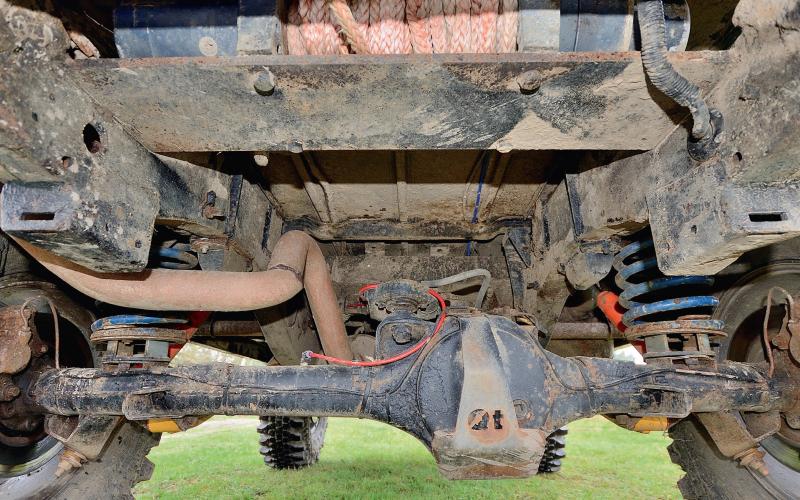 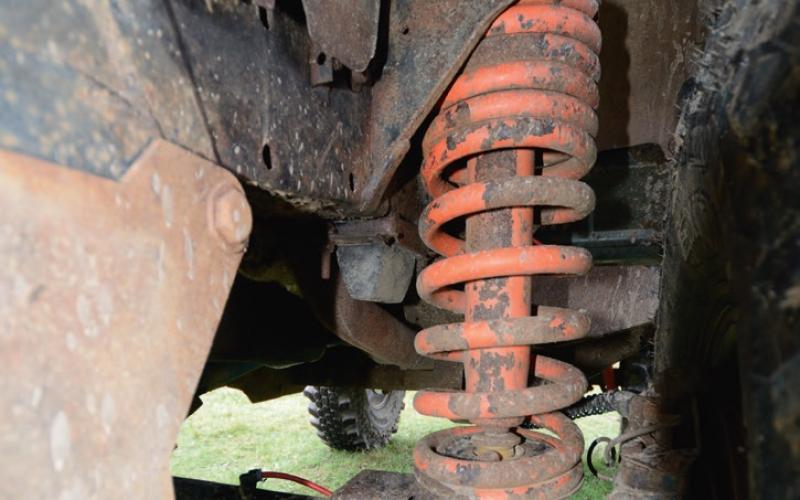 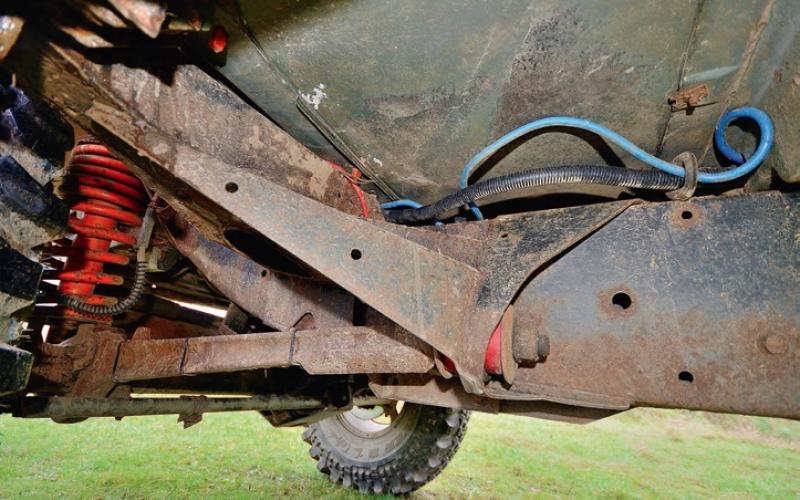 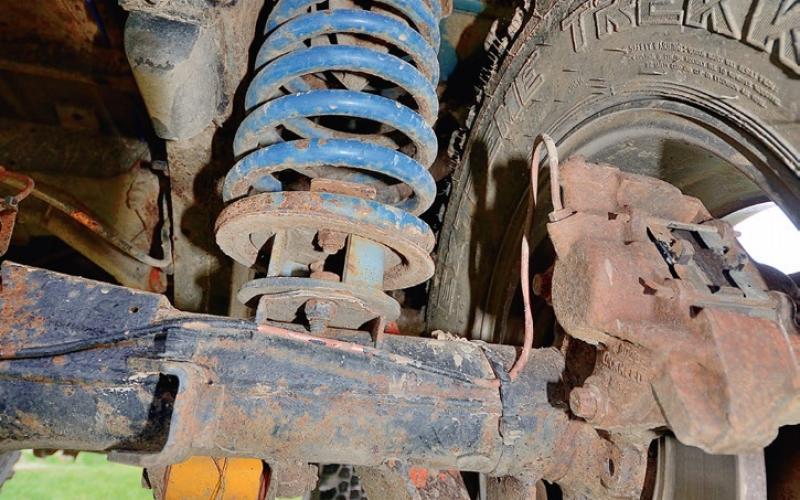 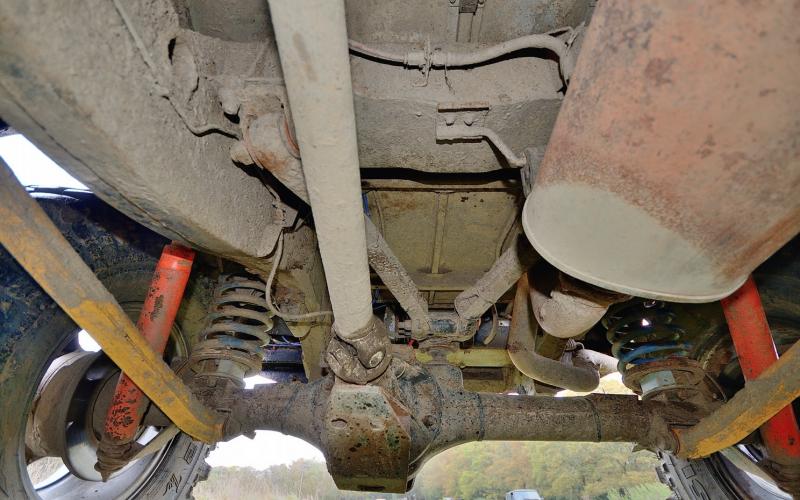 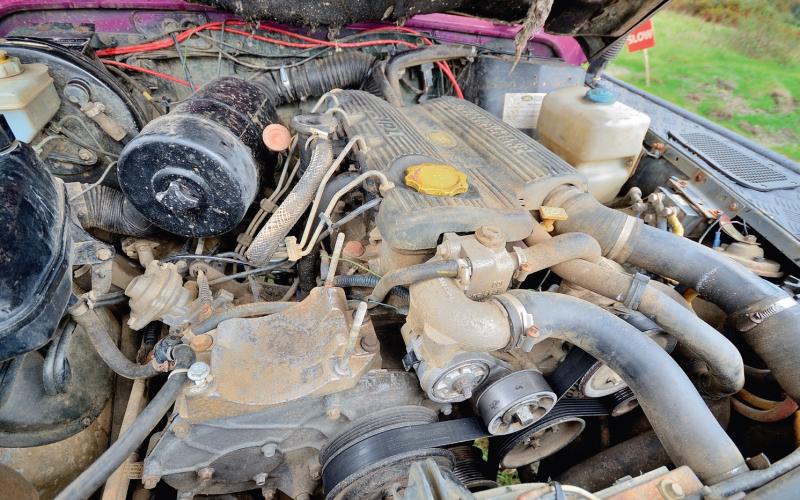 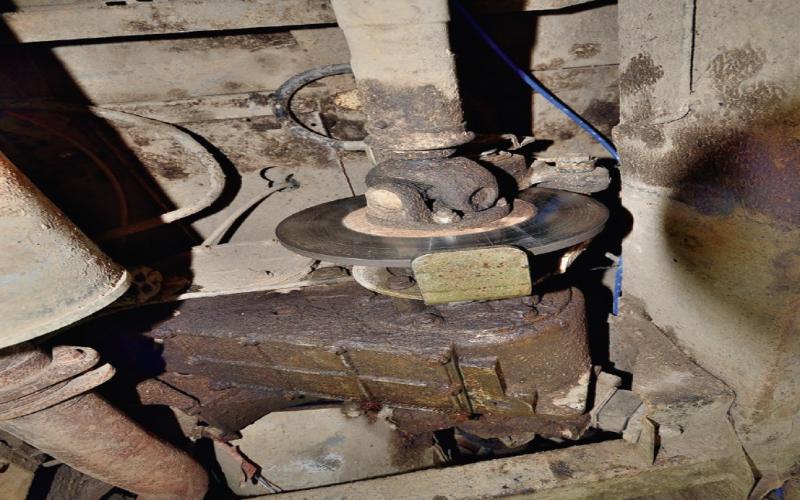 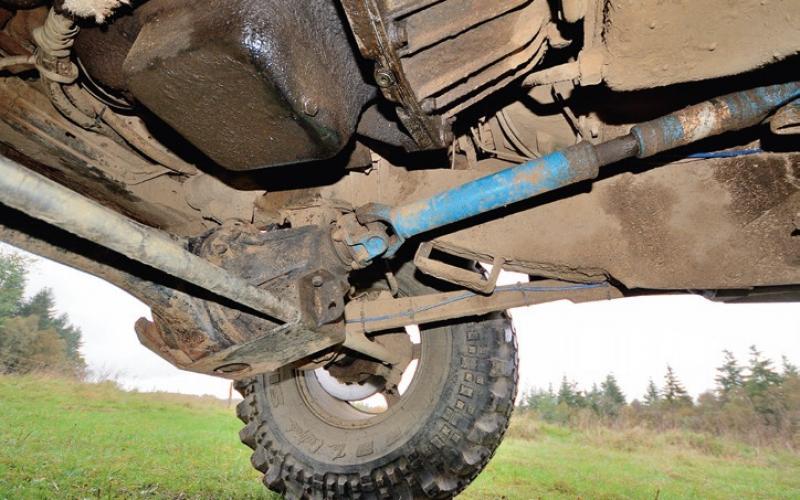 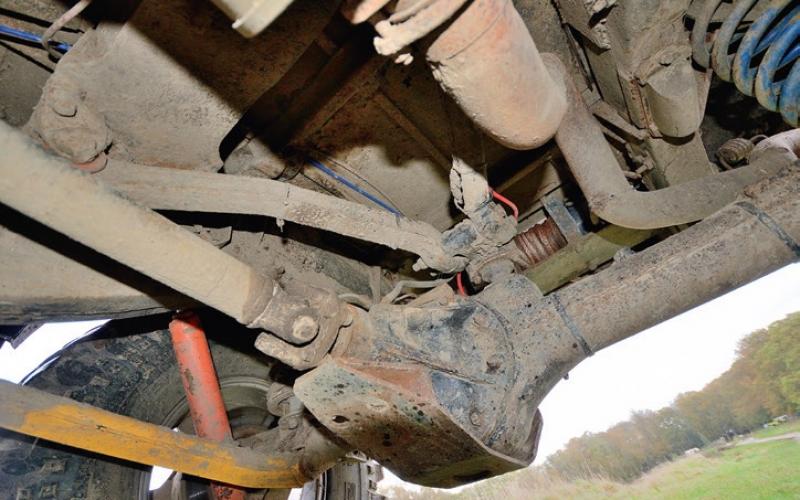 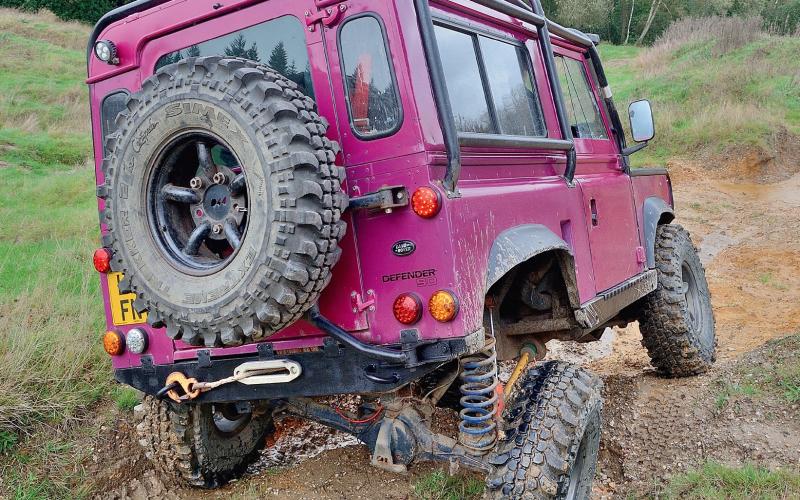 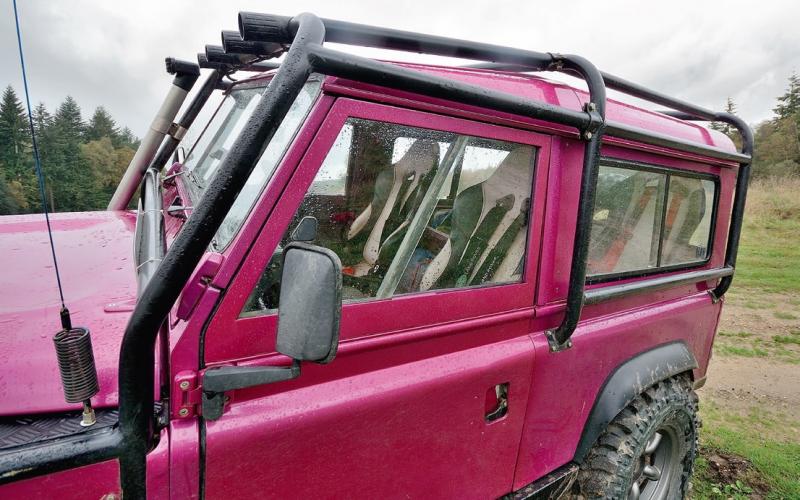 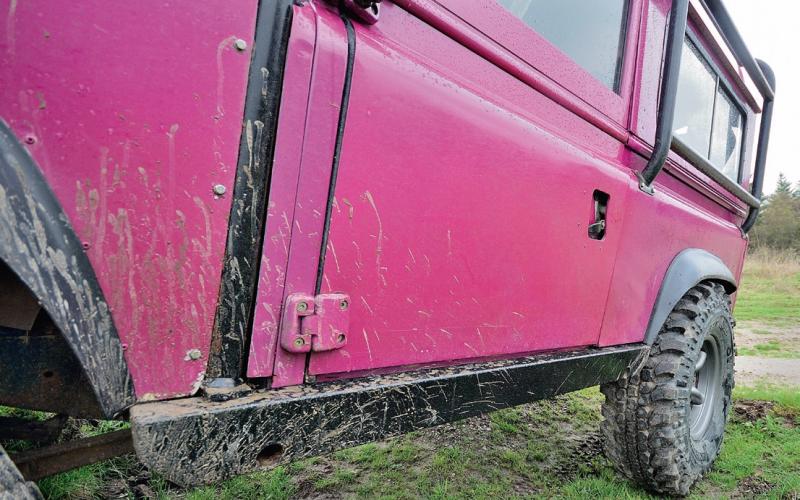 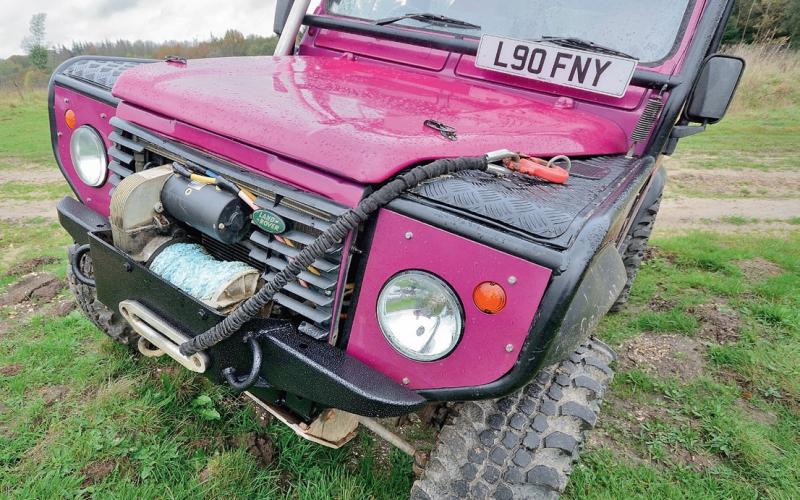 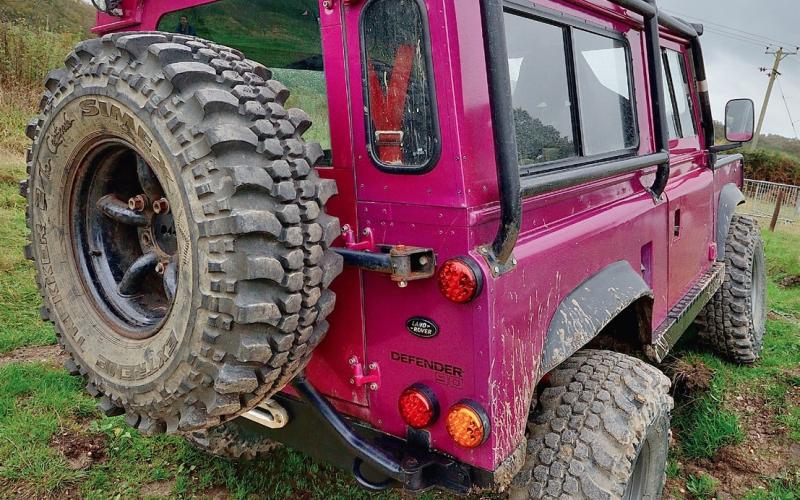 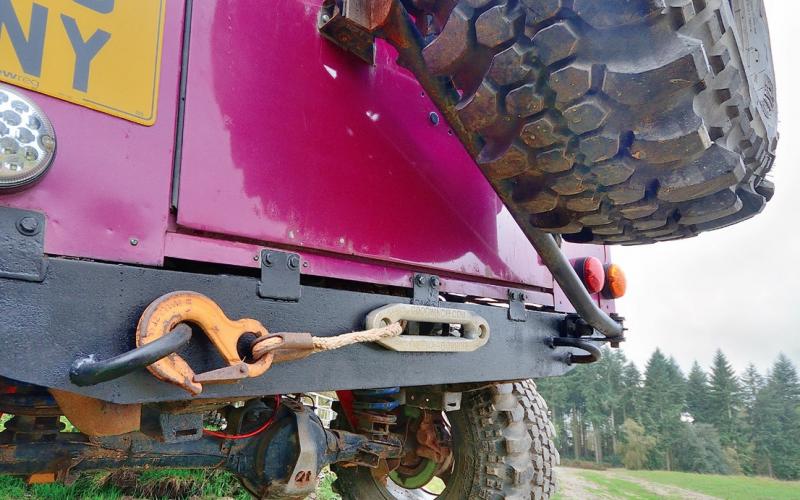 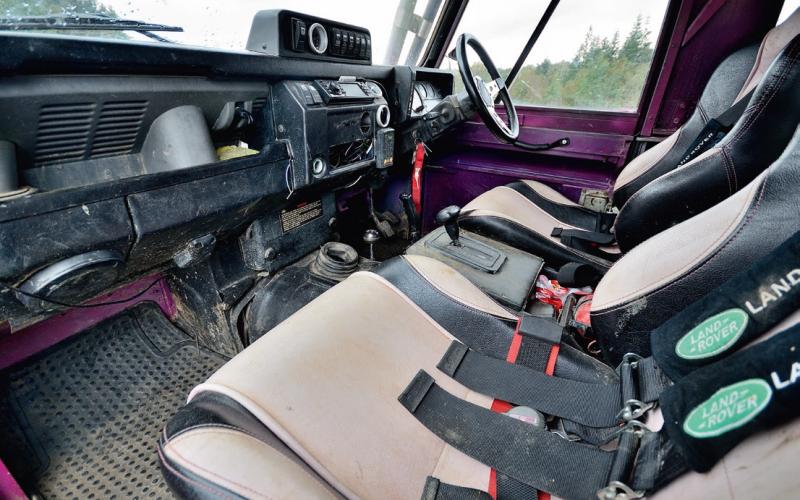 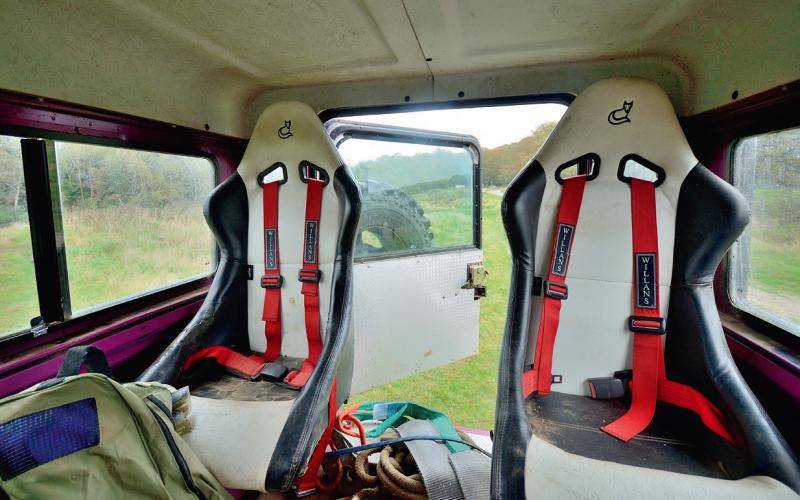 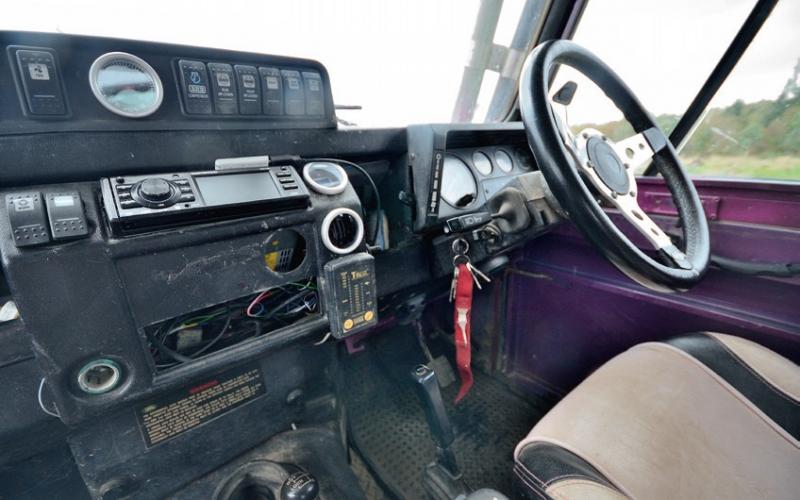 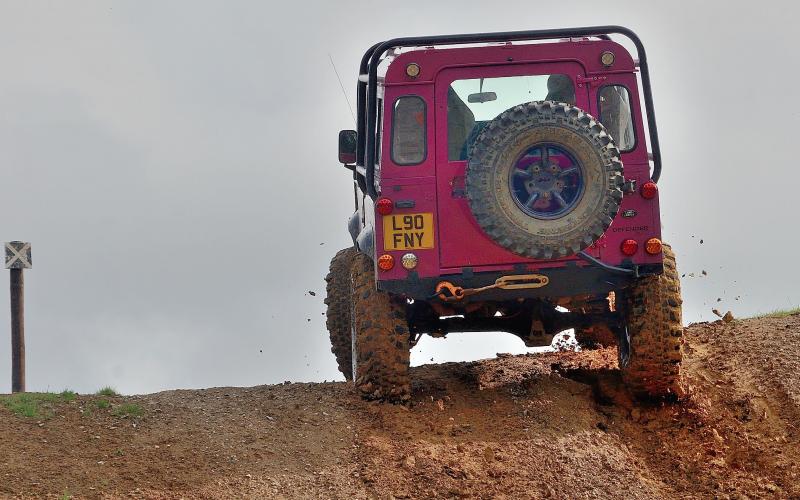 Theresa Arnold has always been into cars. You might assume that that makes her a bit of a tomboy, and with a lifted, lockered, caged and twin-winched Defender 90 as her plaything she’s de nitely more Lara Croft than Hello Kitty. But then she wanted to make her Landy stand out in a crowd, so she gave it a coat of metallic pink paint. And with that, Fanny was born…

Diamonds are a girl’s best friend’. It’s a phrase that’s been around for years, even before Marilyn Monroe made the song famous in 1953. And, of course, it’s wrong.

No, we’re not talking about dogs. They’re a man’s best friend, remember? And anyway, here’s Theresa Arnold. She’s living proof that in actual fact, Defenders are a girl’s best friend.

Well, we like to think of ourselves as being up with the times here at TOR. So we felt the phrase needed a bit of modernising. And anyway, who would want a diamond when they could have a diamond of a Land Rover?

We seem to be on a bit of a run of loudly coloured trucks, actually. In last month’s TOR, Paul Longden singed your eyeballs with his vibrantly orange Mitsubishi L200. And now this.

If there was ever a 4x4 to get more women into o -roading, this would surely be the one. It’s big, it’s pink and it does everything the boys can do. Talk about feminine empowerment…

But there’s more to life than pink paint, however good it is at appealing to teenage girls. And while yes, this 90 does resemble something Barbie would drive if she was off on safari somewhere, Barbie would never be able to tell you why a 300Tdi is a good idea or how a Gwyn Lewis wide-angle front propshaft will help get you across jagged environments without a fuss.

That’s more the sort of thing Lara Croft would know, but she’d never be seen in a pink car. Which we put down to lack of confidence.

‘My husband Mat got me into off-roading,’ Theresa tells us. ‘He already had a Disco and was into his off-roading when I met him. I’ve always been into my cars and Mat took me along to see what it was all about, and I gradually got into it from there.’

If ‘gradually’ getting into it is defined by a 90 on 36” Simex tyres, with winches front and back and enough suspension to almost never need them, what sort of vehicle would we have if we were ‘thrown in at the deep end?’ That isn’t the full tale of course, though, because this isn’t Theresa’s first Land Rover.

‘I got my own Discovery four years ago, which was done up with big tyres and the rest, but I wanted a replacement. The Defender was my husband’s truck before I got hold of it – he was going to get rid of it to start on another project, but I said “why not give it to me?” So now I have it!’

It won’t shock you to hear that the Defender wasn’t the colour of Turkish Delight when Mat had it. There is a simple reason for the pink paintwork, though, and it’s not simply because Theresa’s a girl.

‘When you look around,’ she says, ‘most Defenders tend to look very similar with the greys and blues. I hadn’t seen one in pink before and I wanted something that would stand out.’ She succeeded. Not only does the Defender stand out, it has a character (well, a name) which came to be defined by its very pinkness. Ladies and gentleman, I give you Fanny…

‘It started out as a friend taking the mick about me painting it pink,’ continues Theresa. ‘Now it’s turned into a long-running joke and  the name has just stuck! All our Land Rovers seem to have nicknames.’

The 90 has taken to its name so well, in fact, that it even has an ‘FNY’ registration number. ‘The private plate came up when I was looking for 90 ones,’ explains Therese. ‘And it just fitted!’

Number plates aren’t the only thing to have been changed, either. Theresa and Mat rebuilt the entire vehicle from the chassis up in 2013.

‘We do all of the work ourselves,’ she says. ‘I’ve learnt a lot from helping Mat with the build. Fanny was stripped and rebuilt within six weeks.’

Whether it’s Theresa or Mat, they both appreciate the Land Rover marque having both now owned a Defender and had spells with Discoverys. They’re also working on a 2dr Range Rover Classic at the moment, returning that to its former glory.

But back to Fanny again. She wasn’t just rebuilt, she was modified too. And, while creeping over the Hampshire landscape, dipping and bobbing her wheels over the uneven ground like a big cat in full stalking mode, she paid homage to her owners’ clearly plentiful workshop skills. With so much articulation on show, you’d be forgiven for thinking you’d seen a flamingo kipping away on one leg.

It may be worth noting, too, just for the avoidance of any confusion, that Theresa isn’t the one driving in these pictures. When we met up with the two of them, Theresa’s back was playing up – and being jolted over extreme off-road surfaces in those bucket seats may not have been the best idea. So with Mat deputising, we still saw the princess of Defenders showing her authority over the land with its Ashcroft diff lockers and Cellular Dynamic shocks playing their part.

Speaking of playing your part, when Theresa isn’t getting in there on Muddy Bottom playdays she’s… marshalling at Muddy Bottom playdays. There’s a type of Land Rover fan who refuses to be rescued by anything Japanese, and no doubt there’s a type of off-roader who refuses to be rescued by anything driven by a woman. We’d invite them to consider the irony in her Land Rover’s nickname…

Theresa’s not bothered by any of that stuff, though, anyway. ‘I enjoy it,’ she says simply of the marshalling business. ‘You get to meet lots of people and give them a hand if they need it.’

It’s as if she’s an ambassador for pink Land Rovers. If not entirely a spin doctor. ‘It could have done with a pokier engine,’ she admits. ‘But you can’t beat the reliability of a Tdi – it’s guaranteed to start each time. We’ve been thinking about a Td5, but then the wiring would come into play. We’re keeping the options open.’

It’s strange, isn’t it, how men are automatically attracted to cars and mechanical hobbies while few women see the point? Safe to say that Theresa has always seen the point, though. With this Defender, in fact, she makes the point. It’s pink, it’s girly, it’s called Fanny – and it’s every inch an off-road hero.

We photographed Theresa’s Defender at Muddy Bottom, where she’s a regular customer and marshal. This hugely popular New Forest site hosts punch hunts as well as its regular programme of playdays – they’re at www.muddybottom4x4.com