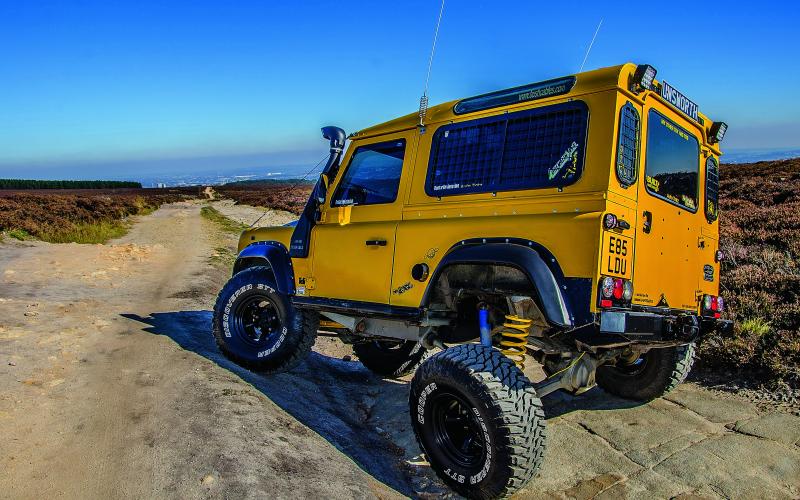 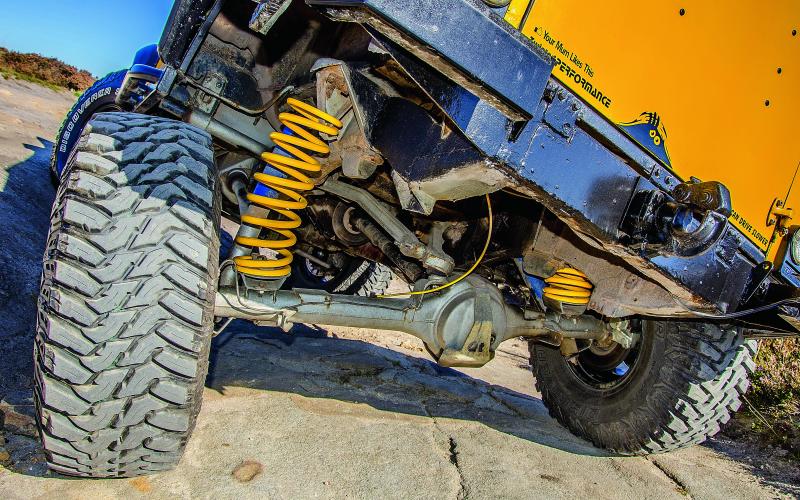 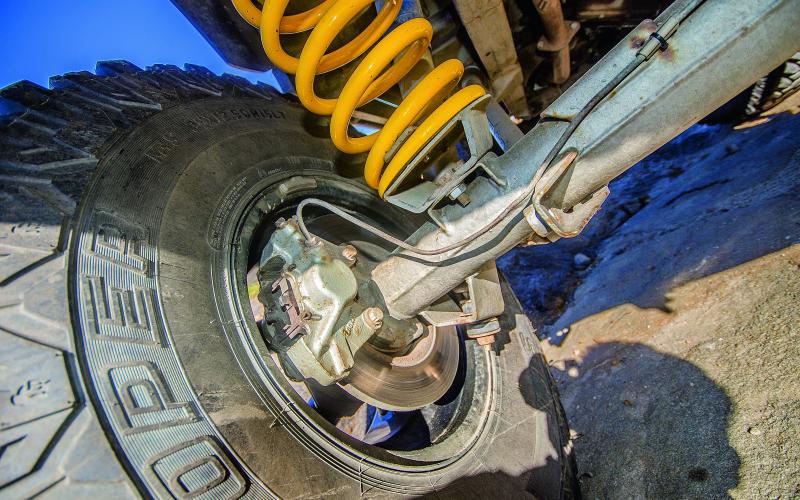 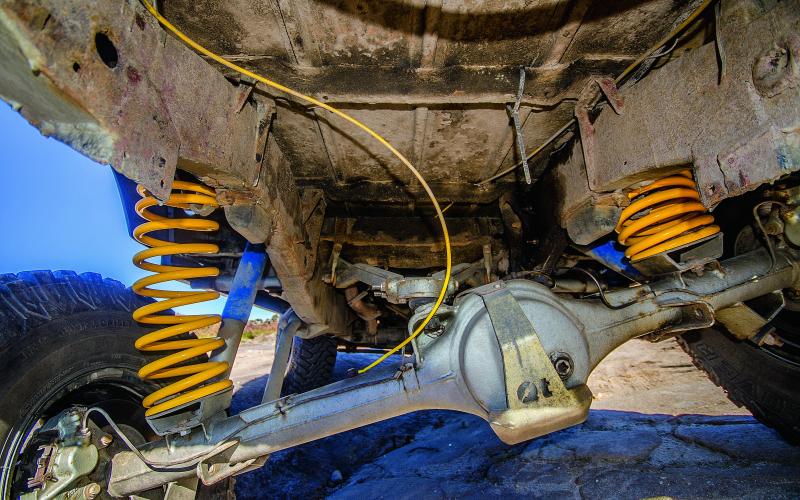 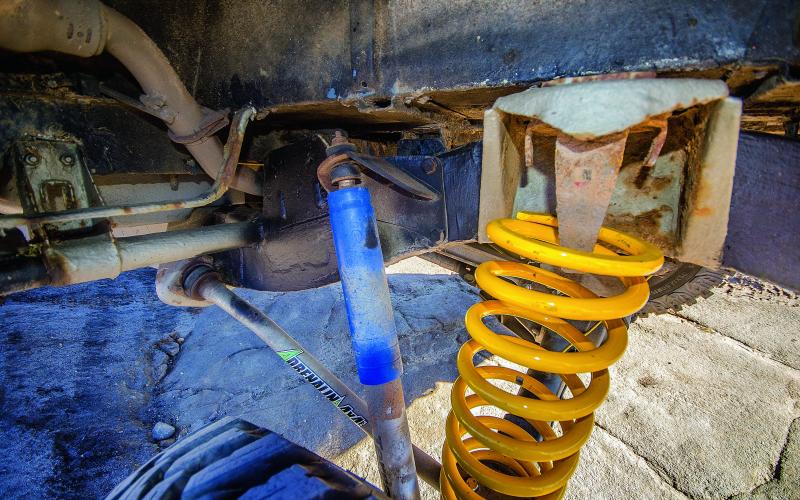 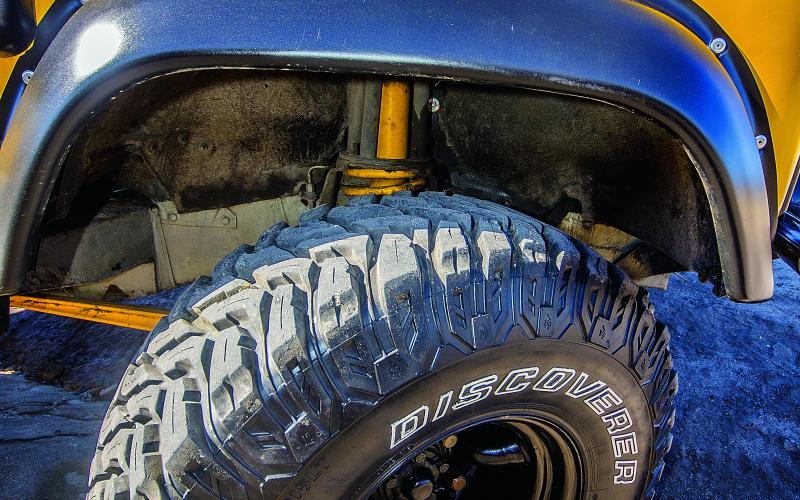 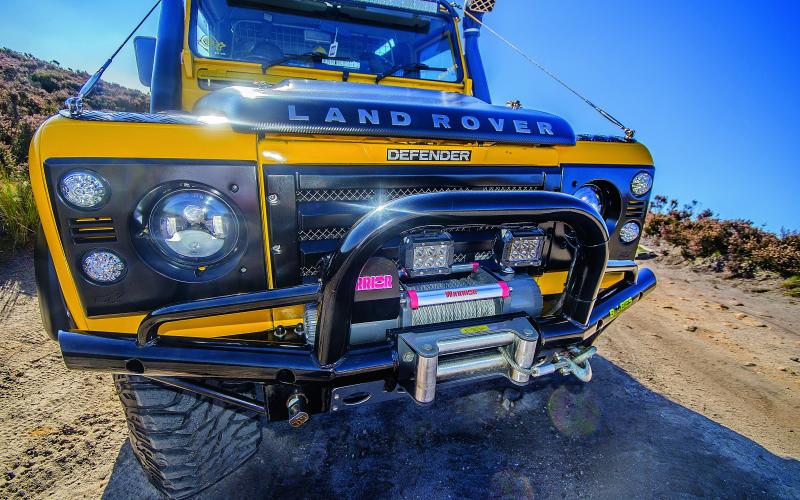 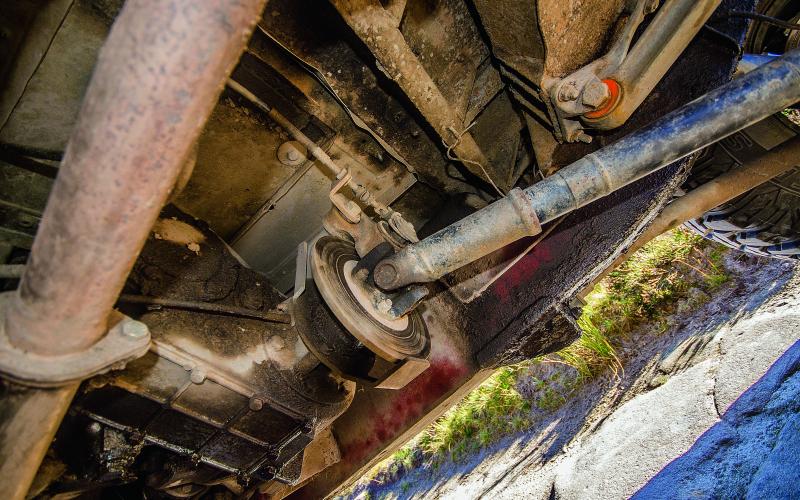 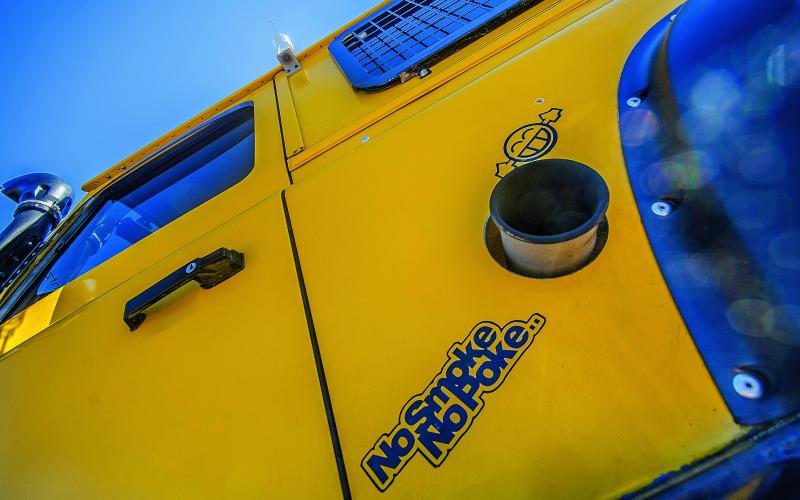 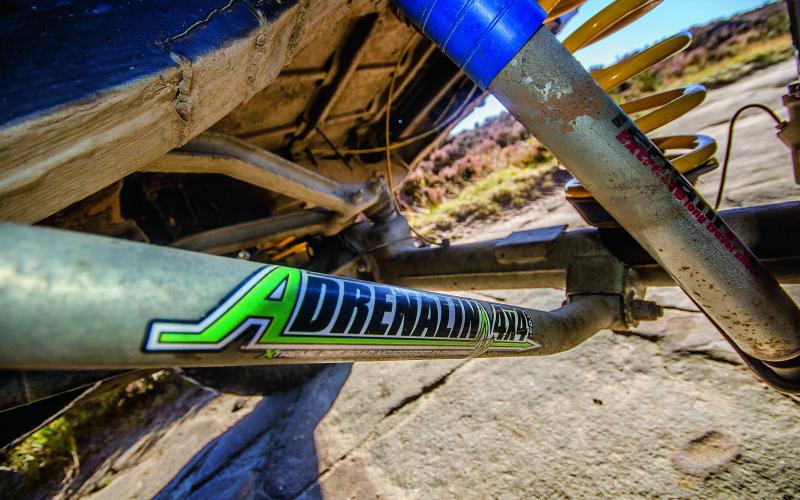 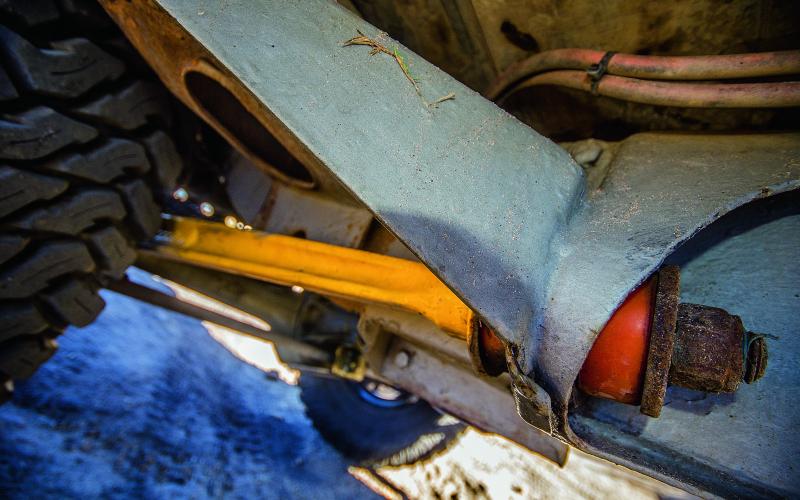 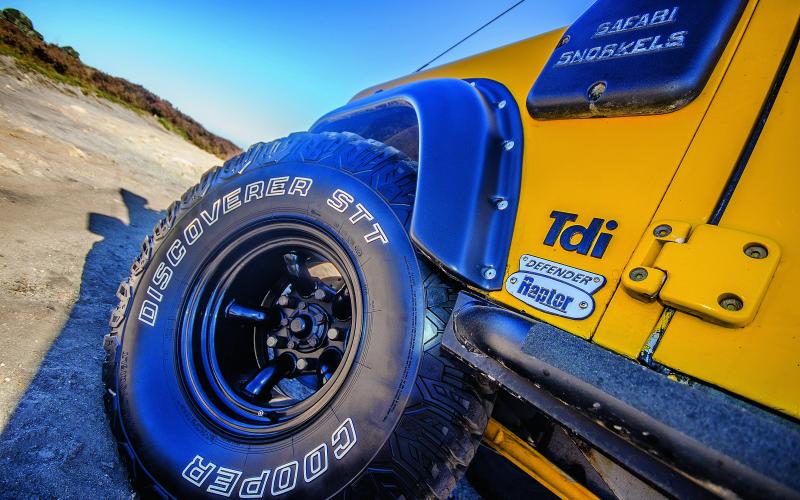 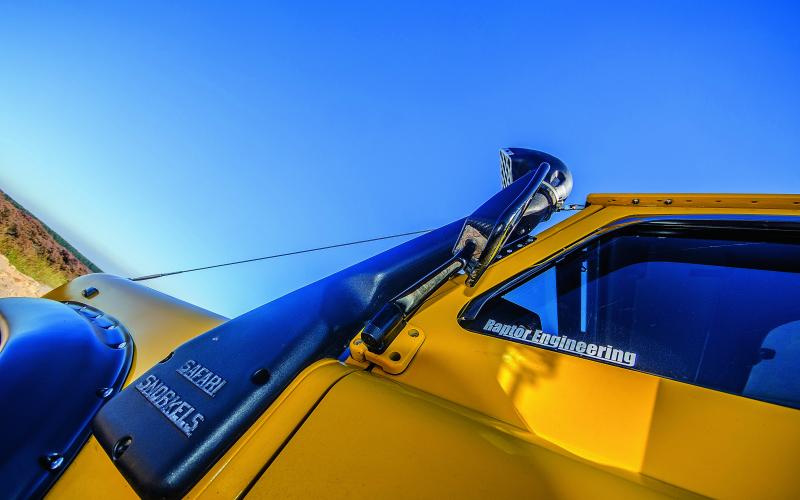 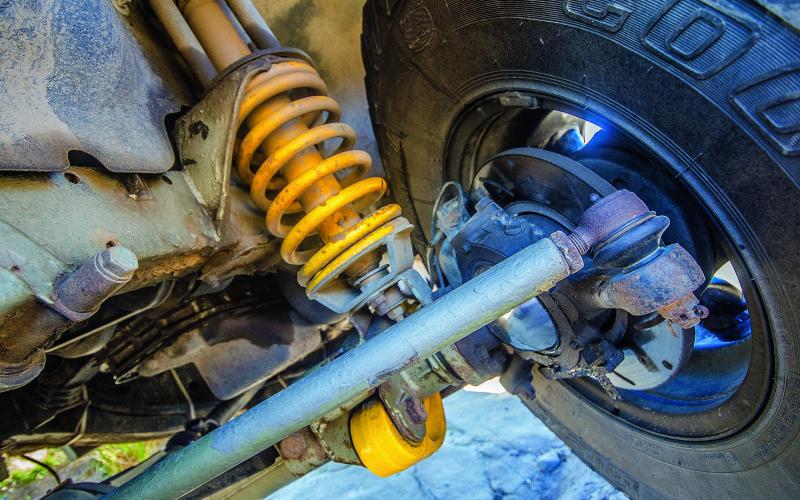 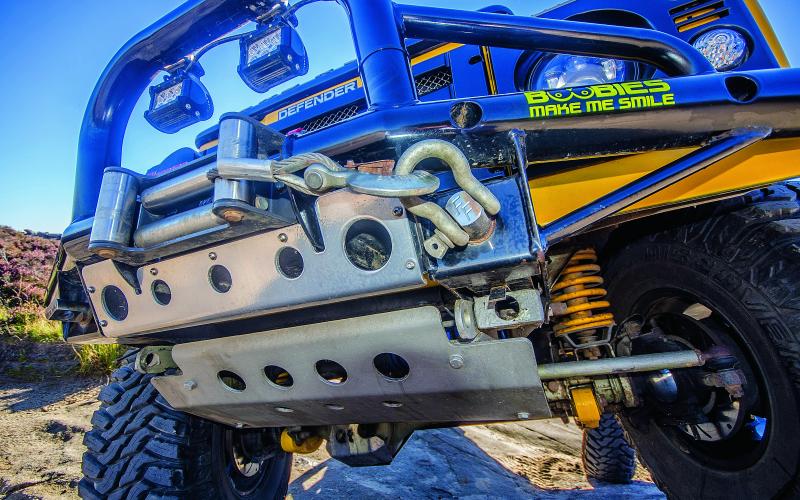 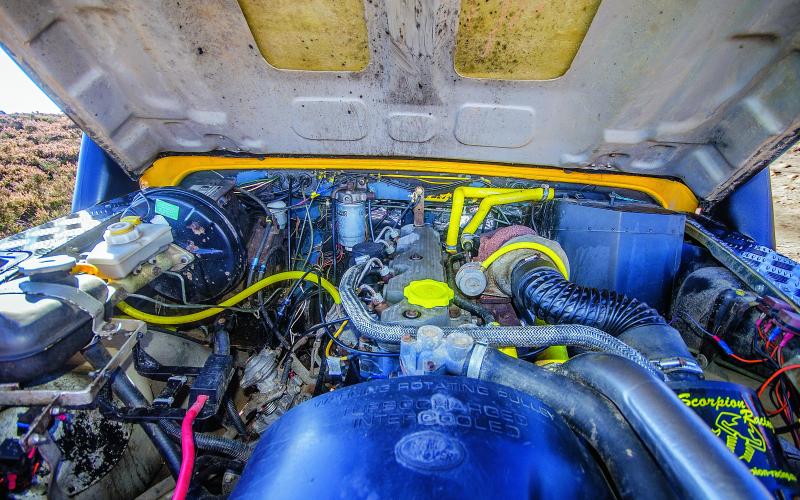 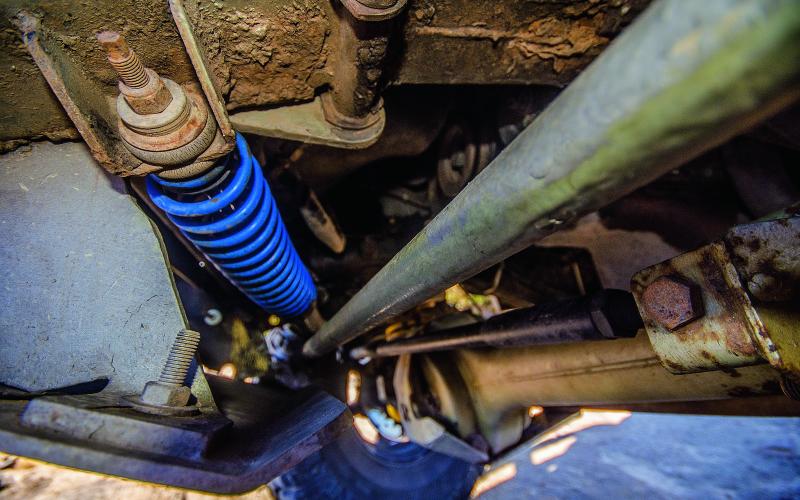 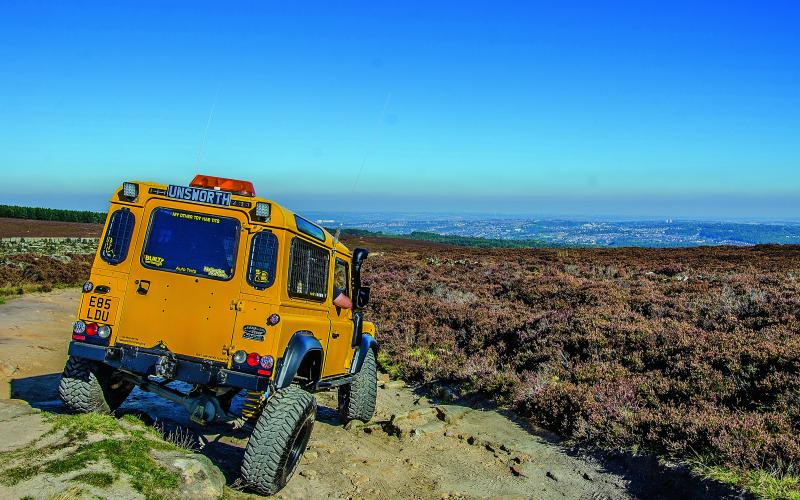 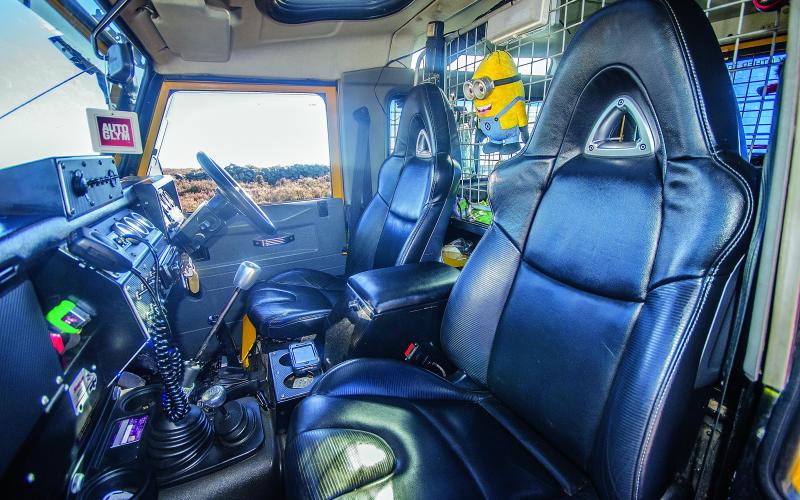 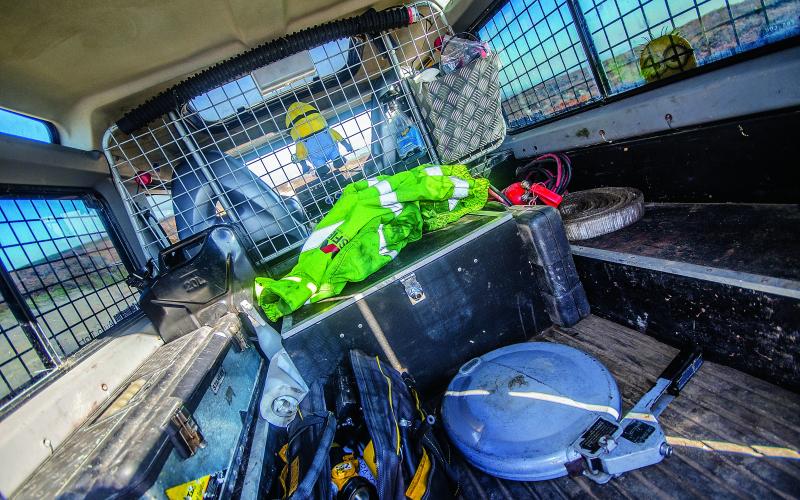 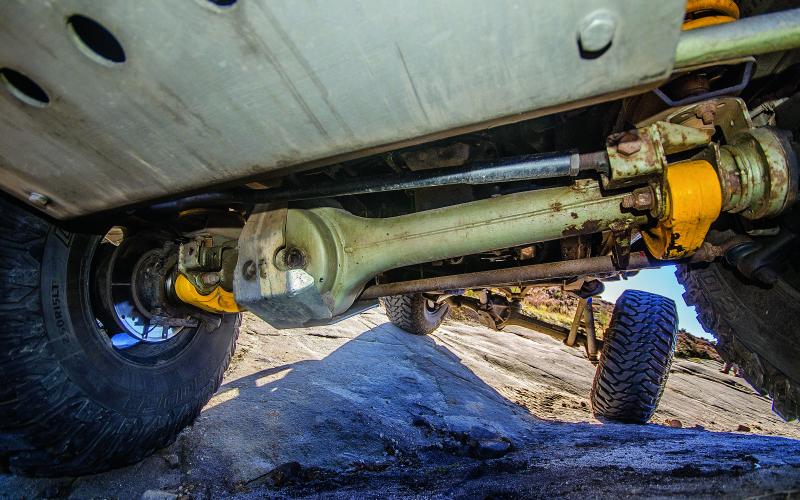 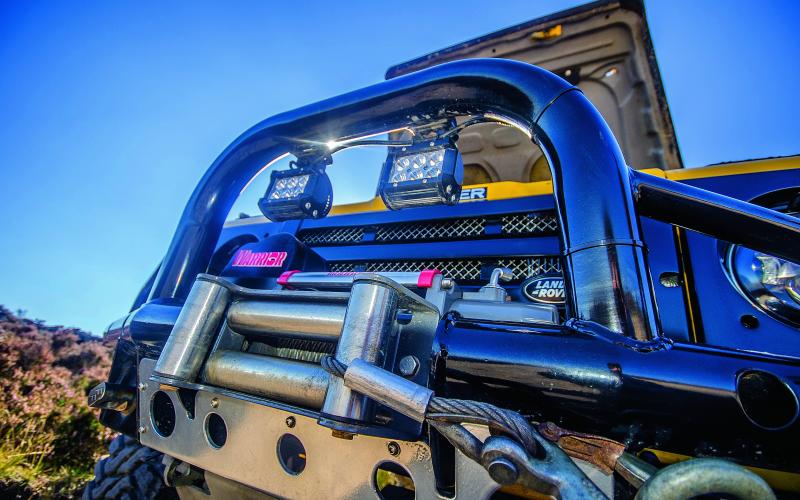 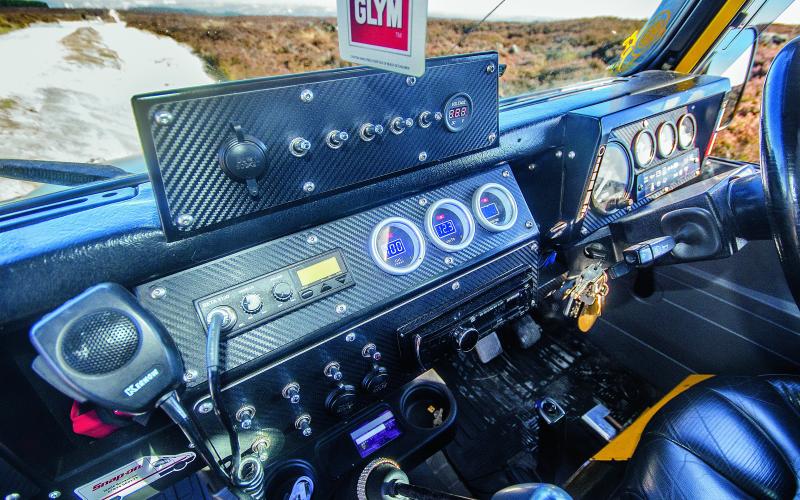 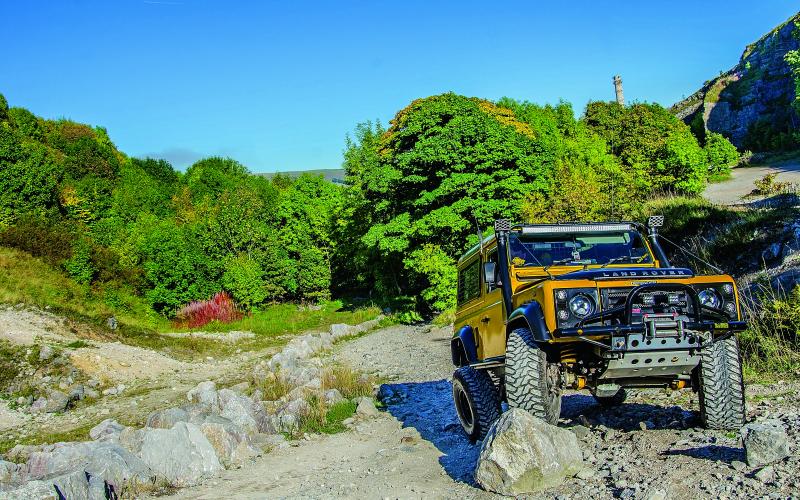 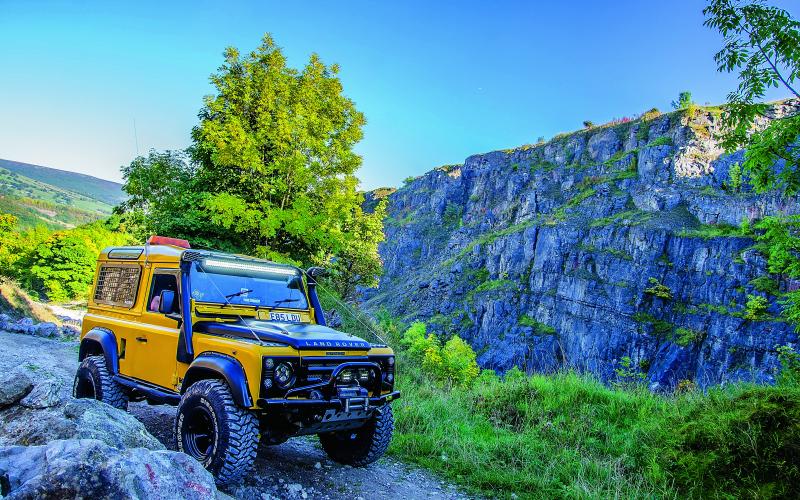 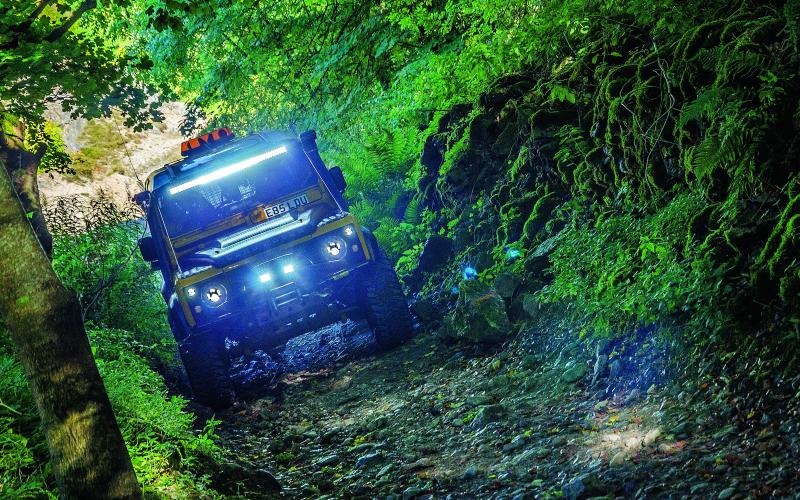 When Matt Unsworth was a little boy, someone gave him a bright yellow toy Land Rover. From that moment on, he was determined that when he grew up, he’s have a real one just like it

We all have memories from our childhood. Some are fond while others may not be, but I’m willing to bet that you, like me, will vividly remember some of the gifts and toys that you were presented with in your younger years.

For me, it was my wooden train set, the miniature multi-storey car park I had, my Scalextric and a chest full of small model cars, vans, trucks and anything remotely automotive that built up into a formidable collection. If only they were real.

I can imagine Matt Unsworth may share similar memories. Especially as one of his stand-out moments was when, at the age of just six, he was given a bright yellow model of a Land Rover Defender.

The vibrant shell sitting upon those mini four wheels would have been quite a sight to young Matthew and I dare say he spent many an hour running those same wheels into the living room carpet, much to the annoyance of his parents. Those were hours you never wanted to end.

‘It’s always been Land Rovers with me,’ says Matt (now aged 6+) with an especially wide smile. ‘Ever since I was given that toy, I’d always wanted a yellow Defender. For most lads it was Lambos or something like that – but with me it’s always been the Defender.’

Scroll forward a decade, but not much more. When Matt finally got his hands on the Defender he so craved, he was still only 17. But it wasn’t the finished (and yellow) Defender he had dreamed of for the latter part of his childhood. No, to get to the way it looks like today, Matt has had to minimise playtime and maximise hours in the garage.

When I first met Matt, we conversed at the side of his 90 and discussed his recently deceased engine. The engine bay, which has seen various units come and go under that black Puma hood, is just one of the examples of how much has changed since the then 17-year-old got his hands on this 90.

‘It’s now got a genuine Defender 200Tdi unit installed, but started off as the 19J 2.5 TD,’ explains Matt. ‘Then the Discovery 200Tdi engine followed (the one that blew up) and now it’s on to a proper Defender 200.

‘The fuelling and turbo have been tweaked; just with the boost turned up. I fancy a Td5 in the future, though, and maybe a larger turbo and intercooler.’

That’s one of things you’ll notice about Matt – the fact he gets things to be how he wants them to be, even if it takes several years! However, this particular Land Rover is close to Matt’s heart and consequently he’s not planning on letting it go.

‘I just need to future-proof it now,’ he says. ‘The plan is that everything on the Defender that’s steel will be galvanised. I’m never selling it – I’ve had it so long now that I’m too attached!’

You would imagine that taking away Matt’s yellow 90 would reduce him to tears similar to that of a six-year-old when playtime is called to a halt. That said, it’s not like he’s just ‘making do’ with one Landy.

‘I got a Series III for Christmas when I was 15, then this 90 at 17, the same month as my 1969 Series IIA,’ Matt recalls. ‘My first one was broken up into spares while the IIA was something I worked on before I was 17. I’ve had a couple more Series Landies as breakers, but at the moment I have six Land Rovers to my name… and seven in the household.’

Until recently, it’s always been Series and Defender vehicles. But Matt has recently been the brains behind converting a Discovery 1 into something that resembles The General Lee from the Dukes of Hazzard. Coming to a playday site near you soon…

Matt says he doesn’t compete because he prefers the freedom. Pay and plays and green laning are the pastimes of this cherished 90, although Matt will concede that his Landy is more of a workhorse than an off-road toy.

‘It was my daily driver up until June last year,’ he says. ‘But a lot of the time I use it for helping out my girlfriend down the yard – towing horses, dropping bales of hay and so on. I have a few Sankey trailers as well. It’s become more of a show-off vehicle to be honest.’

Maybe it has become more of a statement, but then what a statement to make! This is Matt’s very own greatest hits album of all the changes he’s put together on the 90 over the last eight years of ownership.

We may have talked about the memories you retain from your childhood, but this Land Rover has given Matt more memories than he could have hoped for. It was his college hack, in which he would rock up and instantly ‘out-cool’ everyone in sight. He even met his partner Vikki because of this very truck. ‘I owe it a lot,’ concedes Matt.

One such memory involves the two of them out and about in the 90 for Matt’s 21st. Being the visionary that he is, Matt decided to grab a photo of the lanes they were taking in. He left it with the handbrake on, and you already know what’s coming. Vikki found herself having to lean over to slow down an out-of-control 90 with her hands on the brake pedal. Good times.

As a professional mechanic, specialising in roadside assistance, Matt is well versed in the needs of his 90. His dad may be roped in to help with some of the heavier stuff at times, but otherwise this has been a work of Matt.

‘I bought it from a friend of a friend and it has been a bit of a rolling restoration ever since. I would have preferred a Td5,’ he says in truth. ‘But there is still time! I’d rather add to the fleet than replace anyway.’

Besides likening his 90 to a pet in the way in which he needs to look after this special vehicle, naturally Matt has fallen for the versatility of the truck and the fact that he can express his own taste in the way he’s finished it off. ‘Nothing looks out of place on a Defender,’ he smiles.

The exception to that rule being when he converted it to a pick-up, didn’t like it, and promptly switched it back. We all live and learn, though. Well, some of us learn.

This grown-up Defender has been transformed from something ordinary into something young boys would want on their bedroom walls. ‘It’s got the style and shape, the same barrelled sides – it’s just iconic,’ says Matt. Looking back now to those days when he played with his little yellow Defender, he can surely sleep soundly at night knowing that at least one of his dreams can be ticked off the list.