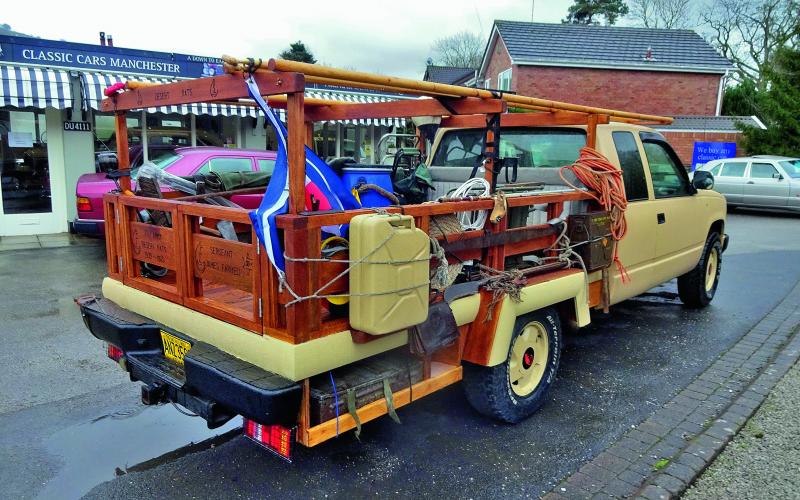 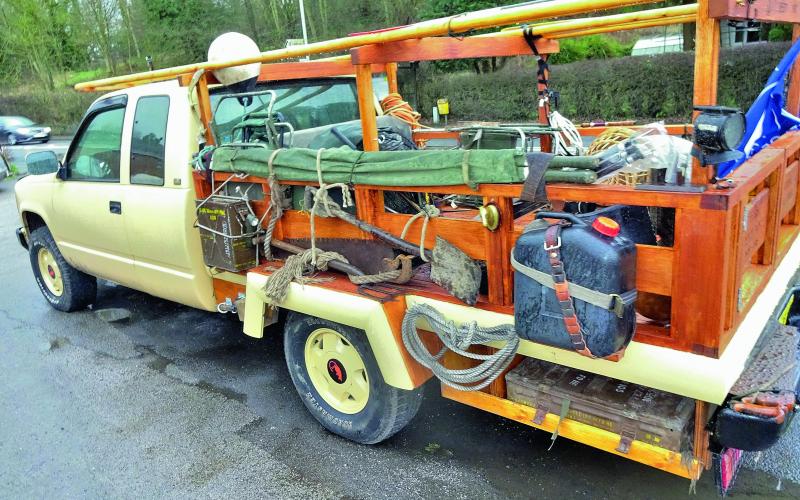 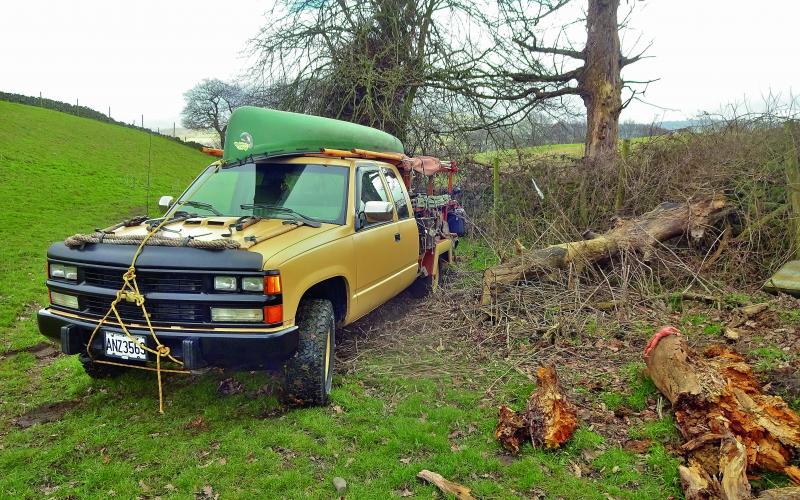 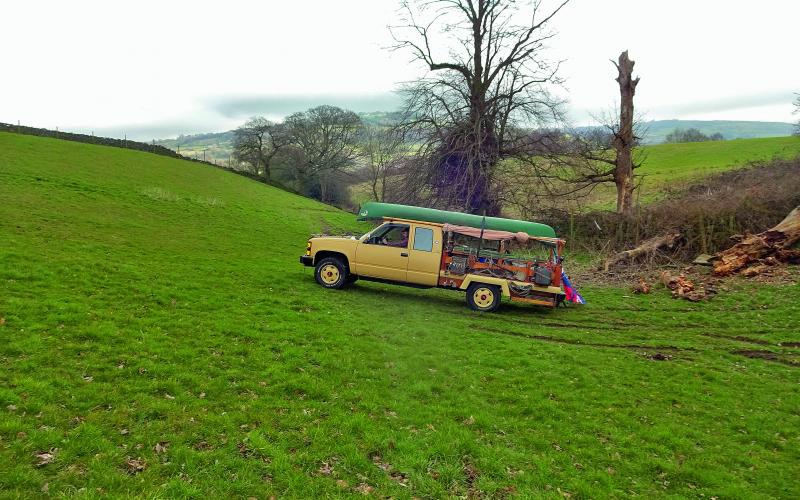 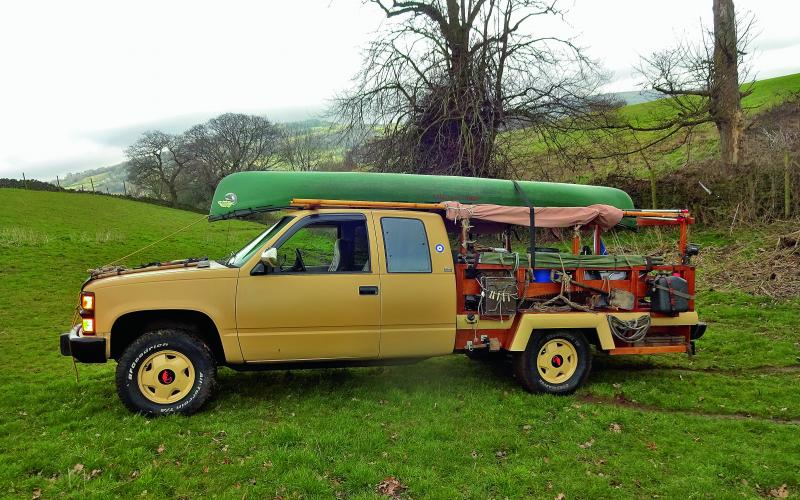 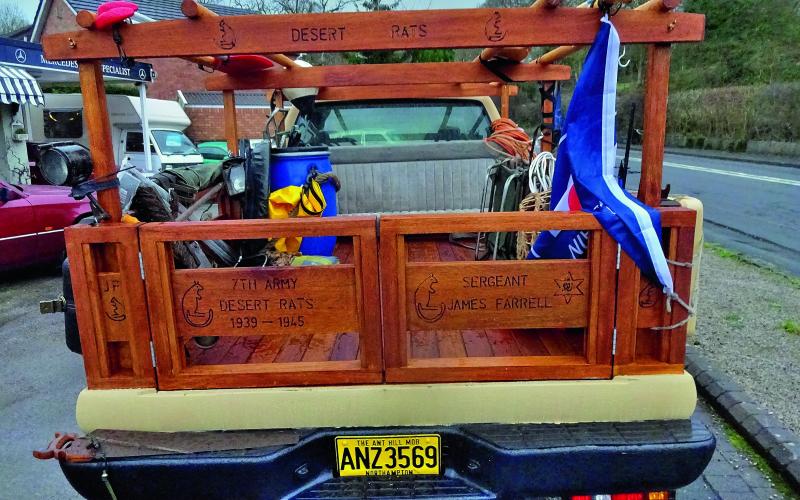 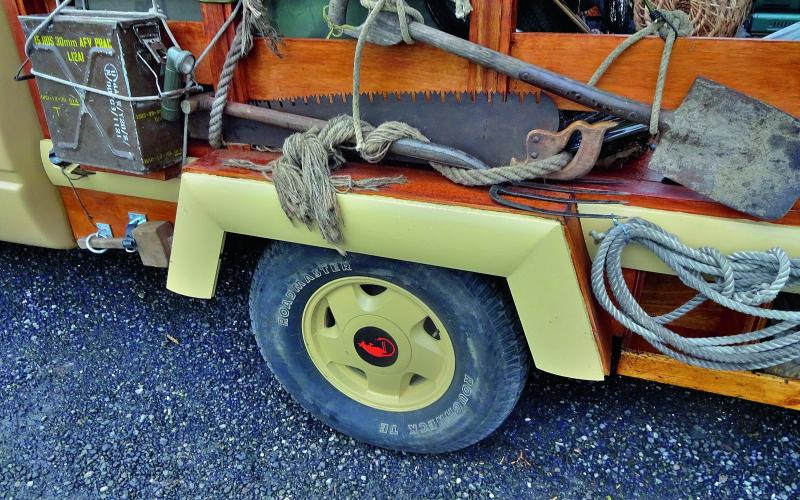 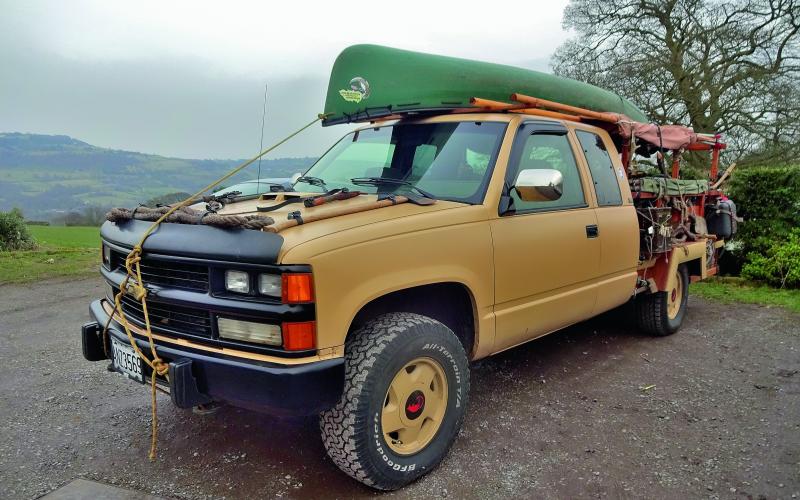 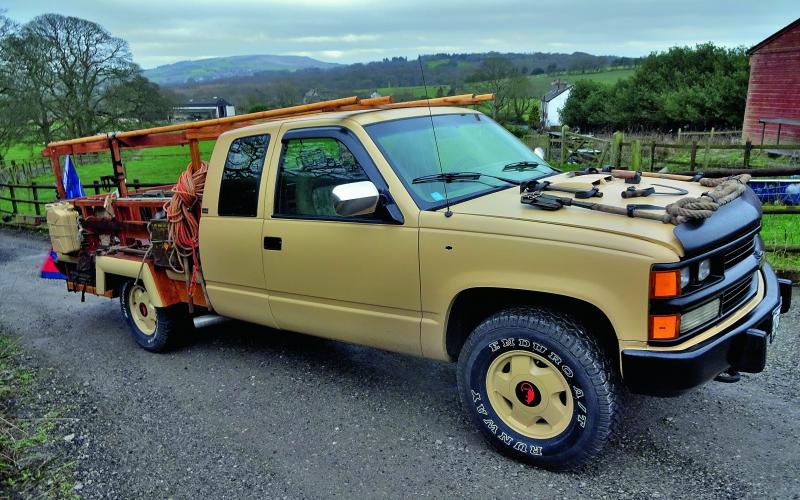 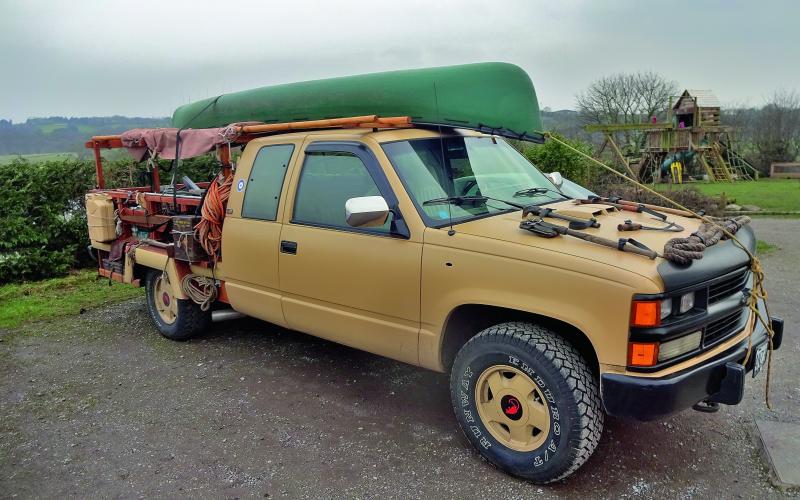 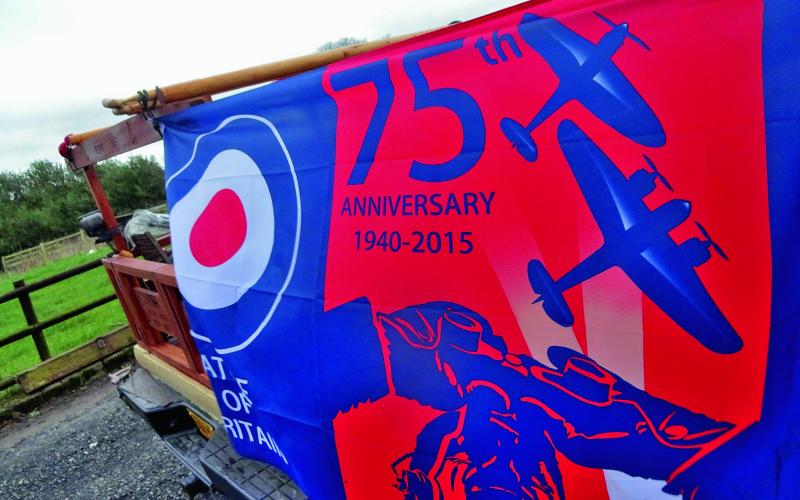 Back in our April 2015 issue, we ran a story about Lee Farrell and his remarkable collection of 4x4 art-trucks. Even then, he was already working on the next – which is now complete and on the road.

Lee’s a big fan of American vehicles, and his latest build is based on a Chevrolet Silverado. ‘I wanted to find the perfect everyday driver and best off-roader,’ he says. ‘At 24mpg, it was a 1994 Silverado 6.5 turbo-diesel pick-up, with auto and four-wheel drive.’

Lee paid £3000 for the Chevy, which was a genuine low-miler and, he says, ‘drove like new.’ On the minus side, it was in his words ‘a rust bucket.’

Nonetheless, he says, he bought it with open eyes. ‘I knew what I was doing. I started the project 18 months ago – and when I could, I would get on it.’

The first job, of course, was to sort out the bodywork. What a job it was, too – and with what results!

Lee takes up the story: ’I took it straight to my mate Andy at B&D Vehicle Solutions, who has a  garage I got for him in my home town, Hazel Grove. In the late 1800s, it used to be owned by the Dodge Brothers from Dodge City. He removed the rear six-foot bed (scrap) then welded new sills and new wings, wire brushed it underneath and painted it all.’

So far so good. But further is better. ‘Then it went to a bodyshop – my mate Chris from Hi Gloss in Stockport – where it was bare-metalled and painted to genuine World War II desert colour.’

And that’s what you see now? Not a bit of it. ‘Another friend, Rob, extended the chassis two feet and did all the steelwork to take it to an eight and a half foot bed. Then my mate Darrel, the best joiner on this planet, made me my personal purpose back – an eight-foot wooden bed. I said to him it had to be wood like the 1940s trucks, and the result he came up with is perfect.’

Quite a bit of work done already, there. But now came the fun bit. ‘After two years of car booting and collecting genuine World War II items and old tools, me and my loyal mate Ret started fitting them all on. He really put his heart and soul into it. We did the servicing on the truck, too, and renewed all the bitty bits.’

So, the big question: why? ‘Because art’ would be a perfectly good answer, but Lee conceived this project for a very special reason.

‘It started out in tribute to my Grandads,’ he explains. ‘They bought fought in World War II. James Farrell, on my Dad’s side, was a ‘Desert Rat,’ and Harold Brown on my Mum’s side was in the Royal Air Force.

‘My Grandad drove 4x4 trucks in the desert for seven years. No wife, no beer, just his brave mates fighting for our freedom, risking their lives or being killed.

‘I’ve had my Grandads’ names engraved in the wood at the rear and hand-painted on the side. I really hope their courage gets recognised.’

In a manner of speaking, that has already happened. Because a few weeks after getting his truck on the road, something remarkable happened.

‘I had had a really stressful day chasing one of my tenants for his rent,’ says Lee. ‘On the way home, I pulled up at a petrol station in Marple, my home town, to fill her up with diesel, when a smart old gent in a Rover starting beeped and gesturing at me to wind down my window.

‘I thought “what does this moaning sod want?” With my truck being 21 feet long, it was holding up a lot of the pumps, so I thought he was going to have a go at me.

‘But then I opened my window and he shouted “I’m a Desert Rat!” I could not believe what I was hearing – I jumped out of the truck and asked if he happened to know my Grandad. Unfortunately he didn’t, but he told me that he had served just after the War from 1956 to 1961.

‘We chatted a little longer then he gave me his address with an open invitation to visit him any time for a chat and a cup of tea. He loved my Desert Rat Truck – it took him back to fond memories he was keen to share. It really was a magical experience!’

The first of many, you’d expect. Lee has fitted the truck out with seating to carry his twin boys, who are currently aged 11, and space in the back for a pair of German shepherds. Above it all are bars to carry the kayak he uses for fishing.

‘Living the dream!’ is his verdict on all this. And, as he says, after many happy hours in the workshop it really is a dream come true. ‘I can’t wait to go off-roading and camping with her and start taking her to this year’s military shows,’ he concludes. A unique and very fitting tribute to a pair of heroes – and, it need hardly be said, a ride like no other.