News > Rover and Out 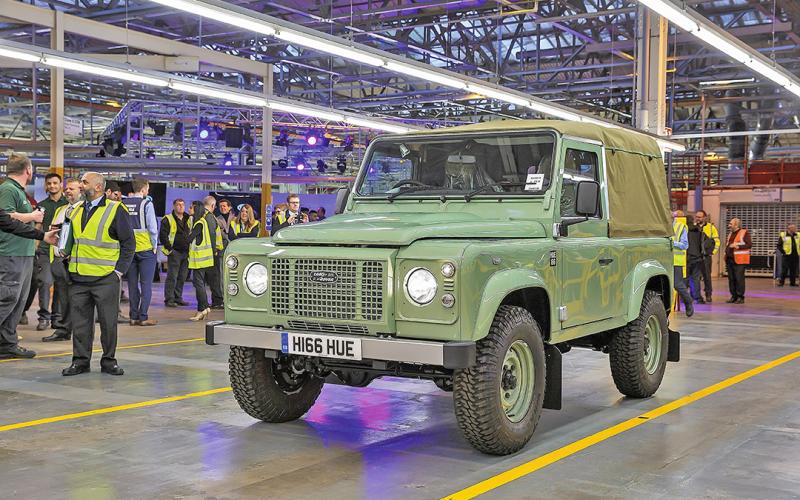 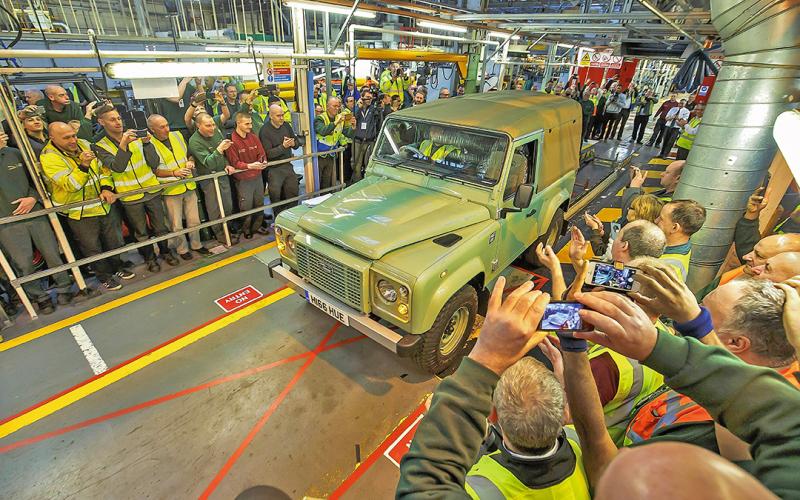 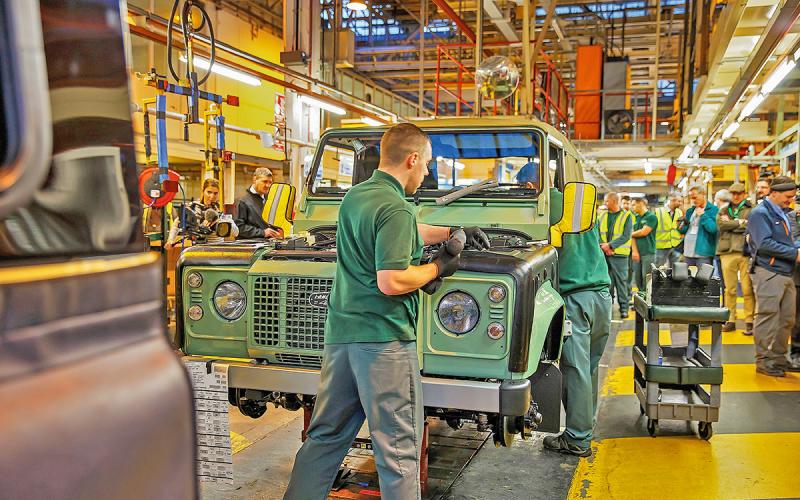 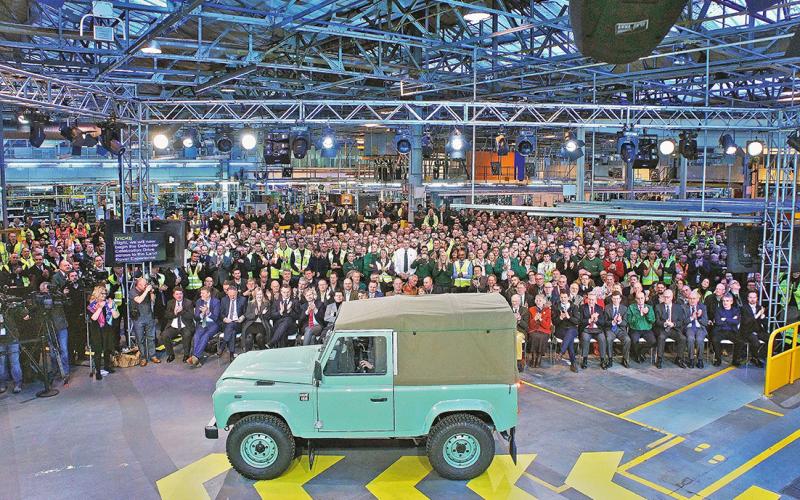 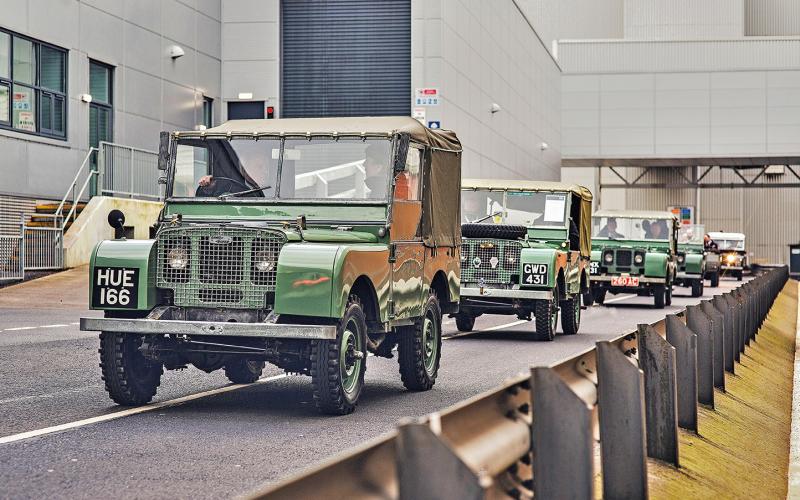 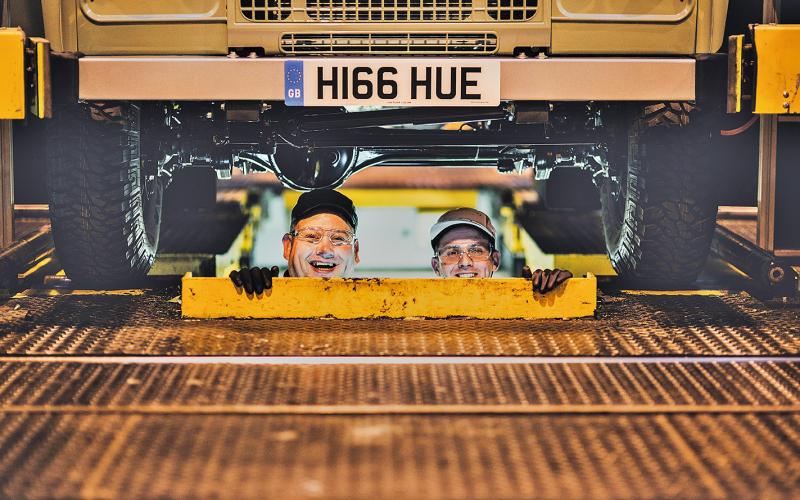 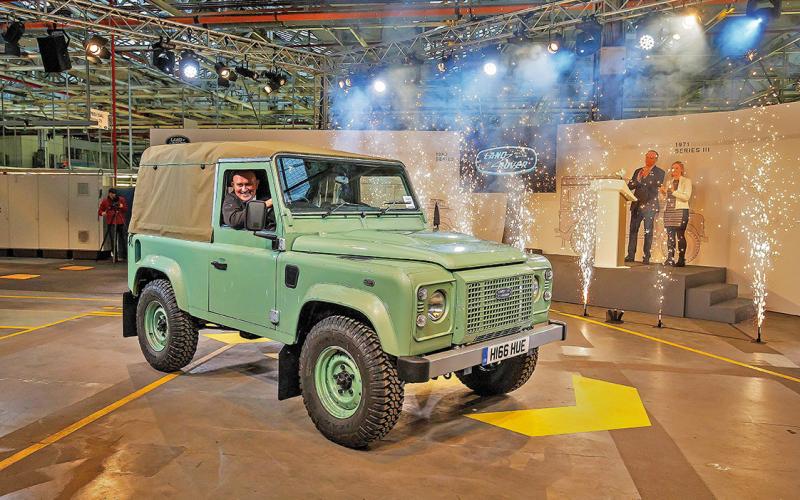 On 29 January, the final Land Rover Defender was driven off the production line at Solihull. After more than 67 years of continuous production spanning the Series I, II, IIA and III, the 90/110/127 and finally the Defender itself, Britain’s iconic off-road machine was no more.

Land Rover’s burgeoning range of luxury SUVs continues to thrive. But for now, at least, THE Land Rover is history. The final Defender, a 90 Heritage Soft-Top, came off the line to tumultuous applause from a gathered throng of more than 700 current and former Land Rover employees. Being a soft-top, the vehicle itself actually used a part

which has featured on every single ragtop Landy throughout the entirety of the model’s lifespan - in truth, the TDCi model of today is very different to the Series trucks of old, but the hood cleat on soft-top models dates from the very start of Series I production.

The crowds watched as their icon drove off the line for a tour of the Lode Lane site – where Land Rovers have been assembled from the word go. Having emerged from the production line, the last Defender was joined on its parade lap of the Solihull plant by various other special Landies - including ‘Huey’, the first pre-production Series I.

The journey has been long for the Defender, leaving a 67-year legacy that is unlikely ever to be repeated. But the story that began at the

1948 Amsterdam motor show, when Rover unveiled what was meant to be a short-term product aimed at bringing in export sales, has been full of twists - with each new version of the Land Rover retaining the charm of the last.

Despite this, what makes the Land Rover such a legend is that even as the world changed around it, this doughty old workhorse never did. The original Series trucks and Defenders alike could always be relied on to shoulder the burden, whatever that burden might be. They

could be exasperating at times, and decades before the end they were already almost comically ancient, but to their many devotees that just added yet more of the character that made them incomparable.

Speaking at the historic event in January, Land Rover boss Ralf Speth said: ‘Today we celebrate what generations of men and women have done since the outline for the Land Rover was originally drawn in the sand. The Series Land Rover, now Defender, is the origin of our legendary capability, a vehicle that makes the world a better place, often in some of the most extreme circumstances.

‘There will always be a special place in our hearts for Defender, among all our employees, but this is not the end. We have a glorious past to champion - and a wonderful future to look forward to.’

And yes, there will be another Defender. It will be completely new, and the smart money is on a global unveiling at the Detroit motor show in January 2018.  Will it have the capability of the old Defender? Yes, insists Land Rover, and more. Will it be better built and more reliable? Anything else would be unthinkable.  But can it possibly match its predecessor for charm? This is a vehicle that had become

the stuff of legends far before the modern era, after all. Can it be in any way possible for a more modern, more civilised Defender to be as downright lovable? That’s a question we daren’t try to answer.

As it is, the Defender we came to know was an icon because of how simple it was, how raw it felt in your hands. Driving any of them, from an 80” to a later Puma, all were engaging, fun and unrivalled in the simple, cheerful way they went about their job.

We were lucky to have such a national treasure go unchanged for so long. The Defender’s successor will not be of the same mechanical bloodline, nor will it seem like something from the same world. But the fact that the name will return IS at least something - and Land Rover does clearly understand that anything bearing that badge has to be able to meet certain standards.

Only time will tell what Land Rover will come up with. But at the very least, under Tata’s ownership it’s comforting to know the company has the resources to do it right. Like the Solihull plant on the evening of 29 January, however, it feels like something is missing. There is no noise of workers, no hammering of metal, no thrum of a diesel engine. Land Rover is in rude health - but the truck that built the legend is no more.

As the Defender dies, Heritage Restoration is born…

While all the attention fell on Solihull’s last Defender as production came to an end, Land Rover has also revealed the launch of its new Heritage Restoration programme.

This will be based on the site of the Defender’s now-dormant production line. But no, they’re not going to follow the independents by taking old 90s and 110s and restoring them to their former glories.

Instead, Heritage Restoration will see selected Series Land Rovers returned to as-new condition. With only a dozen employees on the programme, it won’t be any kind of production line to match the plant’s heyday. But it will at least mean that still some ‘real’ Land Rover presence is retained within the walls of the Lode Lane grounds.

The team of 12 specialists, including ten who will be drafted in from the Defender’s old production line, boast a total of 172 years’ experience between them. One of them, Tony Martin, has worked for Land Rover all his life - as did his father and grandfather before him.

Tim Hannig, Land Rover’s Heritage Director, said: ‘Land Rover Heritage will be offering cars, services, parts and experiences for all owners and fans around the world. Our new restoration service and the sale of expertly restored Series I vehicles is just the start of making sure that classic Land Rovers are not only part of our past but part of our future.’

The first of these specially restored Series Is will go on sale in July this year. As far as we’re aware, it won’t be the kind with a cut-down Range Rover chassis and a set of Firestone SATs…