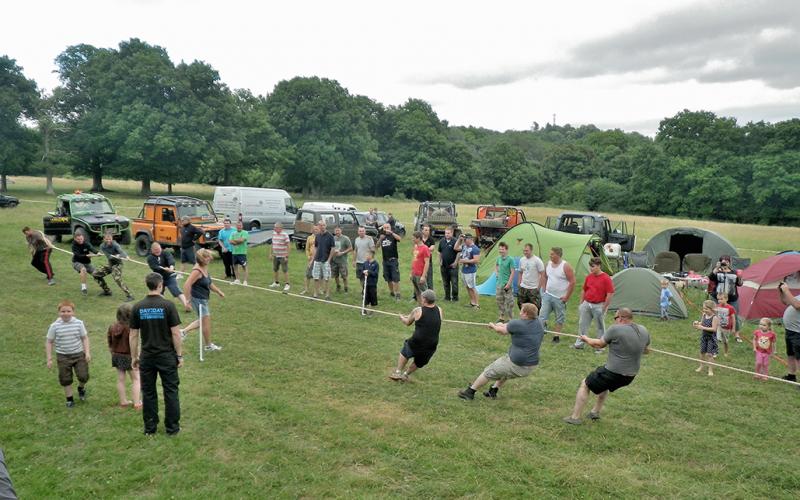 Back in July, while most people were attempting to relax in the garden, the Mud Monsters crew had other ideas. For them, July involves planning and getting ready for one of the biggest weekends of the year – in which the third Saturday and Sunday sees the Mud Monsters site open to non-club members.

It is the biggest event of the year for good reason. As well as a family punch hunt, it’s our annual charity auction and raffle. The club cannot say thank you enough to all the members and businesses that offer either a small prize for the raffle or something a bit bigger for the auction.

The weekend started, as usual, at 2pm on the Saturday with the Mud Monsters running their luck once more with sunshine worthy of the day, and friends old and new conversing deep into the night at the campsite. This also witnessed the spectacular tug of war competition, as well as a battle to see which team was fastest at pulling a car up a hill – luckily there was plenty of liquid refreshment to help!

The real fun starts at 10am on Sunday morning when the driving begins. Due to the popularity of this event the club organisers spend over two days setting up a variety of different routes, ranging from very easy white routes for those in a smart new Range Rover all the way up to taped-off punch routes for the fully-modified challenge-spec vehicle. In between is a punch hunt, with playday areas fully open too.

From 12-1 pm, all the driving stops for the main event: the charity auction and raffle. The range of prizes is huge, from T-shirts and hats in the raffle to a Land Rover mountain bike, tickets to the Goodwood Revival and a Red Winches Supercharger in the auction.

After the pocket-emptying lunch break, it was time to get back out there and try more stages and find those extra hidden punches. By the end of the day, the site was full of big smiles and lots of dirty trucks.

But the biggest thank you goes to Chestnut Tree House for helping so many children and giving us a great cause to raise money for – this year a new record was set, with just over £4000 being raised!