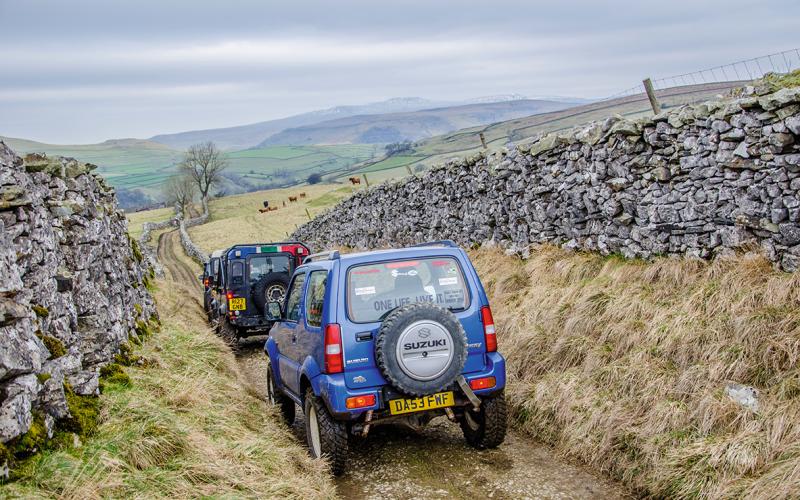 THE GOVERNMENT IS PROPOSING to set up a one-off forum to discuss the use of motor vehicles on public rights of way.

In a letter dated 11 February, Parliamentary Under Secretary of State for Environment and Rural Affairs Rory Stewart MP invited stakeholder organisations to participate in a round-table meeting with a view to sharing experiences and looking for ways of cooperating in the future.

He also suggested that if this works, it could encourage organisations to create a regular forum on rights of way.  It’s unclear which organisations have been invited to attend the forum, however the MP’s initial letter, which was followed up by an official invitation from a DEFRA official on 15 February, says the event should be for all (our emphasis) motor vehicle stakeholders. Total Off Road has expressed an interest in participating.

The underlying purpose of the initiative appears to be to address perceived issues in three areas: surface damage, illegal use and conflict between user groups.

The MP’s letter does appear to recognise the contribution made to local businesses by recreational green laning. However, it stops short of suggesting solutions - save to discuss more widespread use of lane closures. Troublingly, Mr Stewart says: ‘I have been impressed by the successful introduction of traffic regulation orders in both the Yorkshire Dales and the Peak District National Parks.’

The establishment of the forum is a response to promises made by the previous government during the passage of the Deregulation Bill through parliament. At the time, anti-4x4 campaigners tried to hijack the nascent legislation and turn it into a full ban on all motor vehicle use; this was quite rightly rebuffed, however the government committed at the time to establish a Motor Vehicle Working Group through the offices of DEFRA and Natural England.

DEFRA is anxious that green lanes should continue to be managed at a local level, however.  Invitees to the forum have been told that the ministry wishes to ‘build on existing best practice’ - a definition of what that is may be the key to deciding whether this is a step towards the abyss or a great leap forward on the road to peace.