Vehicles > Hybrid > In At The Deep End

In At The Deep End 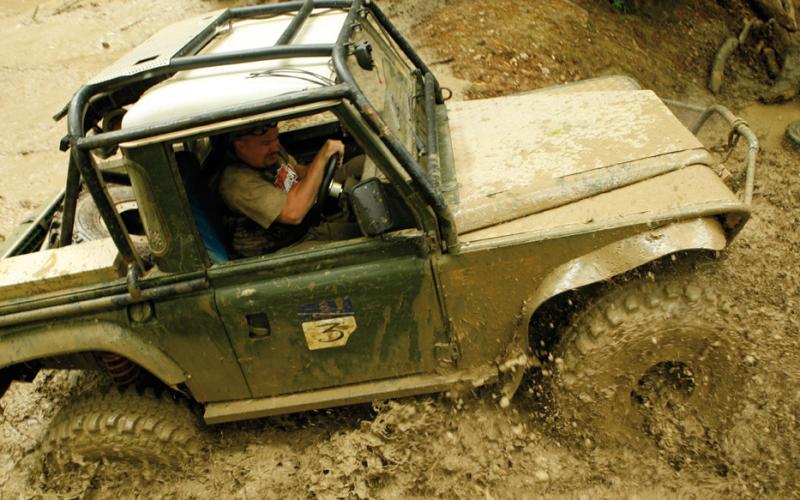 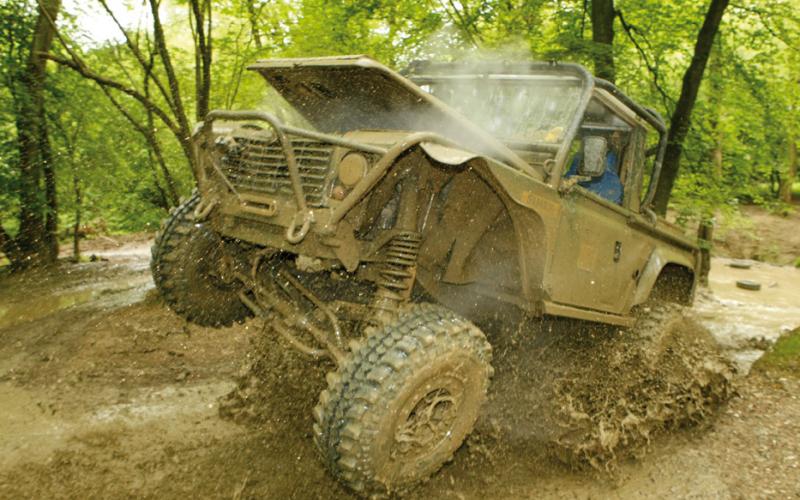 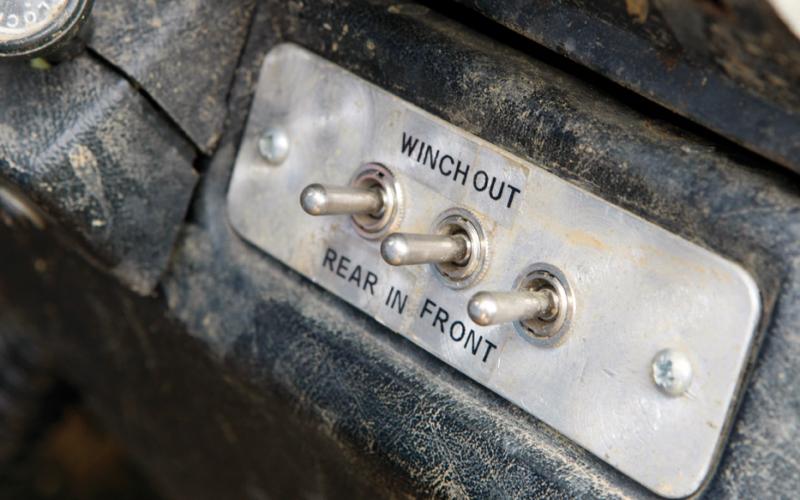 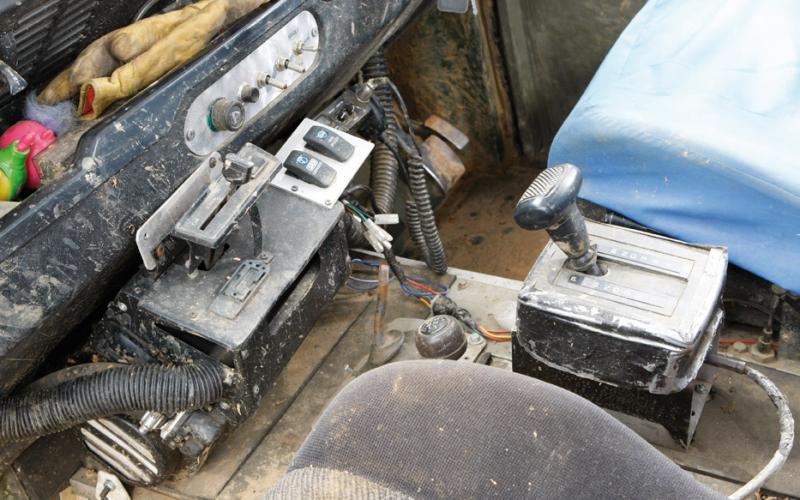 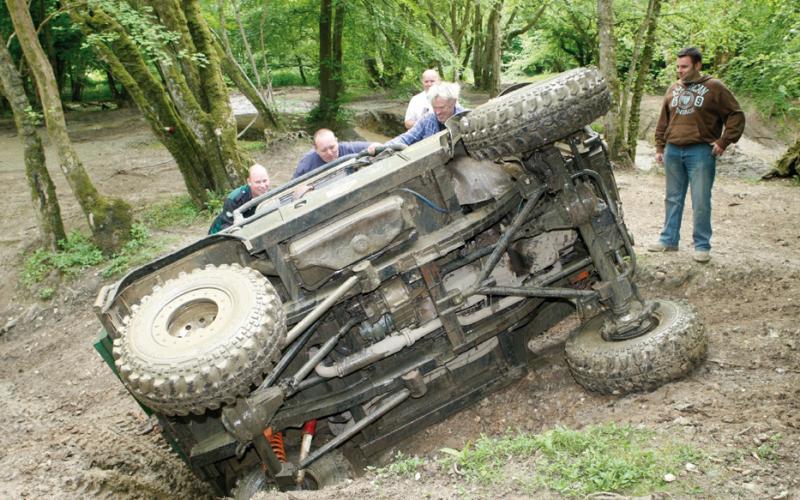 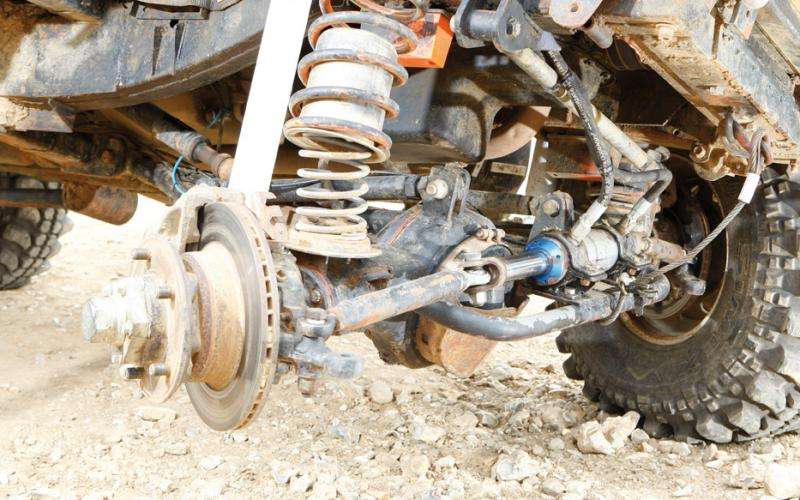 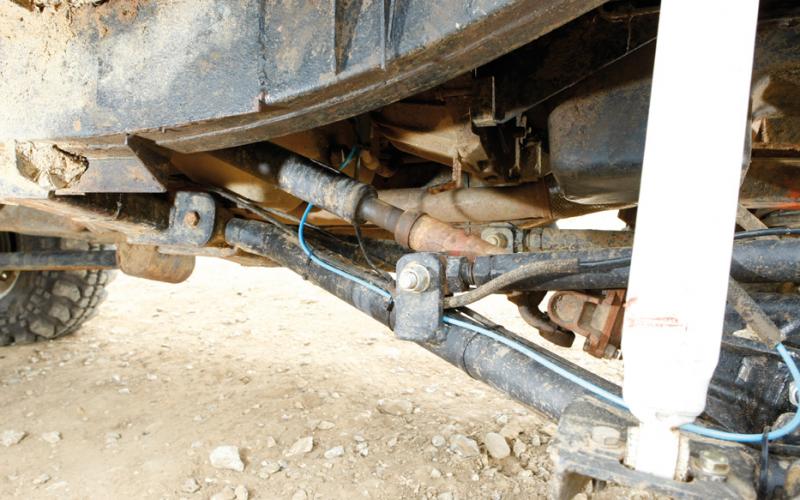 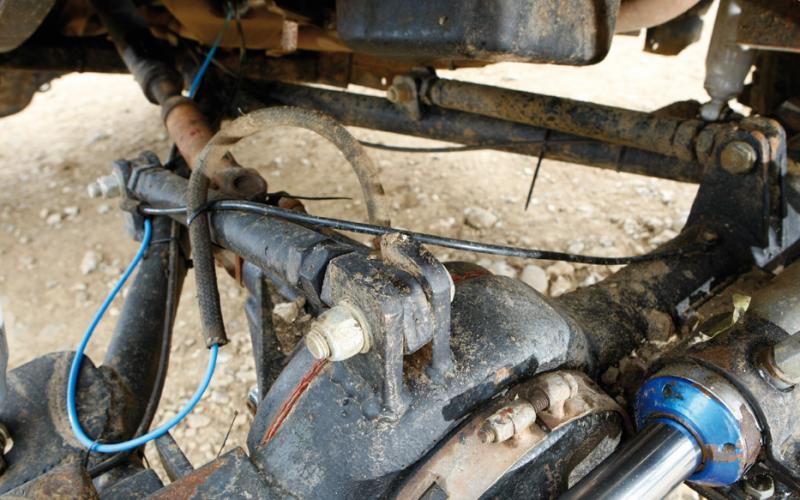 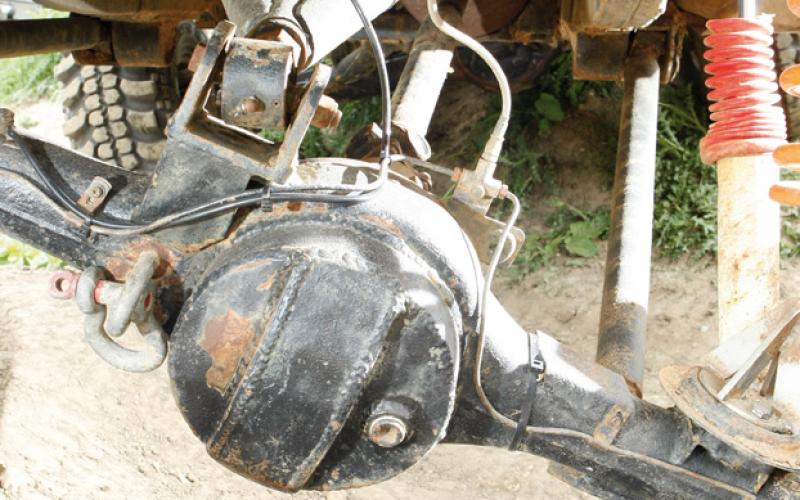 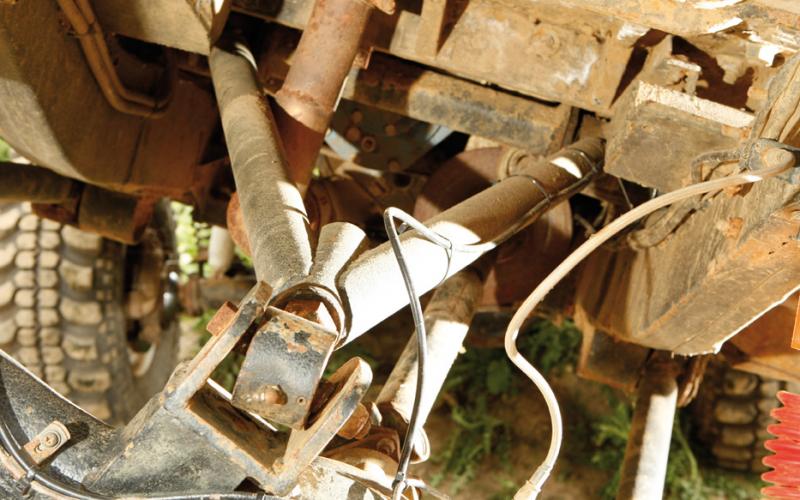 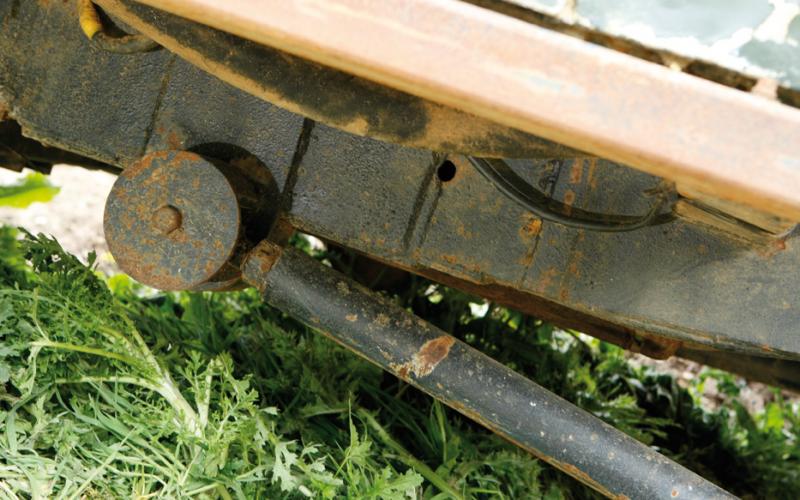 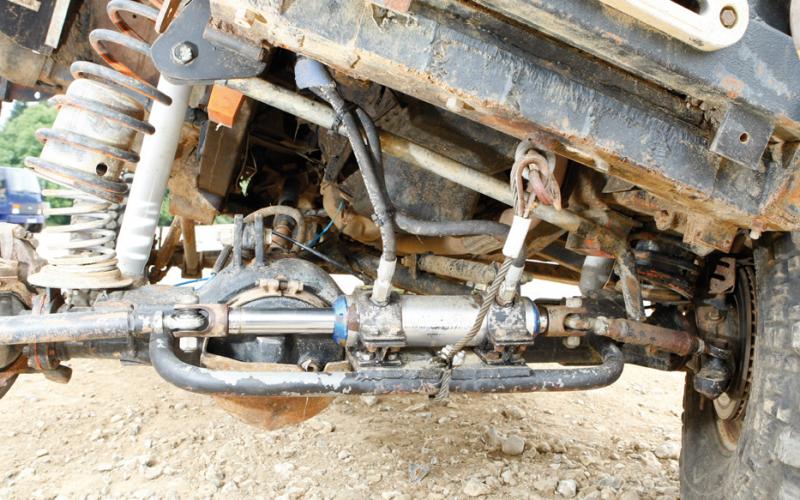 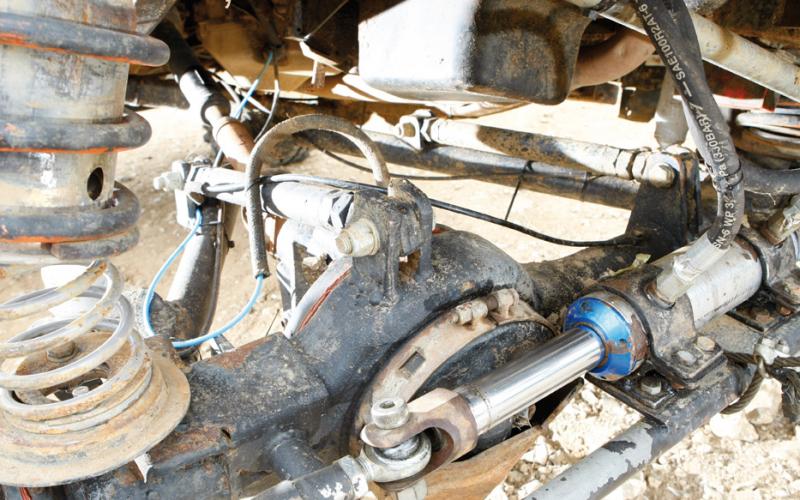 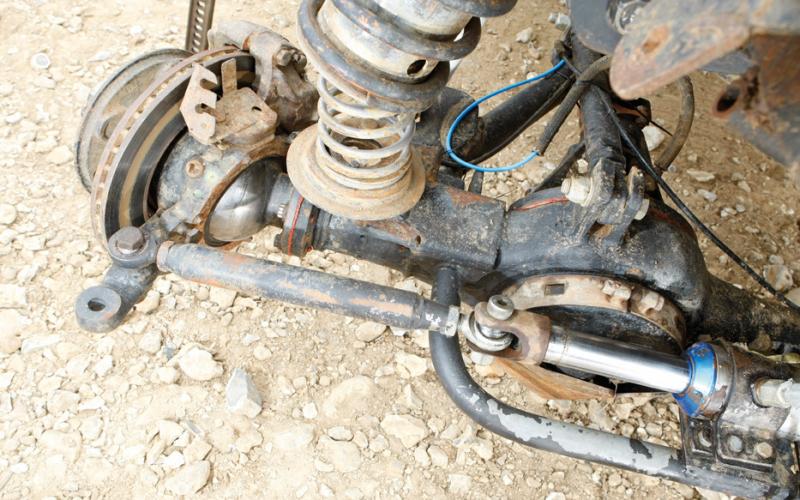 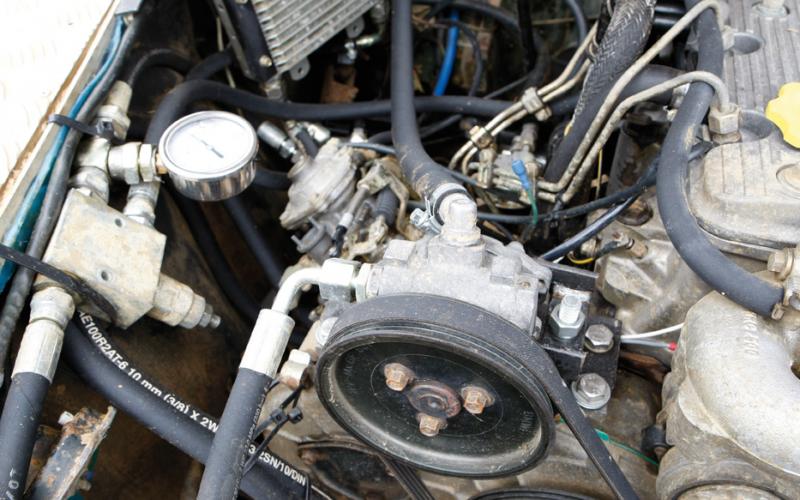 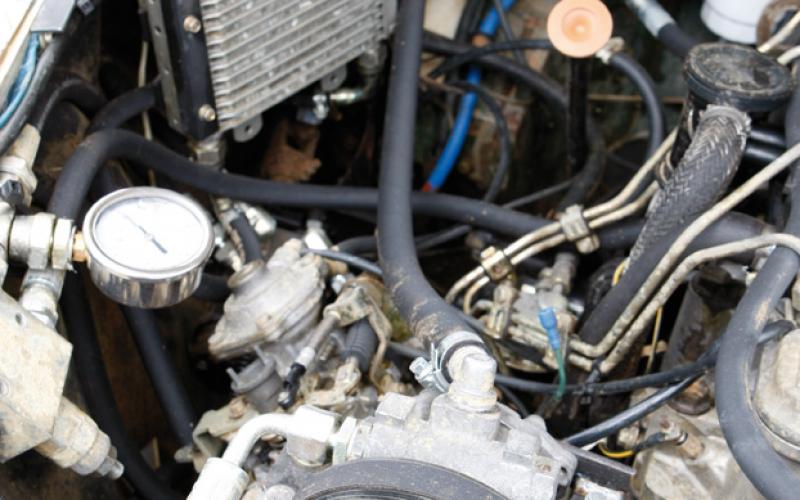 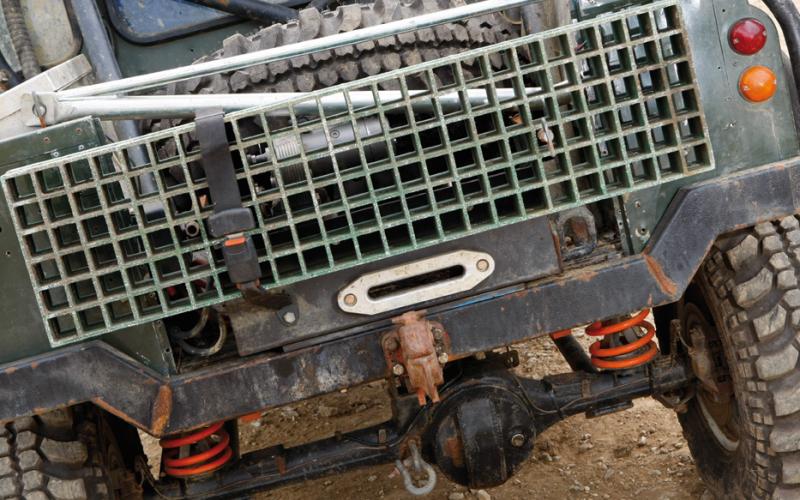 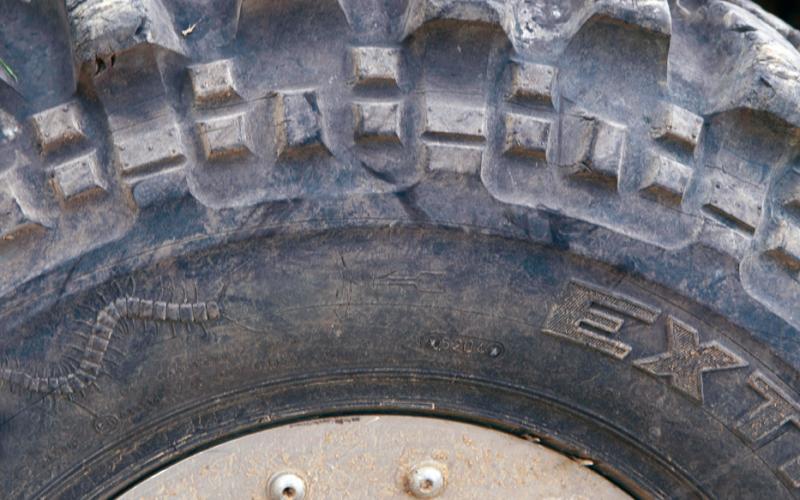 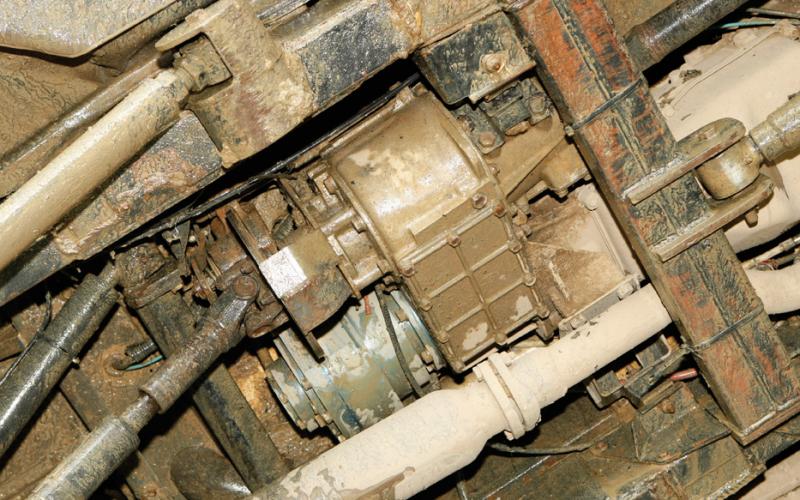 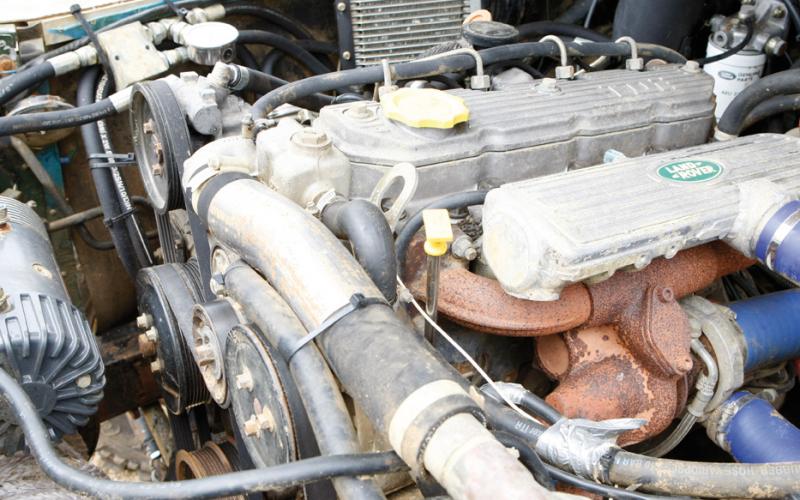 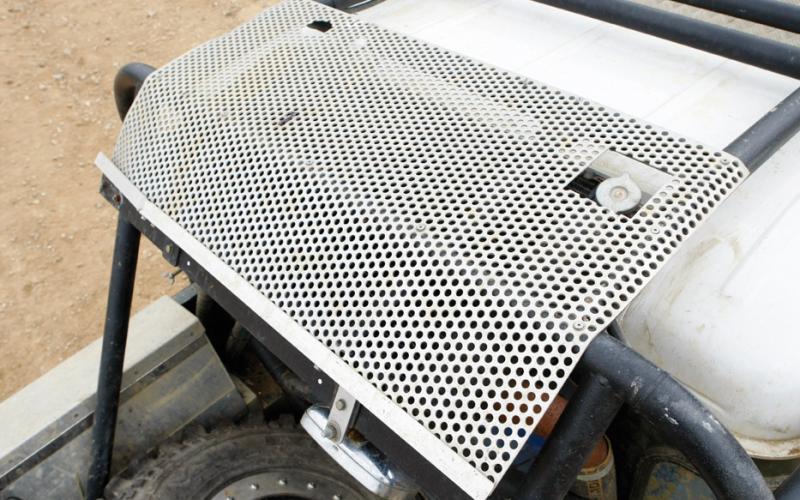 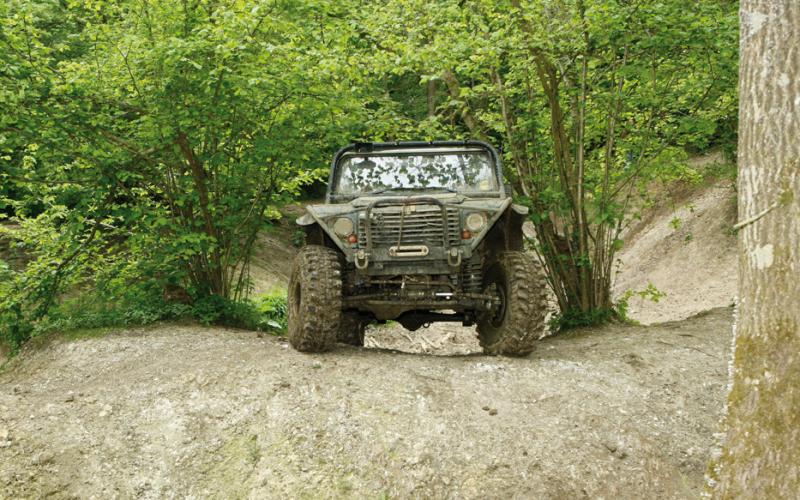 Gary Andrews used to race dragsters, and now he’s aiming to climb to the top of the Howlin’ Wolf Challenge. Well, it’s about time. He has been off-roading for more than three years, after all…

Drag racing doesn’t often lead to off-roading, unless your hot rod’s steering breaks very catastrophically towards the end of a quarter-mile. But for Gary Andrews, the gentle mercies of the Howlin’ Wolf Challenge have replaced the glamour of burning rubber at Santa Pod.

‘Drag racing had become too expensive, and some of my mates were into off-roading,’ says the 44-year-old Southampton plumber. ‘They encouraged me to get involved.’

This is the point at which sensible people have a few drives, look out for a good standard vehicle, try that, then gradually, over a period of years, add modifications to improve its performance. Not Gary. Here’s a bloke who pinches his nose and jumps in.

‘I got an 88-inch Series III with no engine or gearbox and built a virtually standard V8. Almost straight away, I realised you needed more than that to keep moving,’ he told us. ‘I had a mate who was into rock crawling and saw some of the technical features in American magazines. I thought “So that’s what you do,” and set about building something similar.’

The result goes well beyond a bit of accessorising: ‘The only thing left from the Series III is the bulkhead; enthusiasts will recognise the clap-hands wipers,’ confesses Gary. The remainder is 20% off-the-shelf custom parts and 80% Gary Andrews – who’s built a unique off-roader with astonishing axle articulation and ability. It’s hard to believe that its author has spent just three years in the strange world of 4x4s…

Gary’s love affair with the V8 was short-lived, the original build having given him endless problems. ‘I eventually went for the 300Tdi engine with an automatic gearbox,’ says Gary, who bought a Range Rover donor vehicle. ‘It’s more forgiving and has less to worry about. I do have a very heavy right foot, and the auto box helps reduce my tendency to wheelspin.’

Not so much that the transmission fluid didn’t overheat, though, so among relatively few modifications Gary has made was to replace the original oil cooler with a Laminova water-to-oil cooler, which uses the engine coolant system to do its job.

Mud-clogged radiator cores are the bane of the lives of many off-road drivers, so the radiator was moved to a roof-top position and guarded by a perforated steel screen: ‘It’s just as well I’m not tall, or I’d be bumping my head on it!’

Gary also ditched the original intercooler in favour of a charge cooler, which not only reduces turbo-lag and smoothes and improves boost pressure, but is better suited to low-speed performance. The fuel pump’s been tweaked to deliver a bit more fuel, too.

The engine breathes through a home-made snorkel which runs up alongside the roll cage and draws in air from behind the roof-mounted radiator.

And that’s about it. In the pictures, though, you may or may not recognise a hefty BMW 7-Series steering pump, made by ZF. We’ll explain what that’s for a bit further on…

As mentioned, Gary’s stuck with the venerable ZF4HP automatic gearbox, primarily because it shields the transmission from the shock of his heavy-footed driving. This gearbox is tough; aside from the slight weakness of the one-way clutch, it’s usually problem-free.

When BMW bought Land Rover, it needed support vehicles for its Dakar motorcycle team in a hurry, and ended up running two V8 Discoverys in the 4x4 section to meet the rules. Against the wishes of BMW, it was given automatics. The wisdom of the decision by Land Rover was borne out in the result; the bikes weren’t placed, but one of the Discos came third…

One of the joys of running an auto is the smoothness with which the power is laid down very progressively, helping to eliminate clutch snatch and, indeed, burnt-out clutches.

The output shaft runs to a standard LT230 transfer box and then through an Ashcroft Underdrive unit – a secondary reduction unit that bolts to the PTO flange and gives two additional, extra-low ratios for Challenge events. The feeble Land Rover transmission brake has been replaced with an X-Brake from X-Eng.

‘Thinking back, it was a spur of the moment thing. It would probably have been easier to shorten the front of the car,’ he says now. We live and learn…

The axles are much modified from the stock item, using mainly Ashcroft modified bits. Gary’s a big fan of Ashcroft, not least because of the company’s service and back-up, but also because they’ve stuck by their guarantees despite the brutality of his driving.

The Ashcroft 4:11 ARB diffs help the giant wheels turn at the right speed. They are complemented by super-tough Ashcroft shafts, CV joints and ends.

The rear axle has an additional winch point welded to it next to the diff housing, helpful for recovery when the axle’s dropped deep into mud. In those situations, the tendency is for a chassis pull to plough the axle deeper still.

Here’s where the real innovation went into Gary’s Landy. The system of linkages he’s devised allow for a massive five feet of articulation.

I perhaps should say that again; one rear wheel can be propped five feet in the air with the remaining three wheels on the ground. To get this degree of articulation, Gary had to think along some lateral paths.

Helpfully, Gary parked the vehicle on its side during our photoshoot so you can get a better idea of what’s going on underneath. Look at the front; a triangulated, single-link A-arm is pivoted at the centre point of the chassis: ‘This gives you no bind on the twist,’ he says.

The front suspension is provided by 15-inch Pro Comp shocks and springs with X-Eng X-Flex springs inside instead of dislocation units. The rears are Pro-Comps, but with Gary’s own dislocation system, which he sells on the challenge circuit.

The lengthened trailing arms anchor in a Rubicon Supa-Flex front pivot point, the housing fabricated by Gary, and the home-made A-arm is also lengthened. The shocks are 12-inch American units.

While we’re in this area, the steering system needs explaining. Developed from rock-crawling systems, Gary’s uses the ZF pump from the 7 Series BMW driving a ram in pace of the steering box.

‘I got fed up with leaking steering boxes,’ says Gary. ‘You get lighter steering but the downside is that, because you lack a mechanical connection to the steering, you have to enter a different class in competition.’

As you can see, the bodywork now has only a vague resemblance to a Land Rover. The Series III front has been replaced with bits from a Defender, the back’s had eight inches removed and, as mentioned before, the front axle’s three inches further forward.

Then there’s the rollcage, a combination of bought front and rear hoops braced and tied into the chassis with lots of TIG welding. But that’s not all.

The home-made, heavyweight rock sliders built from box-section steel double up as the air tanks for the diff lockers – a good way of making the best of the little space he had available.

We’ve already mentioned the rad hidden up in the roof, while behind it in the load bay there’s an aluminium locker, an X-Eng ground anchor and, tied to where the tailgate used to be, a set of waffle boards.

The rear winch is a Warn 8274 in the load bay, its Plasma rope (not shown in the pictures) running through a simple fairlead. At the sharp end, the Defender front hides another 8274, this one with an XP six-horse motor and Plasma rope, the fairlead exiting between the jate rings.

Tyres are 35x11.50R15 Simex Extreme Trekkers, held in place by Gary’s own beadlocks – another item innovative enough to be made by him in number and sold in challenge circles.

If you like the look of Gary’s Landy, you’ll need a big wallet to get it off him. It’s for sale… maybe.

‘I think it’s cost something in the region of £12,000 to £15,000,’ he says. ‘That’s without all the breakages. I must be the unluckiest bloke alive because despite doing everything I can think of to the car, I’m still breaking things.’

That’s not the reason the truck’s up for grabs, though. Gary’s nursing a collection of other spares and has ambitions – when a garage has been built at his new home – to buy a spaceframe and build an even more extreme machine. His reluctance to sell the previous model is mainly down to a need to scavenge a lot of the parts from it, perhaps for a 110 he’s building, though he says the right offer would secure a deal.

‘I’ve seen the ideal base chassis – an ex comp safari frame. I’m looking at doing another 300Tdi auto, and fitting the chassis with a pair of Unimog axles, again with hydraulic steer.’

He’s a man on a mission: ‘I’d like to get myself into the top five at the Howlin’ Wolf Challenge,’ he says. ‘I’d like to be as good as Chris Abel. But I’d settle with getting one win from the eight events.’

He’s just hoping his partner Sandy can share in his ambition: ‘She comes out with me now and then, but I’m really grateful to her for putting up with me.’ You don’t need to be a former drag race daredevil to know how that one feels…